The next great city on The Way lay just 24km away from Reliegos and León seemed well within reach from there.

In the luxury of my solo occupation of a four bunk bedroom however, I’d not been gently awoken by the rustlings of rucksacks being repacked and I was a little behind in waking myself up.

Nonetheless, I made good time to the next spot on the map for breakfast at Mansilla de las Lumas – and here I was made aware of a choice.

The remaining 18km to León would be largely mundane, taking pilgrims through industrial estates and the outer suburbs of the city – and a bus service was available for those who wanted it.

It seemed like this would be an almost immediate penance for the two day bike interlude if I buckled down and walked this less than lovely lap of the Camino – so I did.

In truth, it really wasn’t that bad and I was waylaid by two nine year old girls selling Camino souvenirs, so I now have a very bright peace rune in my pocket too.

The final three or four kilometres showed a city sprawling thoughtlessly outwards from its Roman boundaries and it was a relief to arrive at the Benedictine albergue, a huge dormitory of bunk beds.

There I met George again, from a week ago in Cardeñuela Riopico, who was very keen to tell me he’d walked 52km that day.

More happily, there was Tabita again and we lazily spent the afternoon in bars and gazing in awe at the Cathedral and the Gaudi building here.

It was a little confusing that the admission fee at the Cathedral had to be paid in cash, while there was a credit card donation machine inside.

An almighty thunderstorm rolled across the sky and wet the streets for us to slide across in our flip flops – it was a great pleasure to feel the cool water between my toes.

León is a fascinating and gorgeous city, but it’s going to be just as good to leave her behind and get back on the path again. 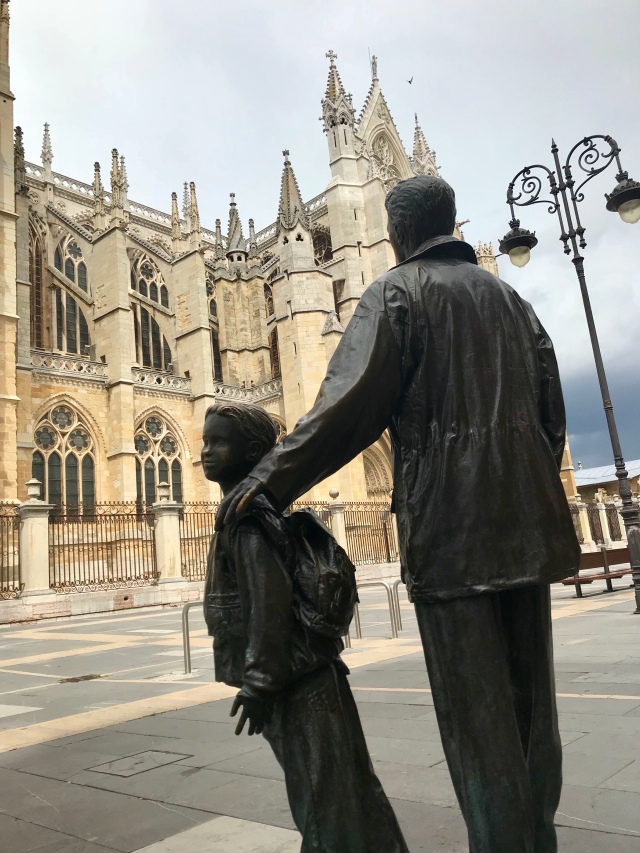 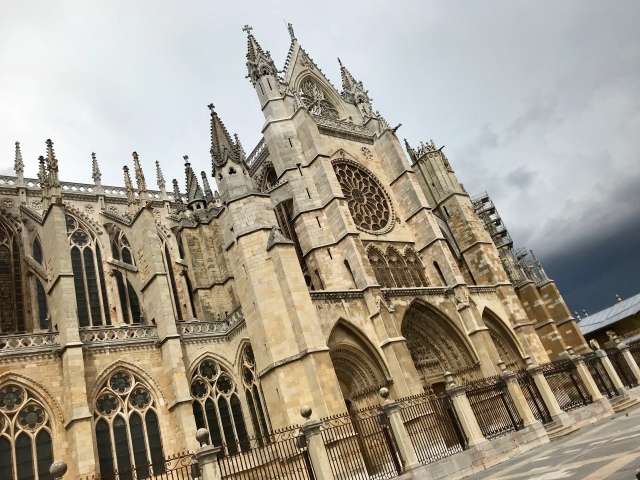 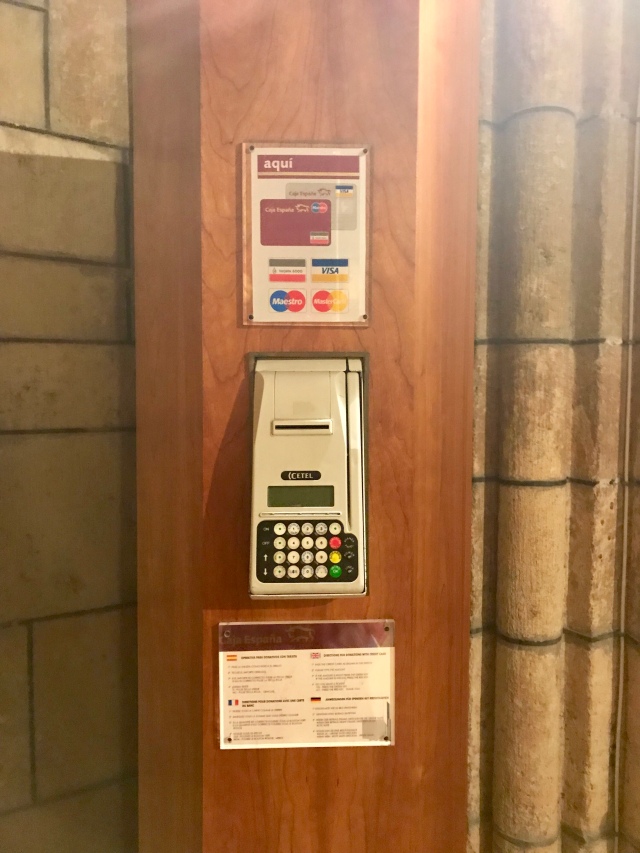 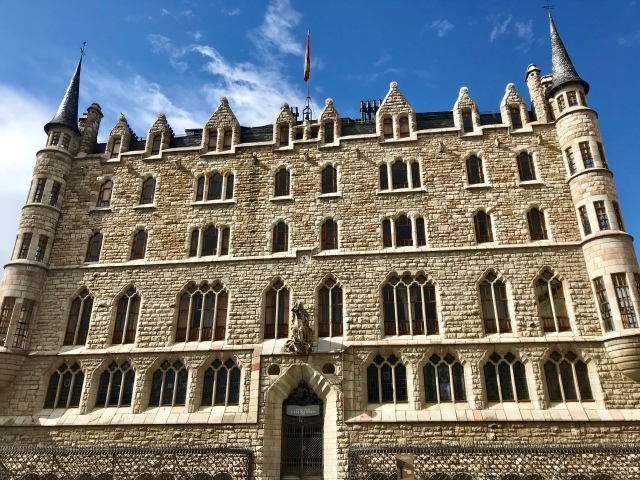 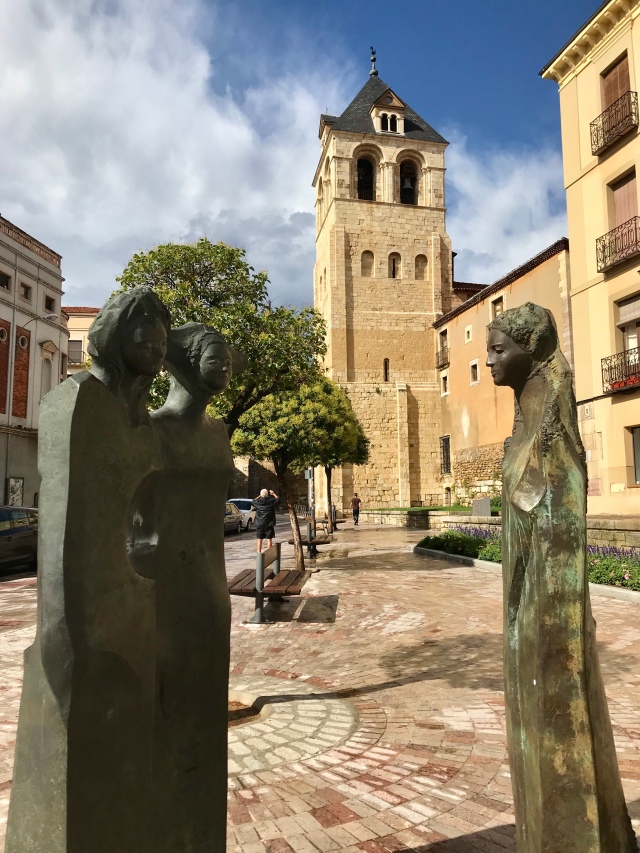 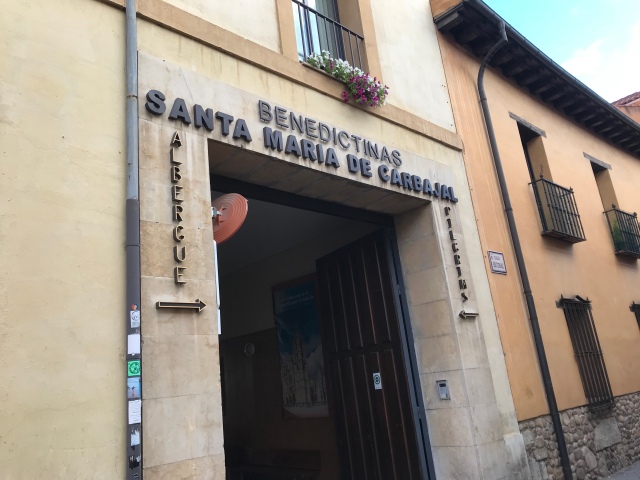 Wonderful location in the centre, quite basic, well martialled by the Benedictines, with row upon row of bunk beds and good showers.

Both Feet Are Rocks

Number of times “Buen Camino” was said: About 30 again, even in the big city.

Unlikely Song Repeatedly Played By My Brain: I Drove All Night, by Cyndi Lauper