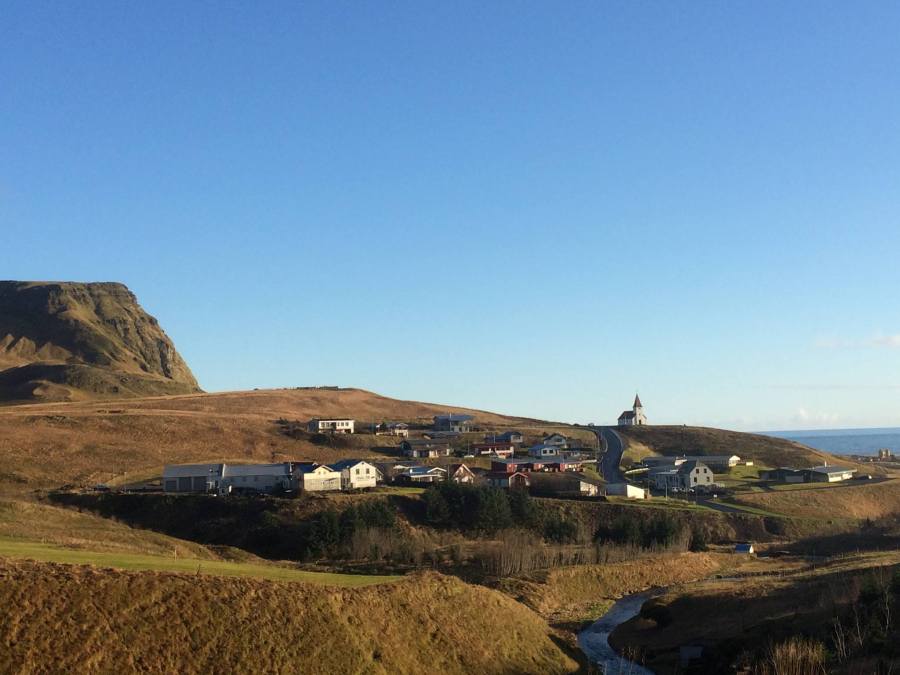 Just like the Golden Circle, South Iceland offers a fantastic range of visual wonders, albeit just a little further away from a Reykjavík base and requiring a full day to fully absorb the highlights.

If time is short, then a straight route to the staggering waterfalls at Seljalandsfoss and Skógafoss and the black sand beach and basalt columns at Reynisfjara is recommended, before looping back for an evening meal and drinks in the capital city.

For those with more time to occasionally veer away from the Ring Road, the 180 kilometres from the capital to Vík have plenty of potential paths to consider as diversions.

Not long after leaving Reykjavík’s built up areas, the lovely nature reserve at Heiðmörk is visible on the right, easily identified by the gigantic red rocks, Rauðhólar, that rise up out of the ground at this point. 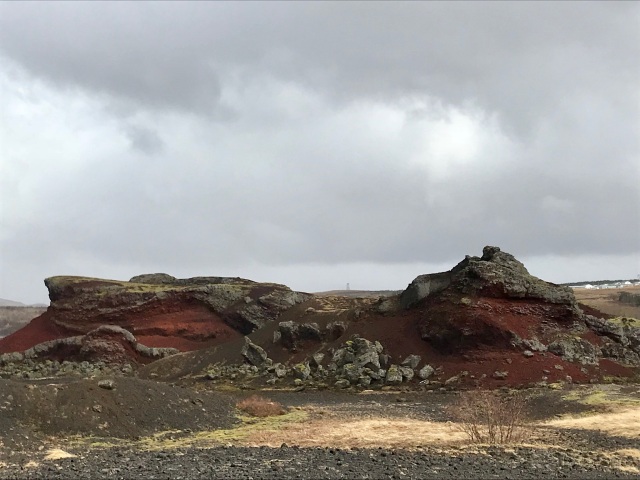 The mountain pass up ahead offers imposing views on both sides of the road, but the Hellisheiði geothermal power station visible on the left adds billowing pillars of superheated water vapour to the image, as well as producing most of Reykjavík’s hot water. 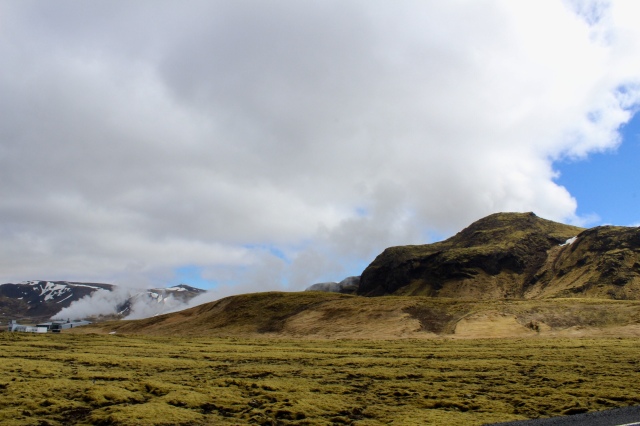 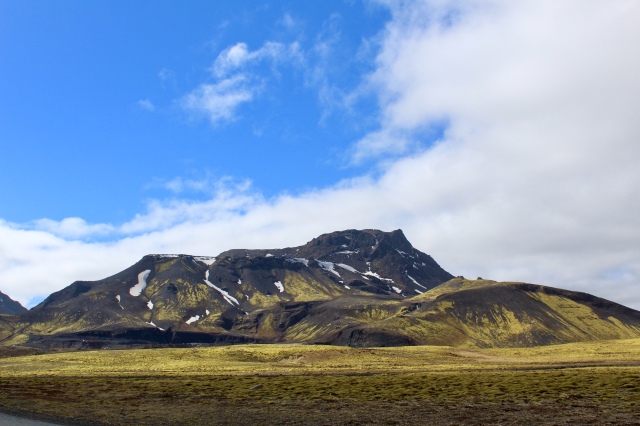 Soon, a right hand fork offers the option of Route 39 and a trip to The Lava Tunnel at Raufarhóshellir, where hour long guided speleological tours depart on the hour to descend deep into an ancient lava tube, providing an opportunity to see some fascinating geological features and to be plunged into total darkness for a spot of sensory deprivation. 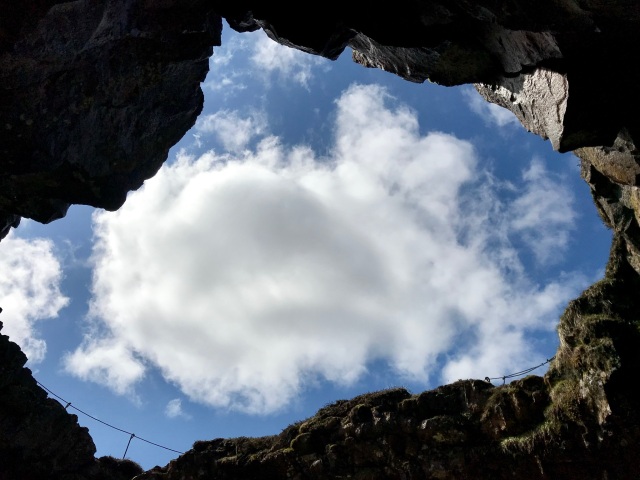 Alternatively, staying on Route 1 soon offers a lay-by with a jaw dropping view over Hveragerði and the joy of driving the sweeping road curves down to the coastal plain.

Hveragerði itself offers a number of good cafes and restaurants as well as the Geothermal Park, with bubbling mud pots, steaming pools and row upon row of geothermally warmed greenhouses. The famed Hot River valley at Reykjadalur is nearby. 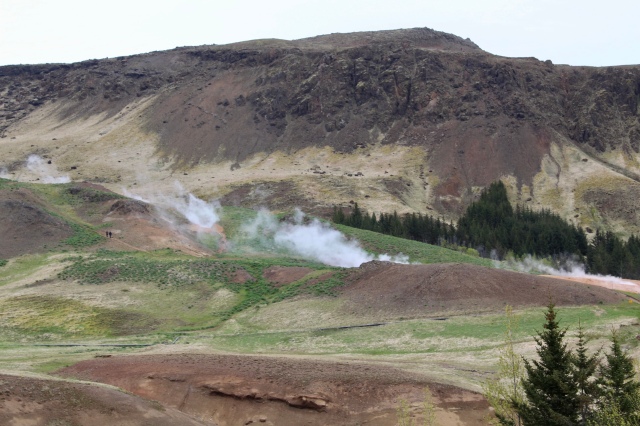 The next stop on the road is Selfoss, which is chiefly important as a refuelling opportunity, but largely unremarkable otherwise. For chess enthusiasts, there is a museum dedicated to Bobby Fischer, who is buried here.

South of Selfoss lie the two little coastal villages of Stokkseyri and Eyrarbakki, with some interesting museums and well-preserved 18th and 19th century houses to visit, as well as the Flói marshland bird reserve and the striking lighthouse at Knarrarós. There’s also a prison to be spotted in between the two villages. 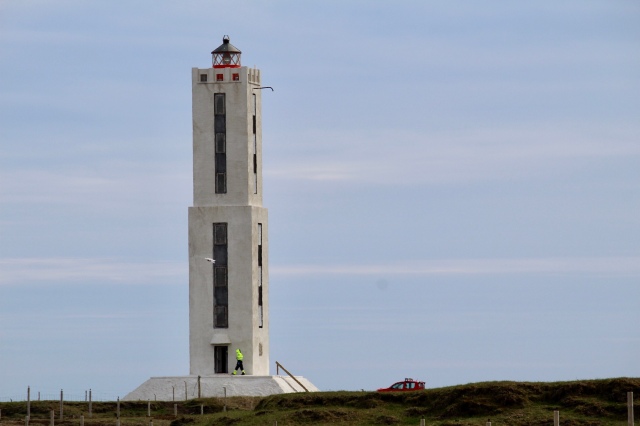 Just a few minutes drive north from Selfoss lies the enormous explosion crater at Kerið, which occasionally doubles up as a venue for live music events. It’s well worth walking down to the water’s edge for a proper sense of perspective on the lake, which does not drain and contains a surprisingly located man made object…

Not long after leaving Selfoss behind, there is a gravel track leading off in the direction of Urriðafoss, a gently descending waterfall, around a 2km diversion off Route 1.

The next potential stop is the new Lava Centre at Hvolsvöllur, with the actual volcano Hekla very visible in the distance.

As Route 1 continues, there’s signs for the roads heading inland to the hiking havens at Þórsmörk and Landmannalaugar, or down to the coast where the ferry to Vestmannaeyjar departs from Landeyjahöfn.

Directly ahead, Eyjafjallakökull will become visible, as will Seljalandsfoss, which offers an unmissable opportunity to walk around a waterfall and nearby, the Gljúfurárbui waterfall cascades into a secluded cavern. There’s a small fee to park here.

A few minutes further on lies Skógafoss, surely one of the loveliest waterfalls in the world. A free car park allows plenty of time to get as close as you wish, as well as for climbing up to an observation platform above its 62m drop. 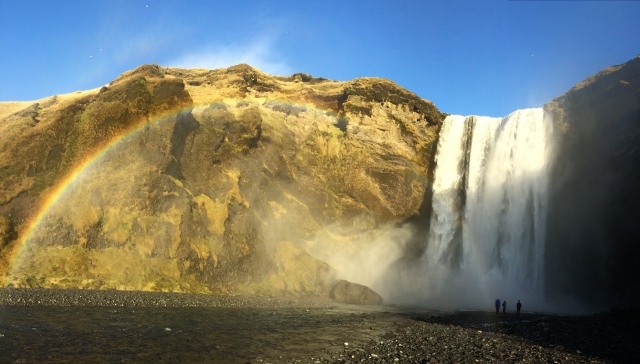 Nearby lies the splendid Skógar Folk Museum, which covers all aspects of Icelandic life, including turf roofed farm buildings.

In recent times, an unusual tourist stop has been a pilgrimage to the plane wreck at Sólheimasandur, where the remains of a US Navy Dakota lie forlornly on a desolate black sand beach, having crash landed there in 1973.

Google Maps might take you a little way past, so keep an eye out for the recently built parking area on the coastal side, which then leads to a mostly flat, but occasionally awkward gravel path for a 45-50 minute walk to the plane itself.

An alternative diversion is the Solheimajökull glacier, which is possible to approach quite closely using the bumpy Route 221 from the Ring Road and to actually walk on, so long as it’s with guides. 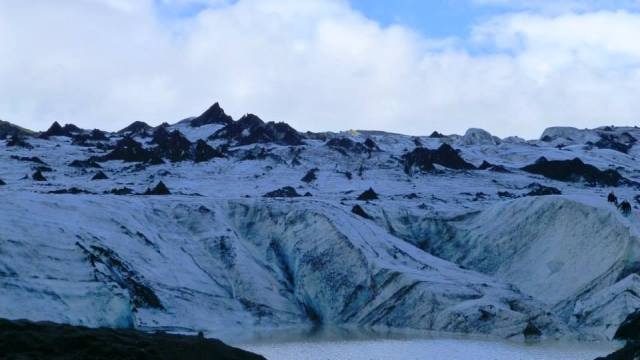 Heading towards Vík, the point of interest is Dyrhólaey, which grabs the attention with its very recognisable rock formation reaching out to sea.

Then comes the stark and spectacular black sand beach at Reynisfjara, a few kilometres off Route 1, with a cliff full of basalt columns, crashing waves and a closer view of the Reynisdrangur stacks. Be careful at the water’s edge, as the waves can come quickly.

Back onto Route 1 and heading over the hills to the east, Vík offers rest, supplies and fuel, as well as some splendid views of the Reynisdrangur from another angle. It’s advisable to fill up here, even if there is a queue.