Moving eastwards from Vík, the landscape becomes more bleak, desolate and unremarkable – by Icelandic standards – as Route 1 makes its way over the moss covered lava fields of Eldhraun, with little to draw the eye apart from the ever increasing bulk of Vatnajökull in the far distance. 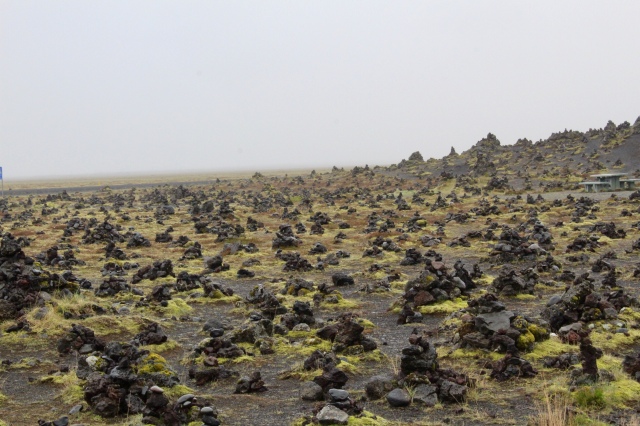 The next major settlement is Kirkjubæjarklaustur, which is chiefly remarkable for the twin waterfalls of Systrafoss and Systravatn, which require a slight detour off the Ring Road back into the town itself. Refuelling here is advisable if less than half a tank remains. Hiking trips into Landmannalaugar and Laki commence from here too. 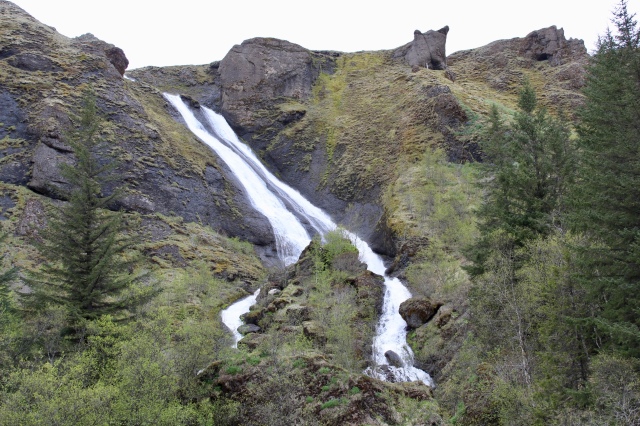 Not much further along, another cascade is visible inland as Siðu appears. It’s a high waterfall with a thin stream that can often be blown sideways by strong winds.

Skaftafell and Svartifoss are now in range, although both spots are set some distance back from the road and require hikes to visit them.

This section of the Ring Road crosses an area known locally as the Sandur and is flat, empty and windblown, with glacial deposits stretching for miles across monochromatic desert plains.

Looming far in the distance is Hvannadalshnúkur, Iceland’s tallest mountain at 2110m high, encircled by glaciers and trying its best to stand out from Vatnajökull itself.

An unexpectedly English looking scene is soon on hand at Sandfell Öræfi, where a single rowan tree stands proudly against the mountain scree. 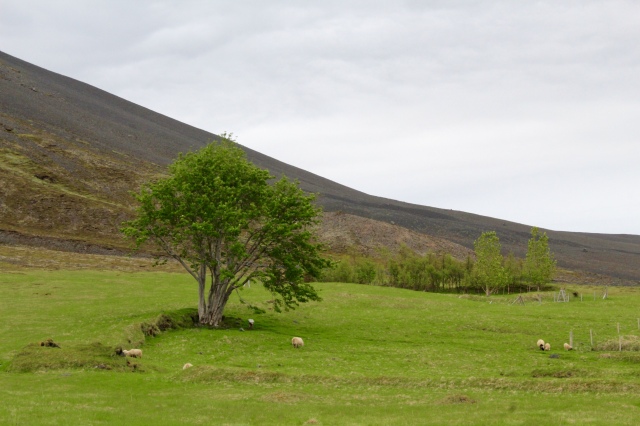 Not long after this comes the jewel in the crown of Iceland’s South Eastern corner, the almost indescribably wonderful glacier lagoon at Jökulsárlón.

A visit to Jökulsárlón can divided into four quarters, bisected by the Ring Road and again by the tidal Jökulsá river that creates a back and forth flow between the glacial lagoon and the sea for the luminous icebergs slowly making their way out into the Atlantic Ocean.

The lagoon can be viewed from both sides of the bridge that straddles the river, with a large car park and cafe on the eastern side, along with the options of boat trips out on the water to get even closer to the icebergs.

Alternatively, a small hill provides for a fantastic vantage point across the lagoon.

Down towards the sea lies the Diamond Beach, where smaller remnants of the bergs lie strewn along the black sand beach, with spectacular shapes carved by the perpetual battle between ice, wind and water.

The last potential stop before Höfn is the Þórbergur cultural centre, offering an eclectic range of art exhibits, a heritage museum and a cafe.

Höfn itself is well worthy of a short detour off the Ring Road, a pretty fishing town set on a tiny peninsula, offering splendid panoramic views from the Seaman’s Monument at the far end of the promontory, as well as a number of cafes, restaurants and other refuelling options.