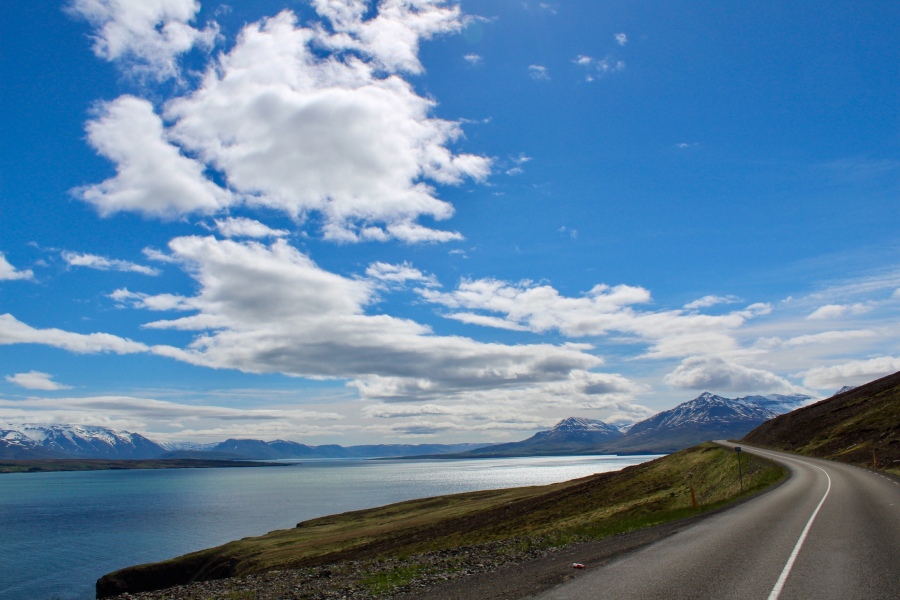 The Ring Road leads west from Akureyri into the Öxnadalur valley region, potentially bringing Reykjavík back into range again within a day’s driving.

Alternatively, instead of taking a relatively unremarkable passage back towards the capital city, there are some northern peninsulas that will definitely reward a diversion away from Route 1 with jaw dropping drives and picturesque places for perfect pit stops. 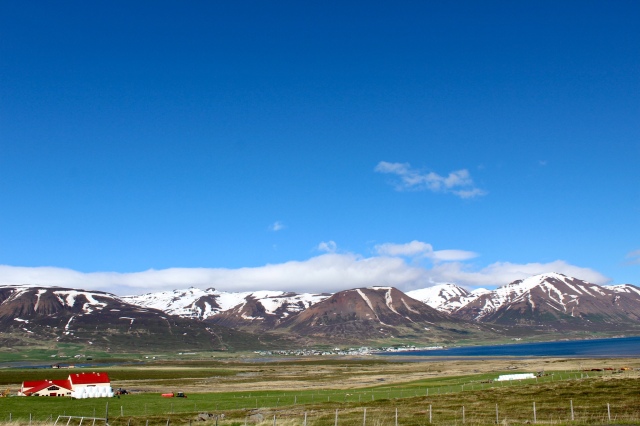 Chief amongst these is the Tröllaskagi peninsula, accessed on Route 82 and taking a glorious coastal route past the beer bath spa at Árskögssandur and the ferry to Hrísey, through Dalvík and onwards through impressive road tunnels to Ólafsfjördur and Siglufjörður before circling back past Hofsós to the Ring Road on Route 76.

Route 82 courses through a lush agricultural area, nestling alongside Eyjafjörður, providing fantastic views across the water to mountain ranges opposite. 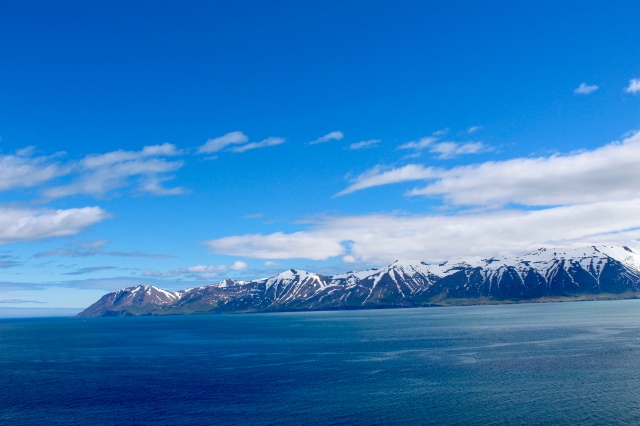 Árskögssandur has two attractions – the rather sophisticated spa at Kaldi Beer Baths and the departure point for the two-hourly ferry to Hrísey, the second largest island in the country. 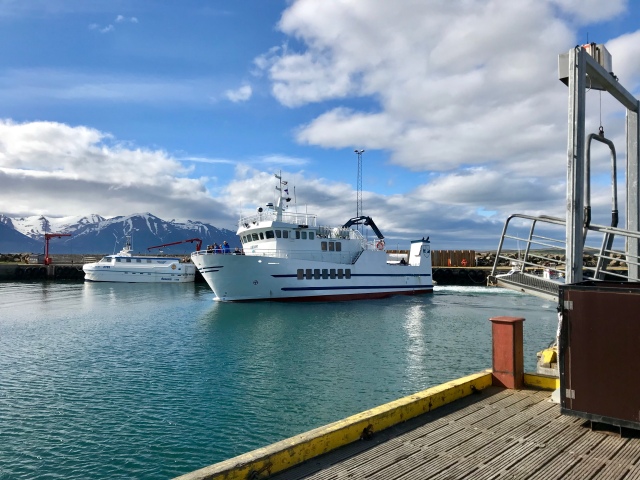 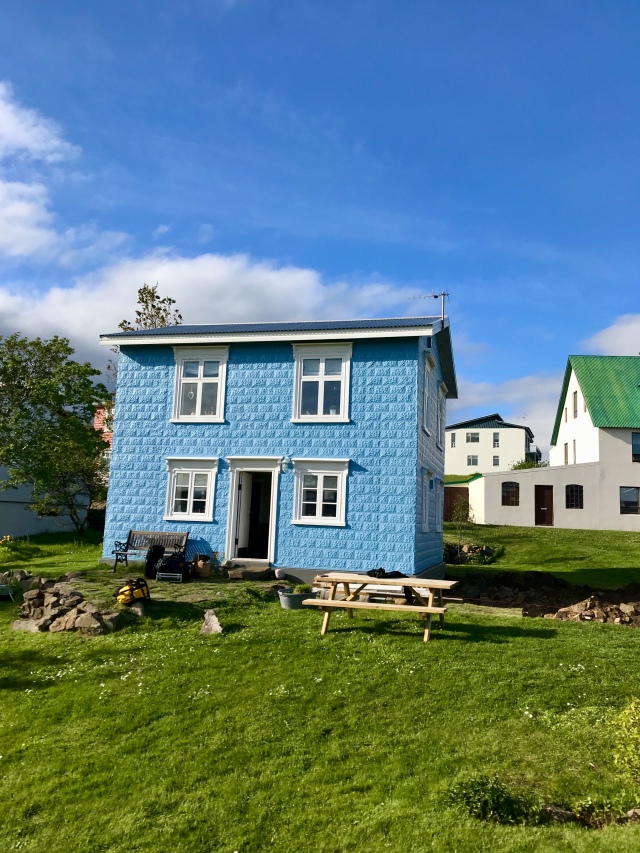 Hrísey certainly warrants a visit of its own with hiking trails, pretty houses and a wide range of birdlife. 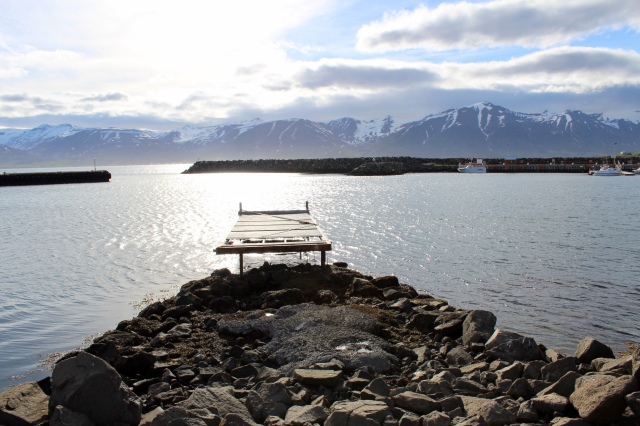 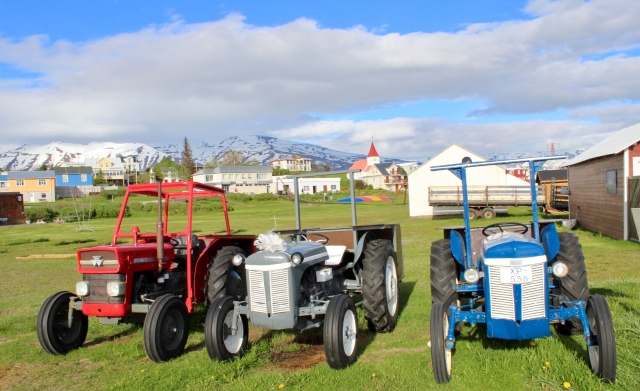 Dalvík is the next stop on Route 82, with its own ferry link to Grímsey and a little folk museum too. 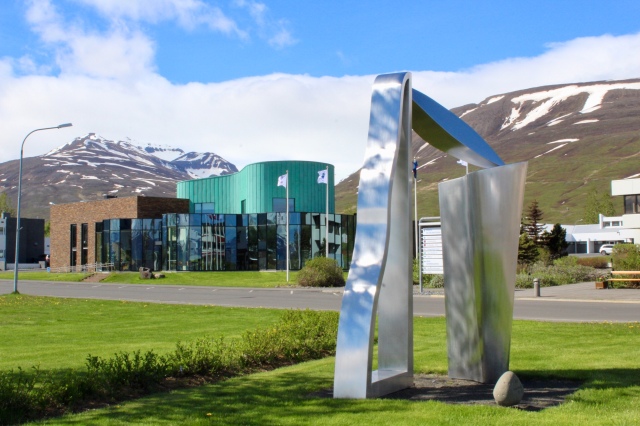 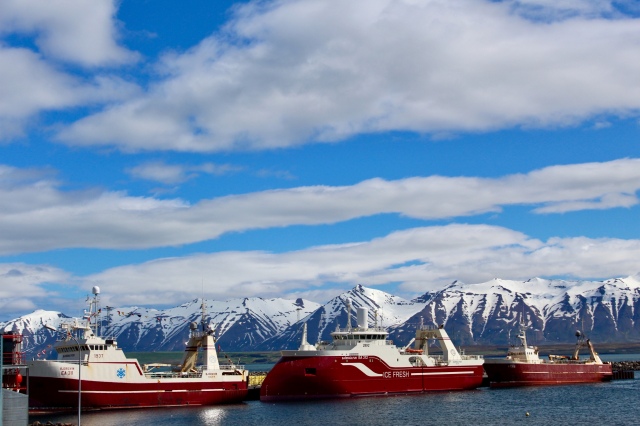 Not long after Dalvík on the northward track, a lovely waterfall can be seen cascading into the fjord. 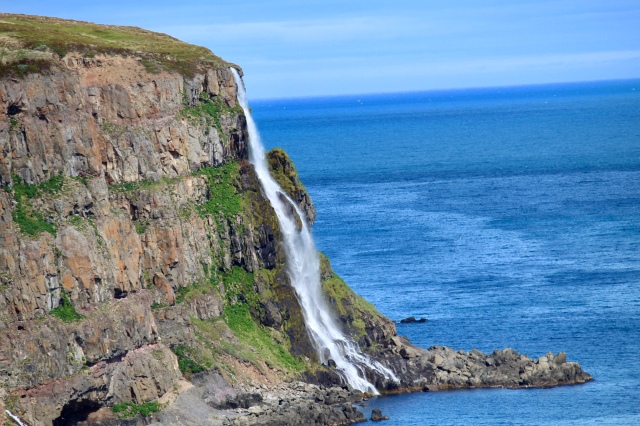 There’s then a 4km one lane road tunnel to Ólafsfjördur with recesses, giving priority to Dalvík bound traffic.

Ólafsfjördur is a pleasant fjord-heading village, with a number of food and drink options, including the lovely Kaffi Klara which still retains some of the features of its past history as the telegraph office. 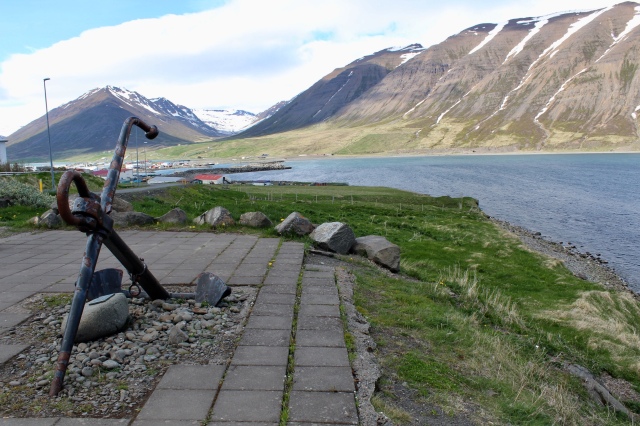 There are two further road tunnels from Ólafsfjördur to Siglufjördur, both two lanes, one of 7km and the other at 4km. 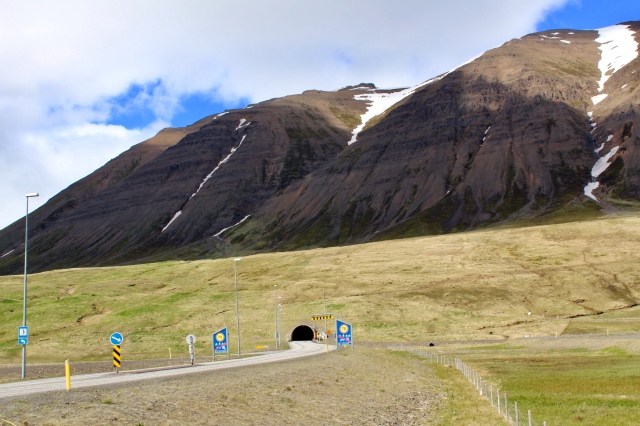 Siglufjörður is a lovely little fishing village on the tip of Tröllaskagi and it’s very well served by a range of restaurants and cafes, along with the intriguing Herring Era Museum, recording the town’s former status as the centre of this industry. 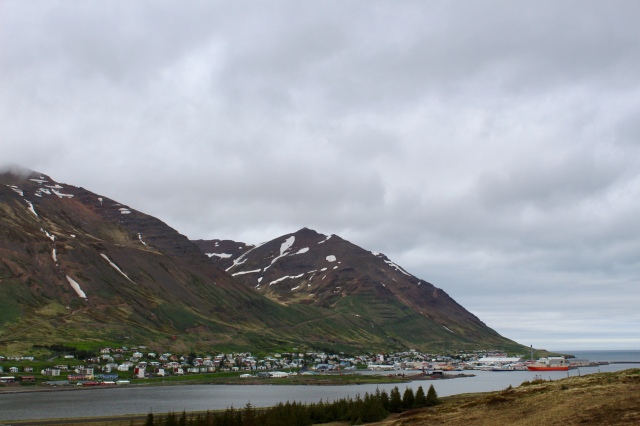 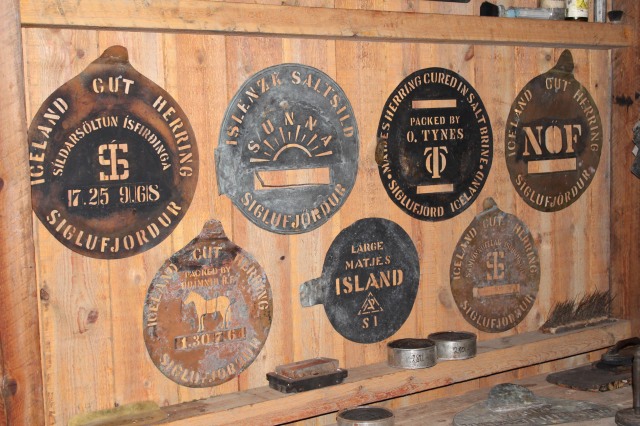 It’s also a base for hiking in the area, surrounded as it is by steeply rising mountains, with avalanche barriers protecting the town. 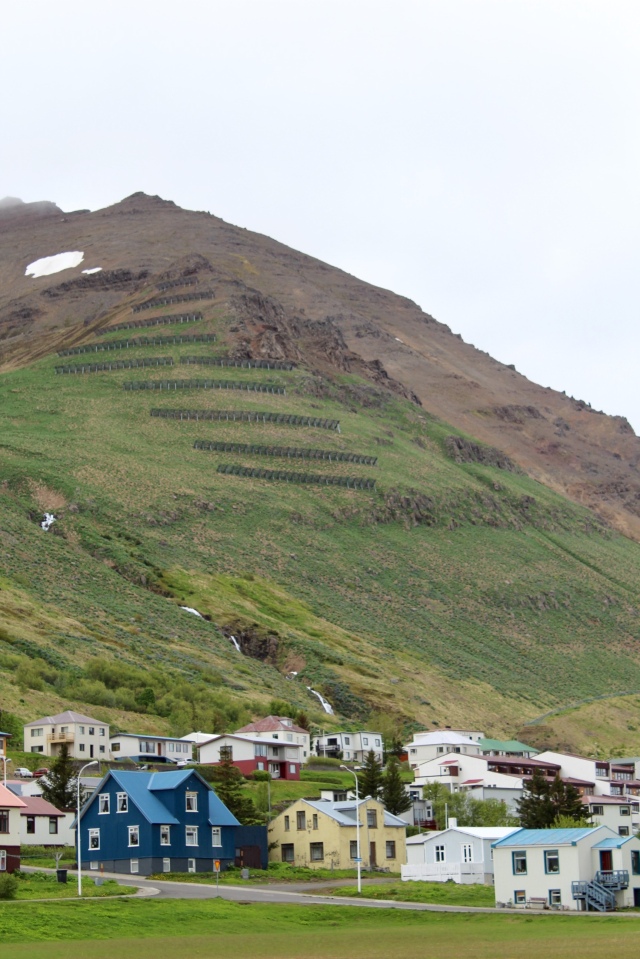 Looping back onto the Ring Road again towards Reykjavík, the Öxnadalur valley contains some gorgeous stretches of road. 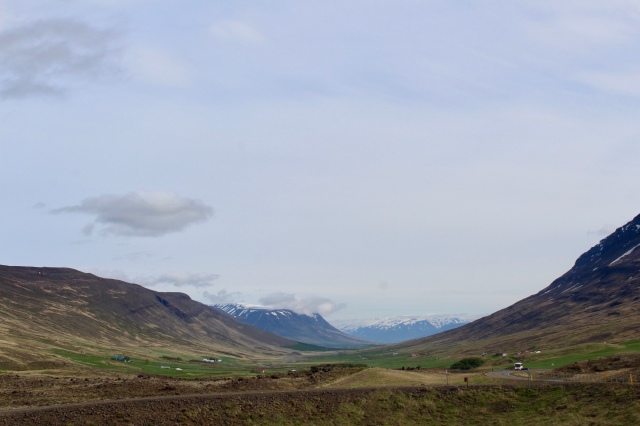 On the northern side of the road, the dramatically peaked mountain Hraundrangi comes into sight, beneath which the revered national poet Jónas Hallgrimsson was born. 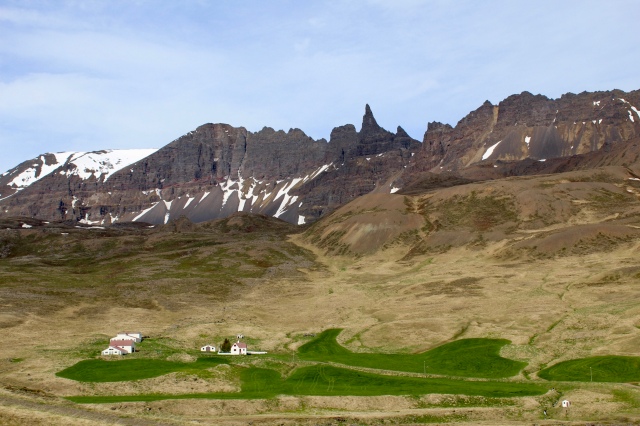 Beyond this point, the road then passes through, desolate country with wide marshland plains, mostly filled with birdlife. By comparison with the rest of Iceland, this section of the Ring Road is relatively unremarkable. 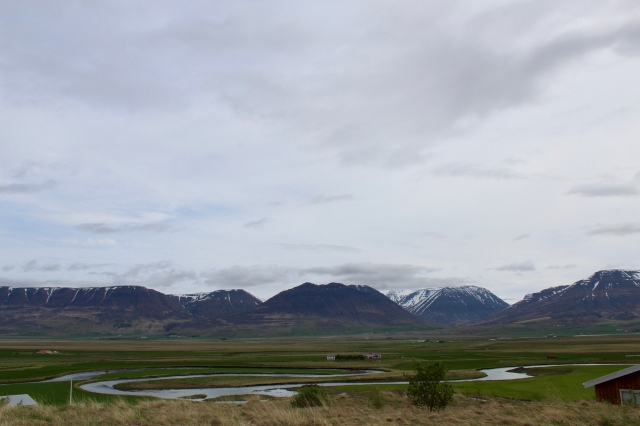 Route 1 will then arrive at Blöndúos with it’s futuristic church and service stations, with another choice to be made – to carry on towards Borgarnes, or to cut through towards the Snæfellsnes peninsula or to head north into Vatsnes. 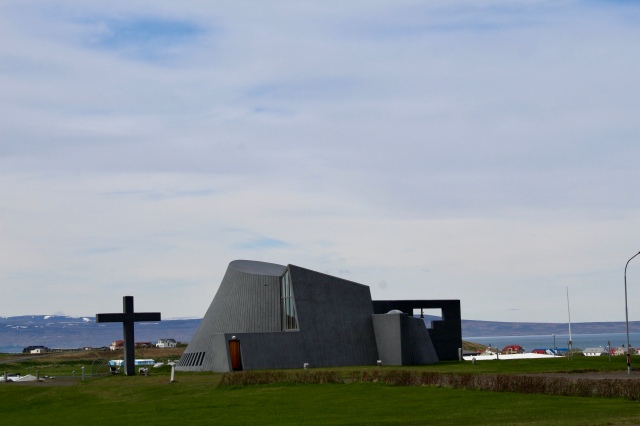 The Vatsnes peninsula offers the prospect of seals, spectacular views across the Greenland Sea and the striking sea stack, Hvítserkur. 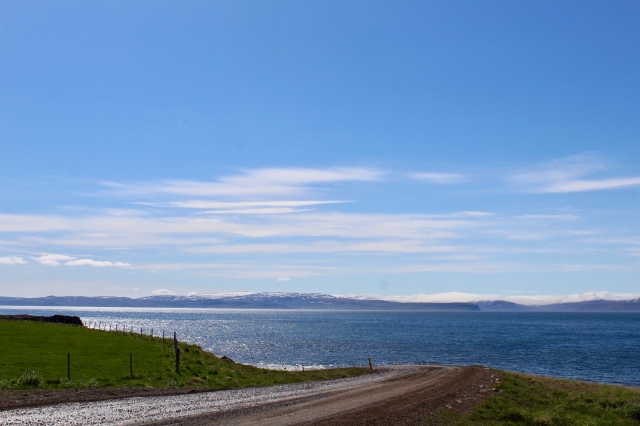 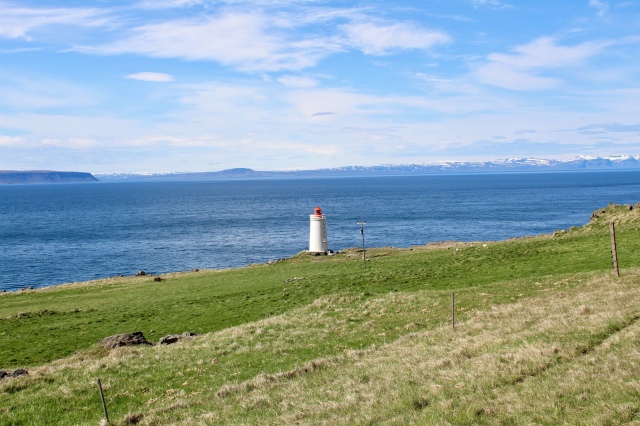 Route 711, which circles the peninsula, is mostly gravel and can be occasionally testing for a 2WD. 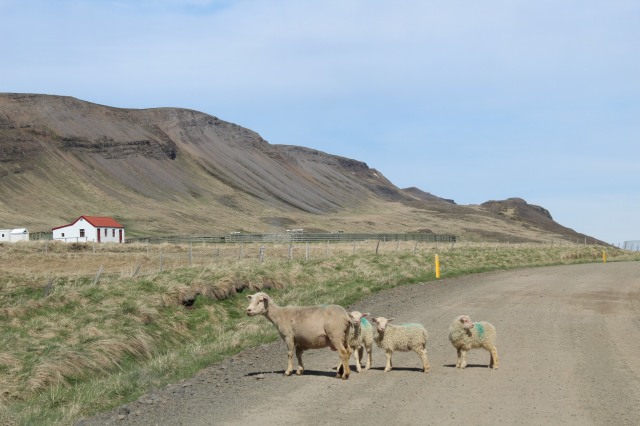 The western side of Route 711 is a slightly smoother stretch of road than the eastern segment, passing the little town of Hvammstangi before reaching a number of seal spotting locations and eventually curving around to Hvítserkur. 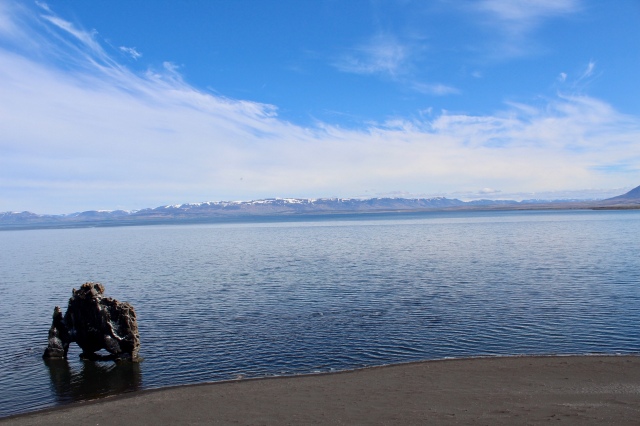 This fascinating 15 metre rock formation, standing alone and separate, isn’t quite as large as it can often appear in pictures and it requires a bit of a scramble down a steep path to get close to it, but it’s easy to approach from a free car park. 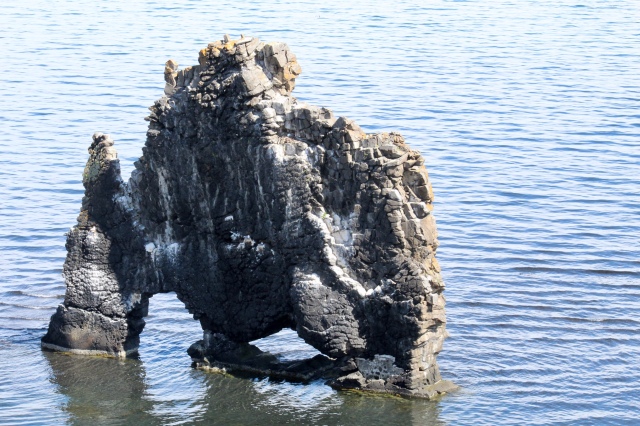 There’s little to see beyond Hvritsekur on the eastern stretch of Route 711, so a loop back to the seals and oystercatchers of Hvammstangi and the relative calm of the Ring Road is recommended. 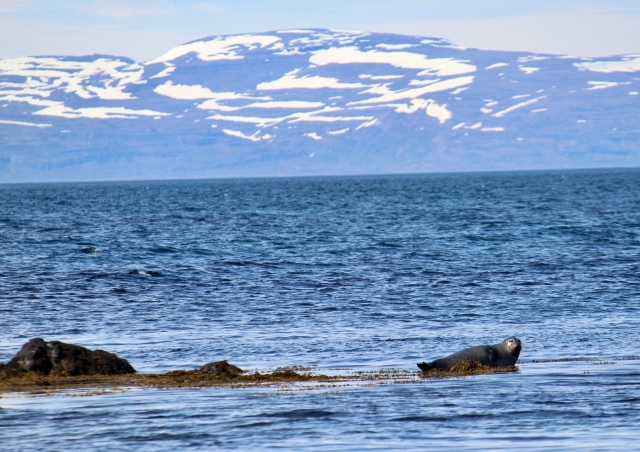 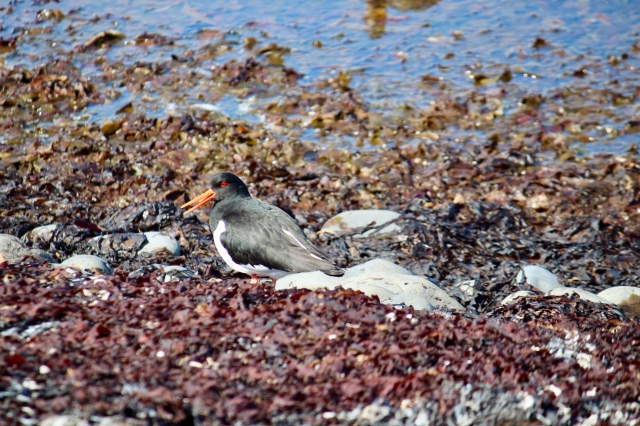