South Iceland is easily the equal of the Golden Circle for offering natural spectacle on one of the most beautiful road trips in the world, all easily reached by car on a day trip from Reykjavík.

Like the Golden Circle, there are three main highlights to aim for – the delightfully soaking “walk around a waterfall” experience offered by Seljalandsfoss, the towering cascades and rainbows at Skógafoss and the dramatic, foreboding rock formations and black sand beach at Reynisfjara, but there is so much more to be found on a 350km round trip between Reykjavík and Vík.

Not long after leaving Reykjavík’s built up areas behind in the rear view mirror, the lovely nature reserve at Heiðmörk provides the first sign of a wilder Iceland as the gigantic red rocks of Rauðhólar rise out of the ground.

Soon afterwards, the mountains start to loom on both sides, with the Hellisheiði geothermal power station adding billowing pillars of superheated water vapour to the image. 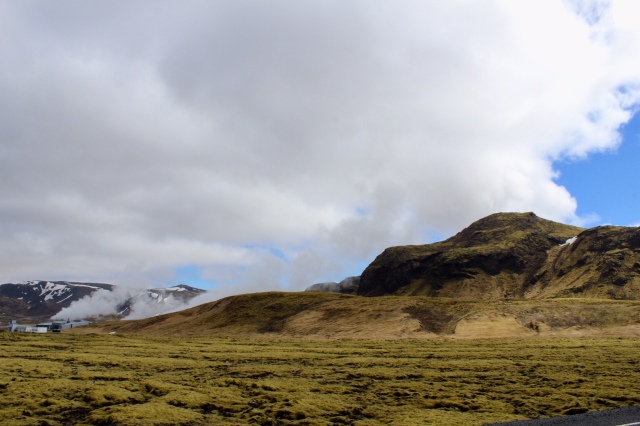 It’s possible to visit the power station to take a closer look at the magnificent engineering processes at work, converting the geological forces below into inexpensive energy supplies for Reykjavík and the surrounding regions. 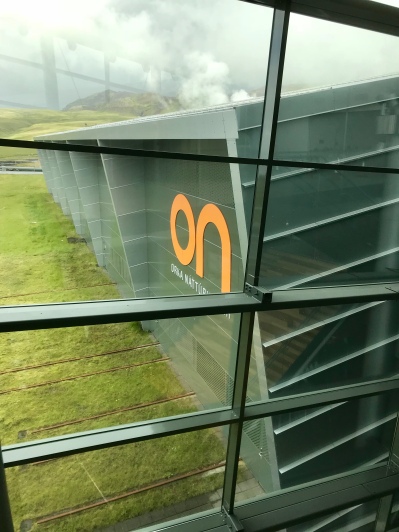 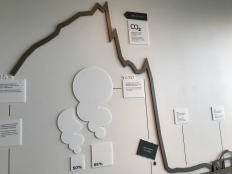 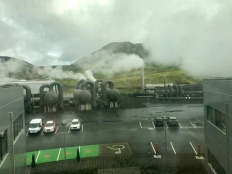 The obvious option now is to follow Route 1 down to Hveragerði and the coastal plain, largely because of the magnificent view from this lay-by and the simple joy of driving down the sweeping curves of the road ahead.

An alternative is to divert onto Route 39 for a visit to The Lava Tunnel at Raufarhólshellir, which offers visitors an opportunity to descend into a lava tube that’s more than five thousand years old. Guided tours are offered on the hour. 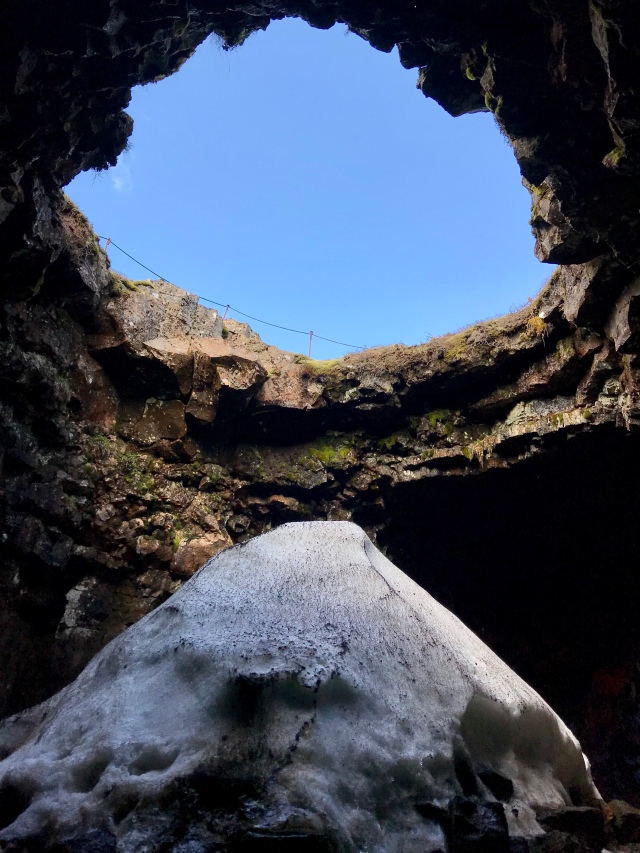 This speleological spot can also be accessed from Route 38, turning right at the foot of the mountain road and then looping back up to Route 39. 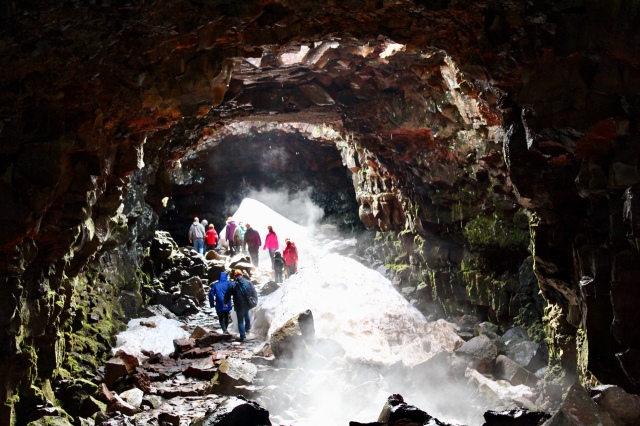 Heading further along Route 1, the first significant stop is Hveragerði, with its Geothermal Park, mud pots, steaming pools and greenhouses, where intriguing food options are also available. Reykjadalur, the hot spring river is also nearby, a short hike inland.

The Geothermal Park is right in the centre of Hveragerði, with row upon row of greenhouses benefitting from the natural power generation on their doorstep.

Since an earthquake in 2008, the water sources have altered and the park itself is largely dry now.

A little further inland from the town centre lies the trailhead to Reykjadalur, with a 3.5km hike required to reach the hot river.

Another option is a look at the twin coastal villages of Eyrarbakki and Stokkseyri, home to some of Iceland’s oldest houses, including the Árnessyla Folk  Museum, which dates back to 1765.

A little further on lies an imposing lighthouse and the Flói bird reserve en route back to the Ring Road provides opportunities to hear birdsong from as many as 70 species. 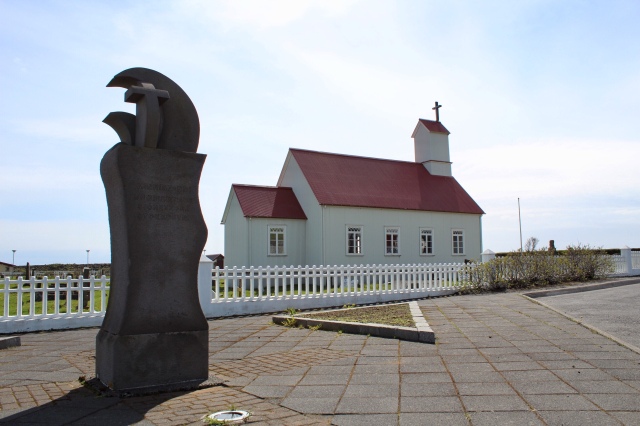 Selfoss follows next and should be regarded mainly as the best place to refuel and pick up supplies until Vïk.

Before following Route 1 towards Selfoss, a diversion up Route 35 is well worth consideration, as it brings the Kerið explosion crater, the significant religious centre of Skálholt and the eco-village at Sólheimar into range. 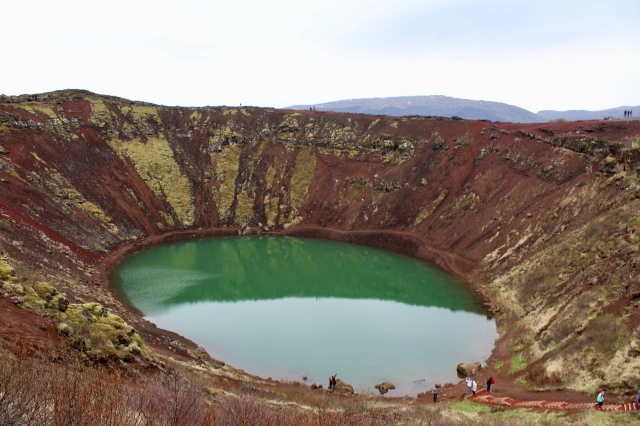 Kerið is a dramatic picture opportunity, with easy access and several splendid vantage points around the red rock rim, as well as at the water’s edge. There is a small fee to access the crater, but there are no toilet facilities. Björk once performed a concert from a floating stage here.

Skálholt is mostly significant as a religious centre, but there are also some excellent views available from this spot.

Selfoss is visually unremarkable, largely being a linear town that lies alongside Route 1 as it rushes onwards to the more obvious attractions further on, but it’s advisable to stock up on supplies here.

Signs for Urriðafoss will appear on the right – it’s a short detour off Route 1 and is described as the most voluminous waterfall in Iceland, but it’s not the most impressive. Be sure to keep to the left as the gravel road forks.

A little further on, a turn onto Route 30 will lead to the Secret Lagoon at Flúðir, although this popular spot can also be reached from Route 35 too.

The next potential stop is the new Lava Centre at Hvollsvöllur, cleverly sited with Hekla in sight inland. 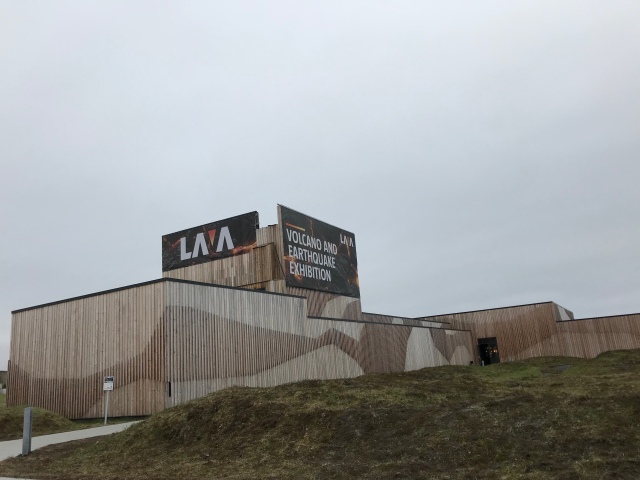 The terrain becomes flatter as Route 1 courses through flood plains towards the escarpments of Eyjafjallajökull, with Seljalandsfoss appearing in the far distance, framed against the rocky outcrops, with mountains, volcanoes and glaciers frequently drawing the eye inland. 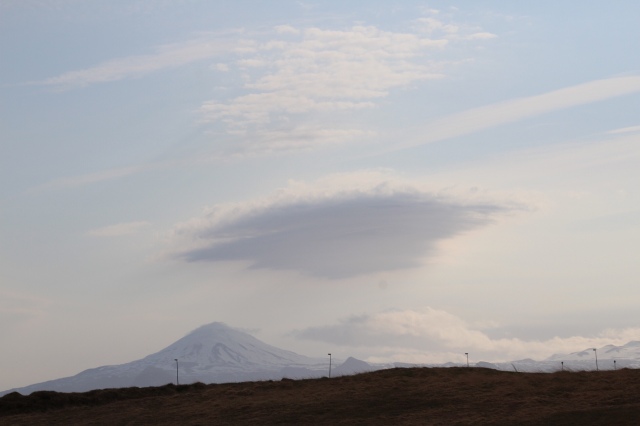 Before arriving at Seljalandsfoss comes the turn onto Route 254 towards the coast for the ferry to Vestmannaeyjar at Landeyjahöfn, while a turn inland will eventually lead to the hiking trails of Þórsmörk.

Seljalandsfoss soon comes into greater focus, tumbling off Eyjafjallajökull from more than 60 metres into a plunge pool with a hollowed out cliff face behind the cascade, allowing visitors to walk all the way around it. This will be a wet and slippery walk, but it’s easily manageable and well worth the soaking. 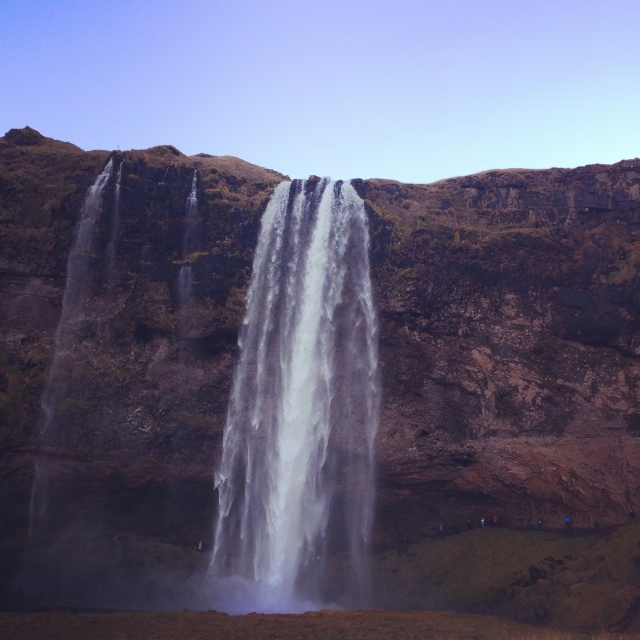 There is a fee to park here.

A short walk away from Seljalandsfoss lies the beautiful hidden waterfall Gljúfrabúi, which cascades into a pool that’s easily accessed through a rock face.

It can frequently be very windy on this exposed stretch of road, with waterfalls being blown upwards and sideways, so it’s wise to be careful of sudden gusts here. 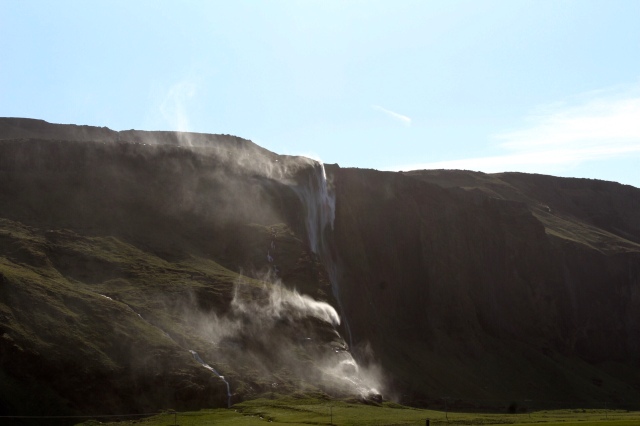 Carrying along Route 1 around Eyjafjallajökull, another ten minutes drive brings Skógafoss into view, another 60 metre cascade that’s immediately visible from the road, with a free car park located close to the falls.

There are steps that give access to fantastic views from the top, although the halfway point offers a fine perspective too. 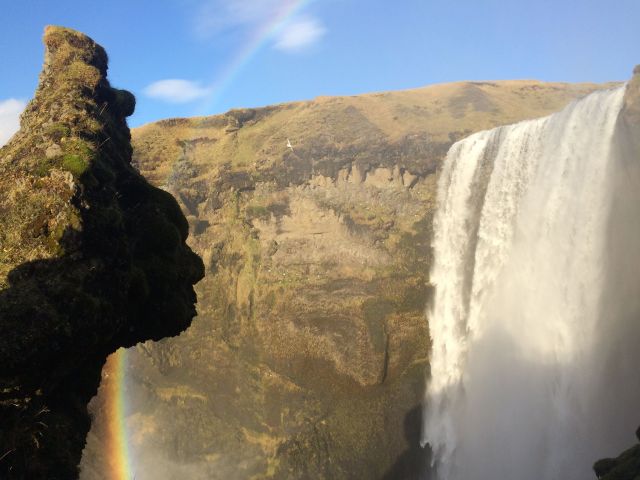 Nearby is the excellent Skógar Folk Museum which displays a wide array of historical artefacts that evocatively illustrate Icelandic life over the years.

A short drive onwards from Skógafoss leads to two options a little way off the Ring Road. Inland lies the Sólheimajökull glacier, which is reasonably accessible by a bumpy 4km gravel road. Guided glacier walks are offered here.

8km on from Skógafoss, a large car park with no obvious need for it is also visible on the coastal side of the road – this is the start point for an hour’s flat walk to the famous DC3 plane wreck at Sólheimasandur. Be careful not to rely on Google Maps and look out for the car park. Wind conditions on this exposed walk may be a factor in the time required to reach the site.

Beyond these options lie the dramatic rock arch headland at Dyrhólaey and the black sand beach at Reynisfjara. 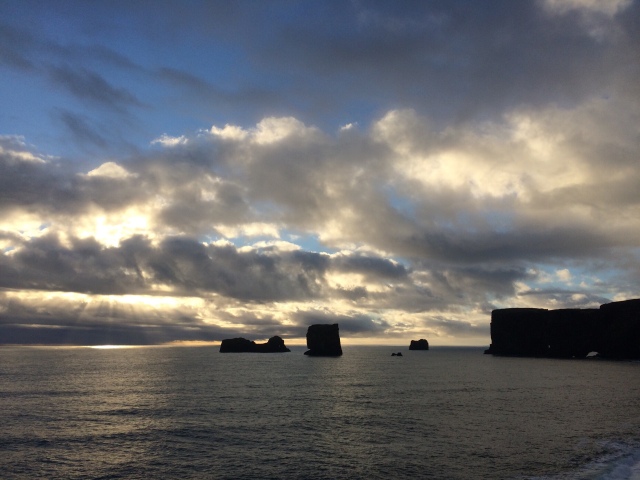 Dyrhólaey is reached by a short coastal drive off the Ring Road and once there, it offers sweeping panoramas. It’s also viewed well from a distance at nearby Reynisfjara and Vík.

The famous “black sand beach” at Reynisfjara is a few kilometres down a sealed road from Route 1, with a free car park and a cafe. It’s wise to exercise caution here – both when opening the car door and when walking along the beach – as the weather can be as wild as the terrain.

The basalt columns are located halfway along the beach, with the looming “Reynisdrangar” a little further along. The beach can be tricky to walk along and it’s important to keep an eye on the waves as they can catch the unwary out.

A further fifteen minutes drive around the headland brings the refuelling options at the gorgeous little village of Vík into range – it’s well worth filling up here, no matter which direction is being taken next.