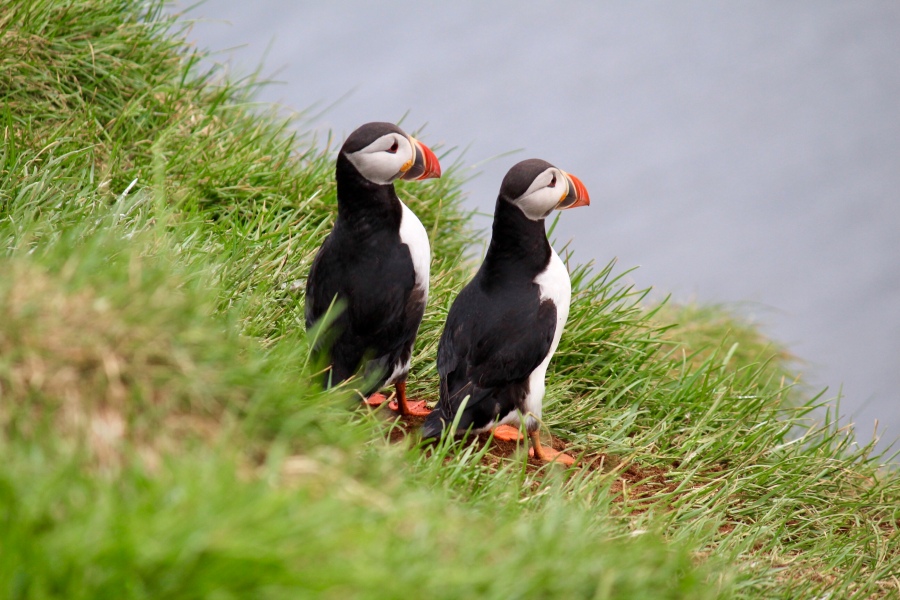 As well as the obvious attractions of Seyðisfjörður and Lagarfljöt, using Egilsstadir as a base offers a number of excellent options to explore the North East as an alternative to simply carrying along the Ring Road towards Myvatn and Akureyri.

Route 94 is the path to puffin watching in the spring and summer as they nest and feed in their thousands at Hafnarholmi, just outside Bakkagerði, requiring a drive up and down a steep gravel mountain pass into Borgarfjörður Eystri, and then back again afterwards.

It’s a drivable road in a 2WD in good conditions, but it’s advisable to check with Road.is in advance, to be sure it’s passable.

Before reaching the mountain pass itself, the road, alternating between gravel and sealed status, takes in two interesting locations. The first is a little hut that was used by the painter Jóhannes Kjarval, who lived here for months at a time while creating compositions of the mountains to the east.

Not much further along comes a lonesome green shack, which actually reveals itself as a tiny solar powered self service snack stop, with canned drinks and light bites available if the right change is offered.

Several hairpin bends will then lead upwards over a winding mountain pass to Borgarfjörður Eystri, offering stunning views along the way. 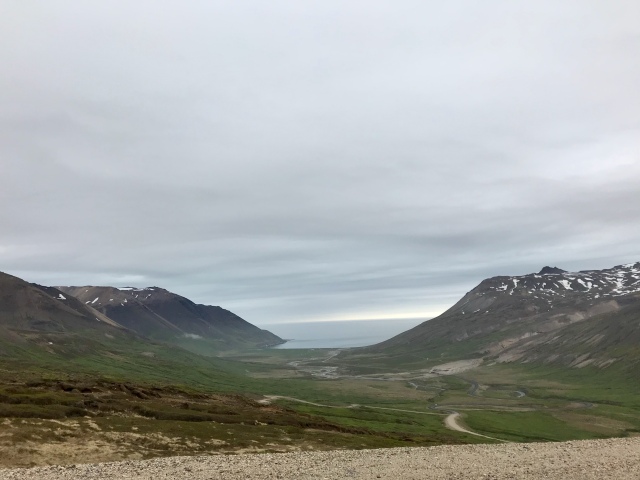 Bakkagerði itself is a gorgeous little fishing hamlet, with a number of cafes to take a well earned break in.

To observe the puffins, it’s necessary to drive a little further onwards through the village and then on for another 5km to reach Hafnarhólmi, a small boat harbour, where hundreds of birds can be seen at close quarters from a number of viewing platforms as they swoop up and down on fishing expeditions. 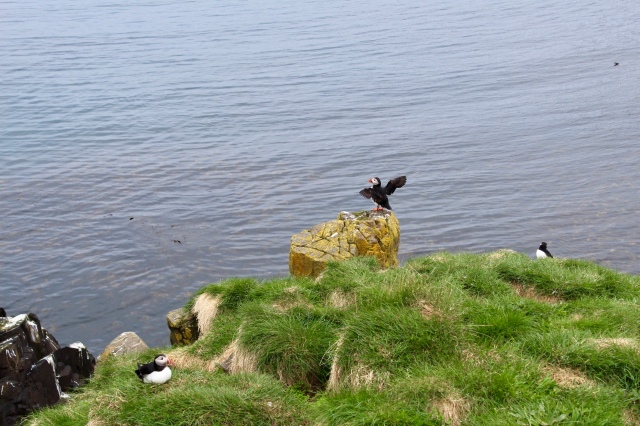 Puffins appear to be very relaxed about the close proximity of people, making this a great picture opportunity. Many other bird species make their home here too.

This is nearly the end of the road for most vehicles, so bear in mind the time required to make the return journey with those hairpin bends towards Egilsstadir and Route 1. 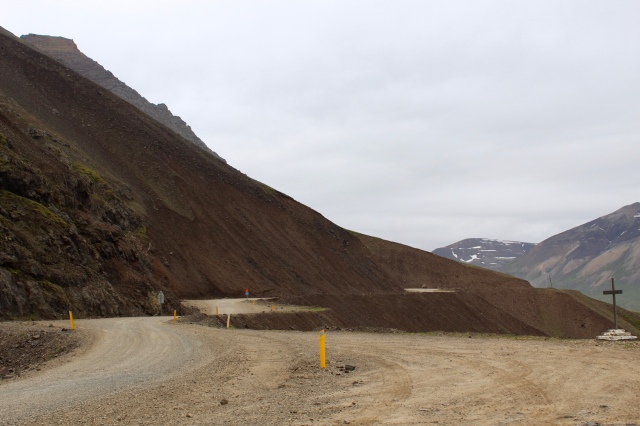 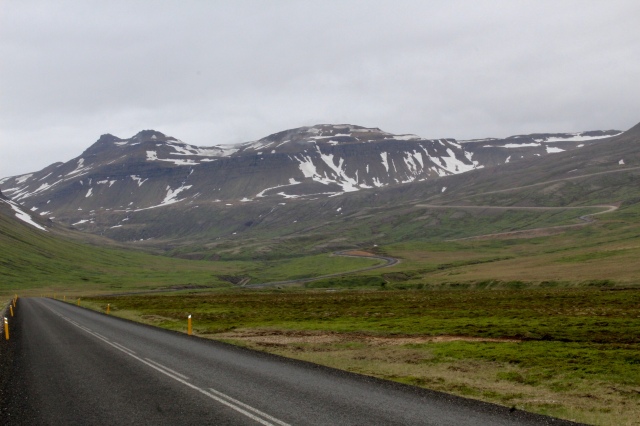 An alternative approach to the northeastern quarter is to strike upwards from Egilsstadir via Vopnafjörður, Langanes, Ásbyrgi, the Tjörnes peninsula and Húsavík on Route 85, which provides a comfortable trip to Vopnafjörður over the Hauksstaðaheiði pass.

Route 85 later offers unceasingly gorgeous views on a long, lovely and smooth road as it meanders towards Húsavík, so it’s well worth considering this more northerly path.

Another more testing track to Vopnafjörður is Route 917, a challenging mountain road for confident drivers which crests Helisheiði Eystri, described as the steepest pass in the country.

It’s quite a diversion from the Ring Road, but it offers an exciting route into the North East. The road eventually ascends to 660m, with astonishing views from the summit. There are a couple of places to pull over safely and take in the scenery, which can extend for some distance in good conditions.

Vopnafjörður is another pretty fjordside fishing village with a lovely harbourside pizzeria to relax in, as well as an interesting museum that documents the mass emigration to America from this region and salmon rivers too.

After Vopnafjörður, Route 85 hugs the coast overlooking Bakkaflói, with the giant promontory of Langanes stretching far out to sea, filled with bird watching opportunities and hiking trails. 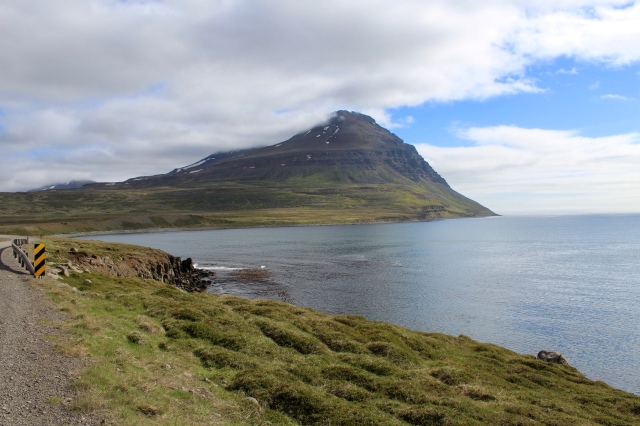 Raufarhöfn is a relatively short detour from Route 85 on the very smooth Route 874, with the Arctic Henge as it’s main attraction.

Very much a work in progress, mighty basalt blocks are being carefully aligned in order to create a striking stone circle on a hill a little way beyond the village.

It’s possible to go even further north from here to Hraunhafnartangi and Rifstangi, which wrestle over the award of Iceland’s most northerly point, but the road will probably require the use of 4WD vehicles.

Staying on Route 85 will lead to Kópasker and then onto one of the highlights of the North, the enormous horseshoe canyon of Ásbyrgi, at the northern end of the Vatnajökull National Park.

Consider carefully the next part of the route to Ásbyrgi and Dettifoss, as Route 85 arrives at the Visitor Centre at the northern end of the canyon, with two roads leading either side, southward towards Dettifoss. These roads are testing and should only be considered if a 4WD vehicle is being used.

For 2WD vehicles, Dettifoss should only be approached from the south on Route 862 from Myvatn or from the Ring Road.

Ásbyrgi can easily occupy a half a day, if not much more.

It’s possible to see it quite quickly by driving it’s entire length to the cliff-face and the Botnstjörn ponds, passing the standalone outcrop of Eyjan about halfway into the canyon en route.

Alternatively, with more time to spare, a 4km walk along its escarpment is rewarded by incredible views over the whole area. It’s not possible to return to the Visitors Centre without retracing steps the same way.

As well as that, the climb onto the escarpment requires quite a diversion to the left, past the golf course, to locate the path leading gently upwards. 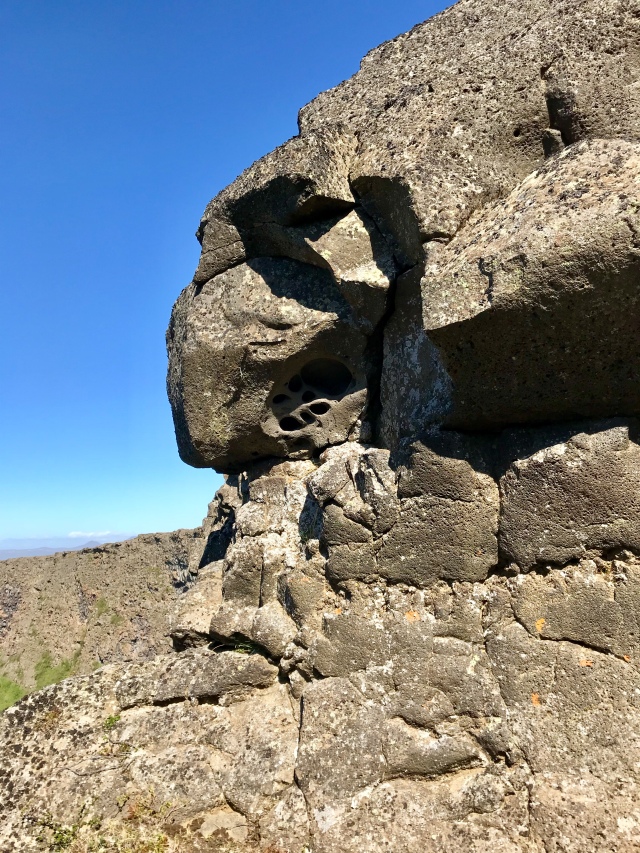 The other approach is not for the faint hearted, as a set of two steep ladders linked by ropes allow visitors to scramble 60 to 70 feet up the cliff-face from a wooded area about a quarter of the way into the valley. This route should only be tackled by confident walkers. 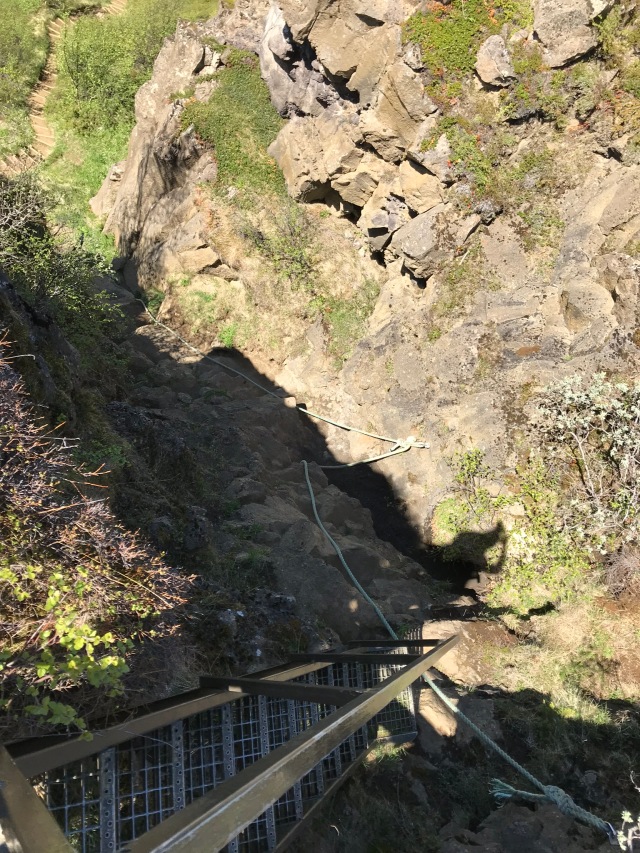 Heading onwards from Ásbyrgi to Húsavík, the Tjornes peninsula offers splendid coastal viewpoints out to the Greenland Sea and towards Grímsey and the Arctic Circle.

Húsavík has transformed itself into Iceland’s premier whale watching location, with several companies offering three or four hour voyages out into Skjálfandi Bay in search of cetaceans, with genuinely high success rates in summer months, when as many as 11 different species visit these waters. 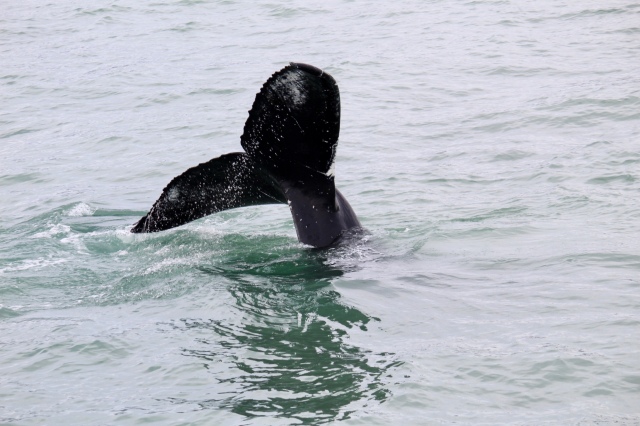 The town itself is one of the oldest settlements in Iceland and there’s a number of good restaurants and bars, as well as the Húsavík Whale Museum and Húsavíkurkirkja, a Norwegian style church.