Continuing the theme of finding certain things that have fictionally occurred to Martin Sheen and members of his family, today’s stage from Zubiri to Pamplona presented me with another opportunity to stake a claim to brief superiority.

In an attempt to inject a moment of actual drama into the story of a man walking a very long way, Martin Sheen’s character in “The Way” sits down on a bridge for a bit of a rest, only to see his rucksack then tumble into the river below, prompting a semi-alarming swim to retrieve it. 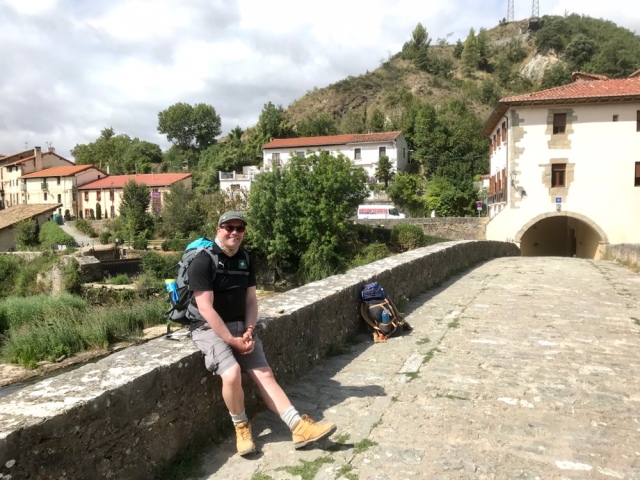 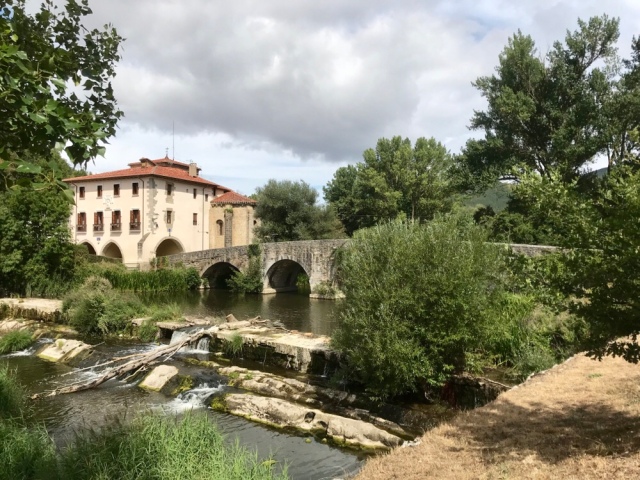 Today, I sat at the same bridge and quite easily avoided the same fate by steadfastly not undoing the straps.

Naturally, the universe wanted a word with me about this sort of braggadocio, so immediately afterwards, I walked off in the wrong direction (for the first time) for about half a mile.

Other than that, it’s been a very good third stage, entering Basque Country along gorgeous woodland paths, mostly in the shade from the sun, which put in a proper appearance for the first time today. 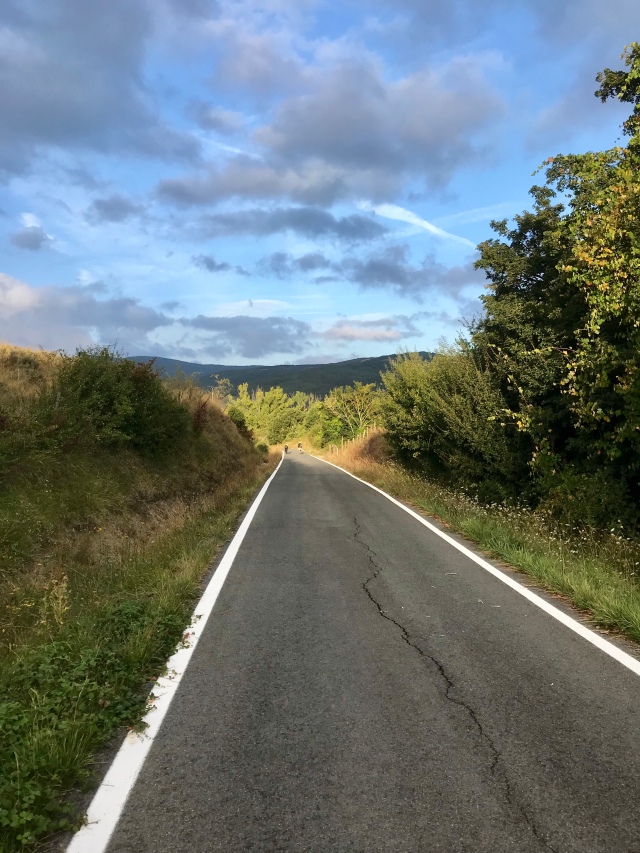 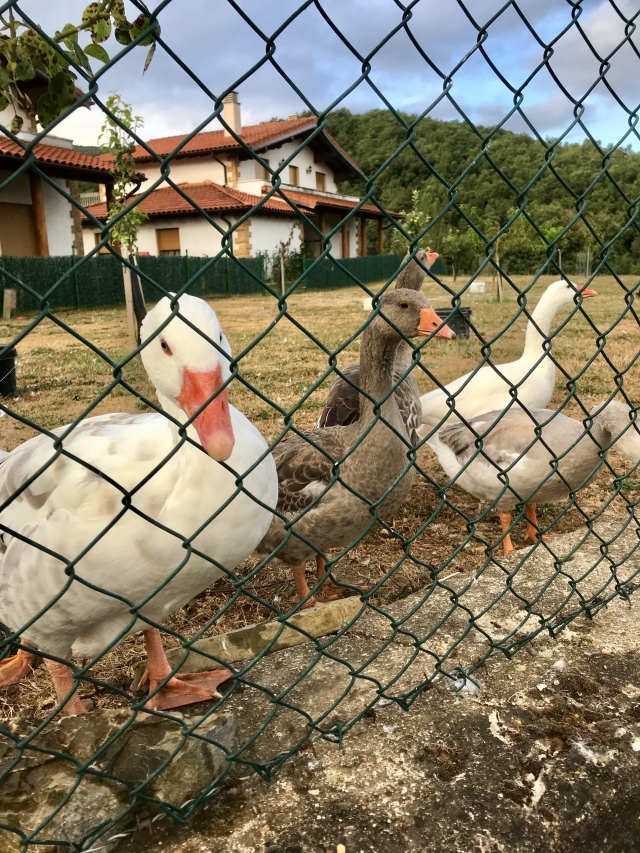 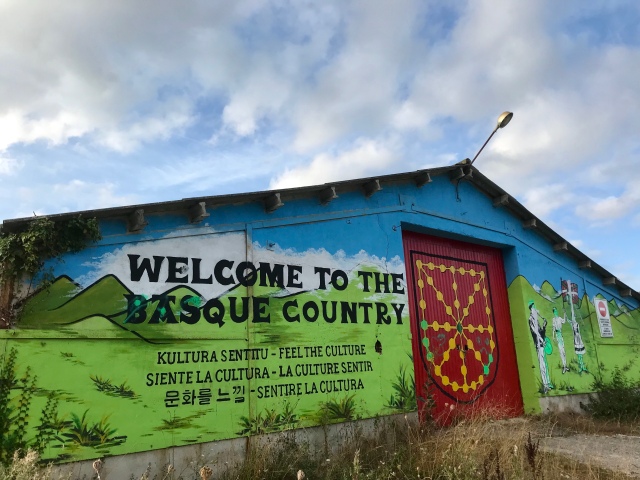 About two hours into the morning, most of the group I’m walking with stopped for a second breakfast at a lovely cafe and I found myself going into an ecstatic state over a slice of spinach omelette and freshly squeezed orange juice. 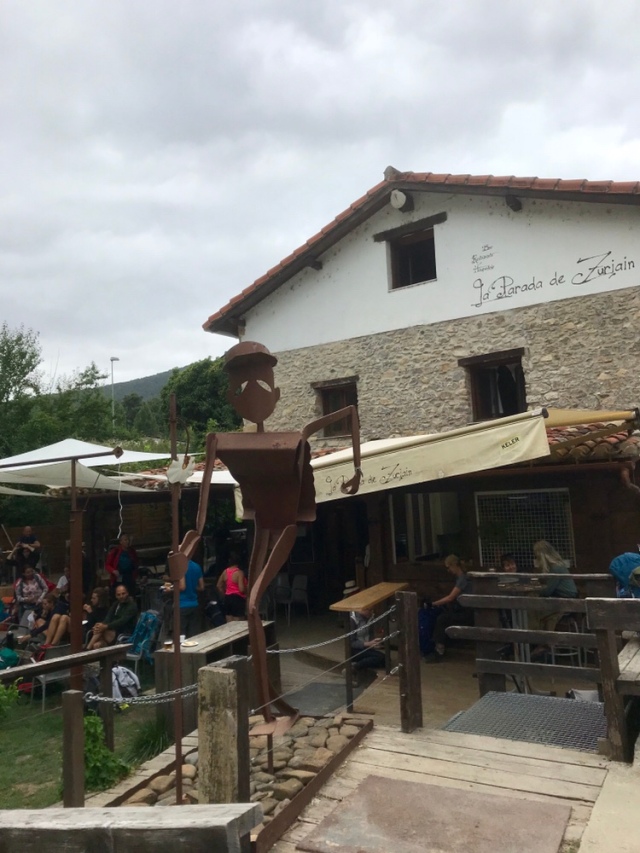 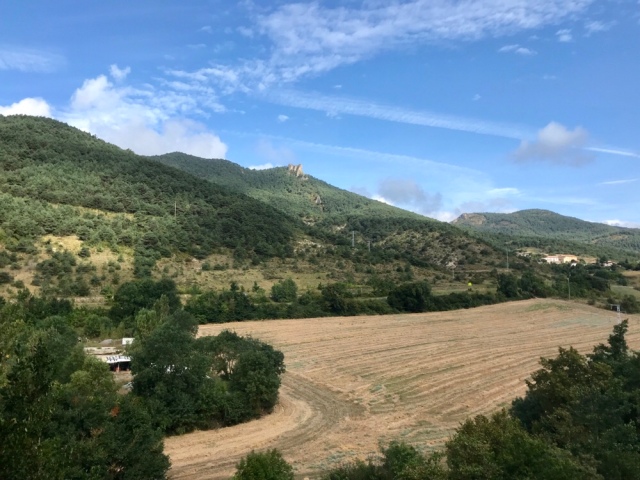 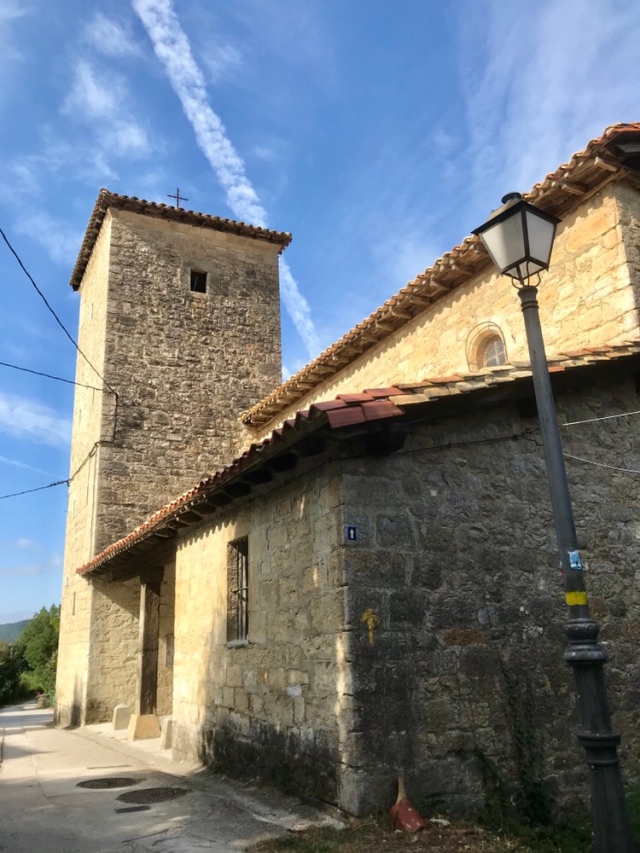 We’re not in Kansas anymore, Toto.

The later section of the third stage brought us into Pamplona, a pretty large town with lots of people making lots of noise, which was a bit of a contrast after cowbells and birdsong. 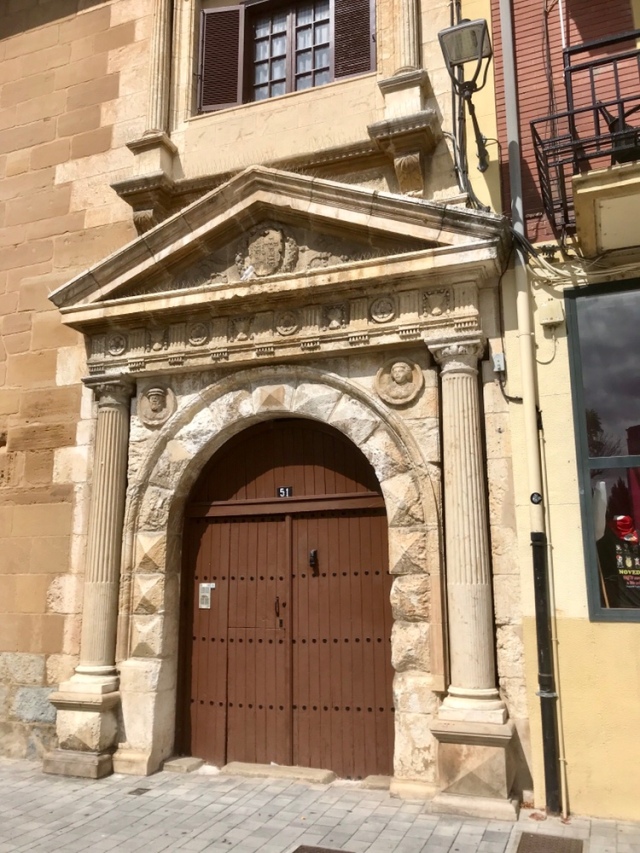 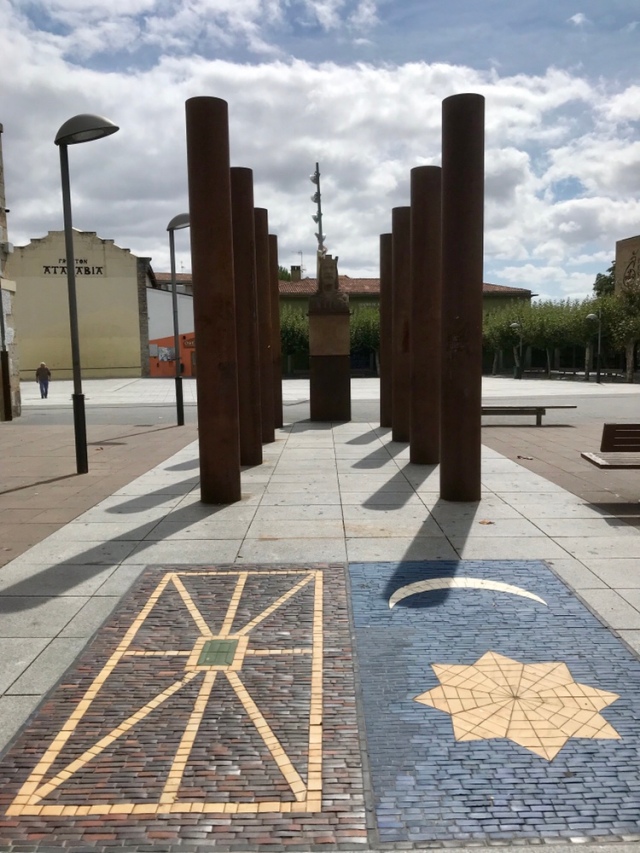 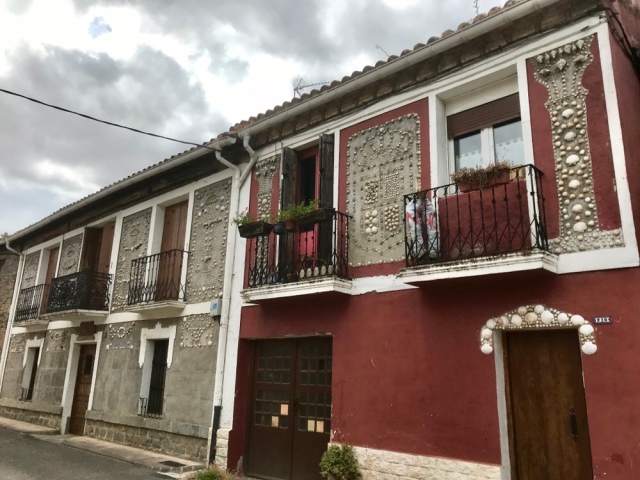 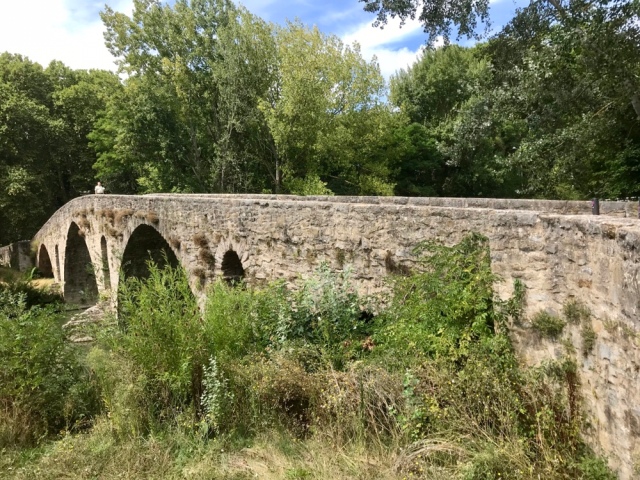 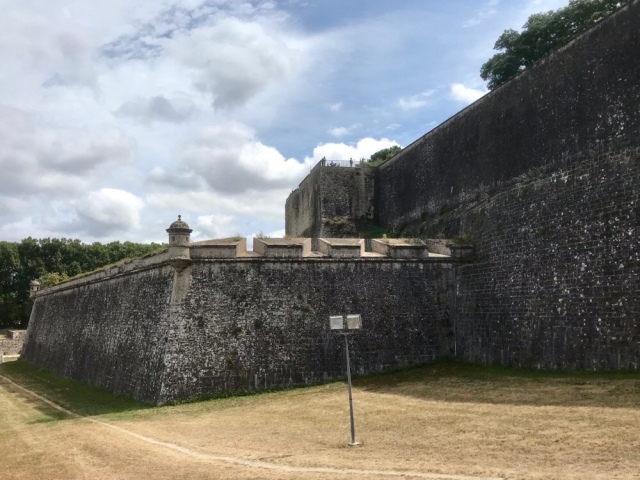 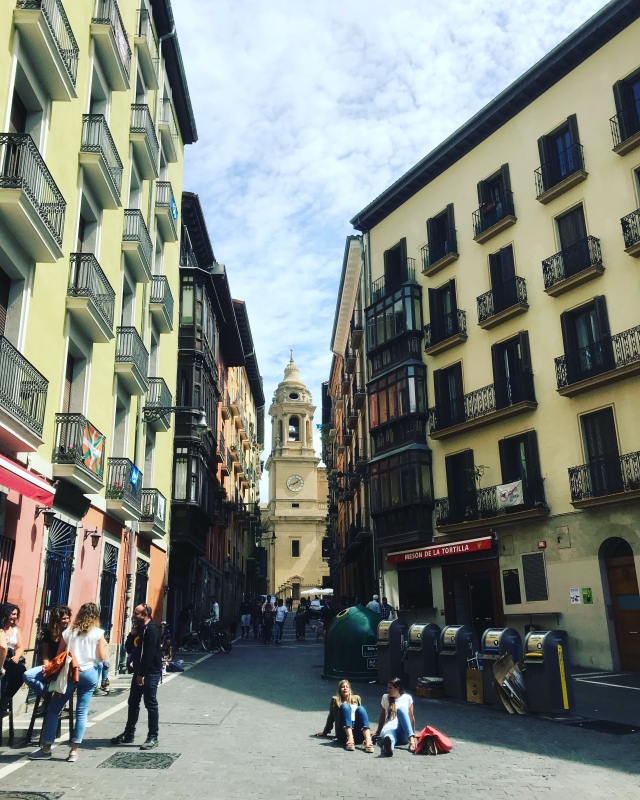 Gave up my lower bunk bed to an older American lady in a ten person dorm right next to a foaming river which created enough white noise to cancel out any snorts and snorers.

No bedbugs, but the mosquitoes have certainly found me, in five places.

However, I am suspicious about Left Knee’s sullen silence, which may disguise it’s true intent to wreak revenge at a later date.

Don’t quite understand that, but I ain’t complaining.

Number of times “Buen Camino” was said: Well down again on the first day, less than 100.

I’m trying to launch “See you along the way” as a pleasing alternative, but it’s not really landing yet.

Now, let’s see what Saturday night in Pamplona looks like.

It is Saturday, isn’t it?

5 thoughts on “One Up On Martin Sheen”