The significance of this experience is beginning to challenge my ability to keep up with it – physically, spiritually and literarily.

This morning’s post covered the events of a memorable Saturday afternoon and evening in Grañón, which in turn led to a positively euphoric Sunday morning and a surprising newfound ability to walk much further and more quickly than on any of the previous days.

I’d have gone close to a 30km stretch, had it not been for a 12km gap after Villafranca Montes de Oca and as it was quite warm, Sensible John decided to pull in at the gorgeous San Antonio Abad albergue for the night.

My ability to power on through a steaming Sunday was a genuine surprise, given the spartan sleeping arrangements at the church the previous night, but Left Foot and all of the other departments were very much on song.

“Keep Your Head Up” is one of Ben Howard’s better songs, but it took on new meaning as my brain played it to me while I soaked up the early Spanish morning and saw swallows race about my head in search of their breakfast.

My head seems to attract Spanish Fly, so Spanish Swallow is clearly going to follow us both.

The weather was very pleasant – sunny, but not too warm to drive a gringo to shade, so these were perfect conditions.

The villages were also placed at pleasingly frequent intervals to supply me with naranja y hielo (orange juice with ice) to help keep me going.

When I finally arrived at Villafranca Montes de Oca, I was delighted to see the old man who’d outpaced me the previous day out of Azofra holding court at the bar.

He turned out to be John from Australia, who travelling with his friend Lex.

My previous assessment that he might be worth listening to was proven true very quickly.

If I tell you that he had been shot in Laos and that this was the least significant of his stories, that will give you a clue to how Sunday unfolded into a riotous regalia of tall tales, with various people needing to be unfolded out of their chairs and then rolled into their beds.

Sunday night inevitably turned into Monday morning and a tough ascent out of Villafranca in the direction of El Cid’s Burgos. 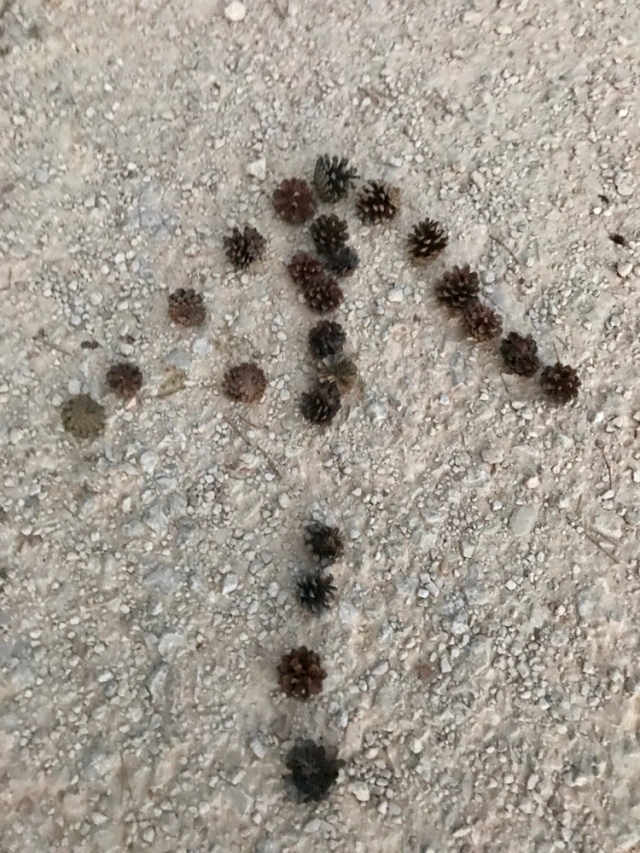 It was in range, feeling as good as I did, with blisters under control and with a compliant Left Foot.

But events overtook the hubris of another ambitious long walk.

I’d quickly reached the top of the next hill and was alone in silently paying tribute at a monument to 300 victims of the Spanish Civil War, murdered for their adherence to an intellectual concept, when Martin from Germany stumbled up the hill and collapsed next to me. 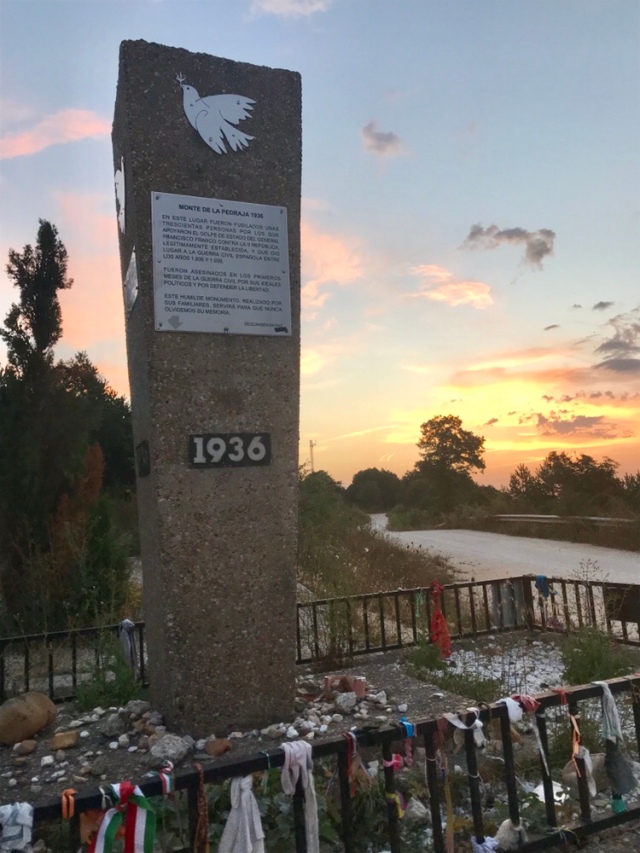 He said he’d been bitten by something and thought he was having an allergic reaction.

As unlikely a first responder as I am, I found myself rifling through my kit for something to soothe him, thankfully to be soon joined by Rozenne from France who called the paramedics in perfect Spanish, Debbie from Ireland who calmed him with reiki and Janet from Australia who was an actual nurse and really knew what to do.

Between us, we kept Martin in good condition until the medics arrived and he was then put under care – he’s all right now, thankfully.

Prior to all this, the most exciting thing had been watching two sparrows taking turns in bobbing along in front of me, almost as if they were showing me the way. 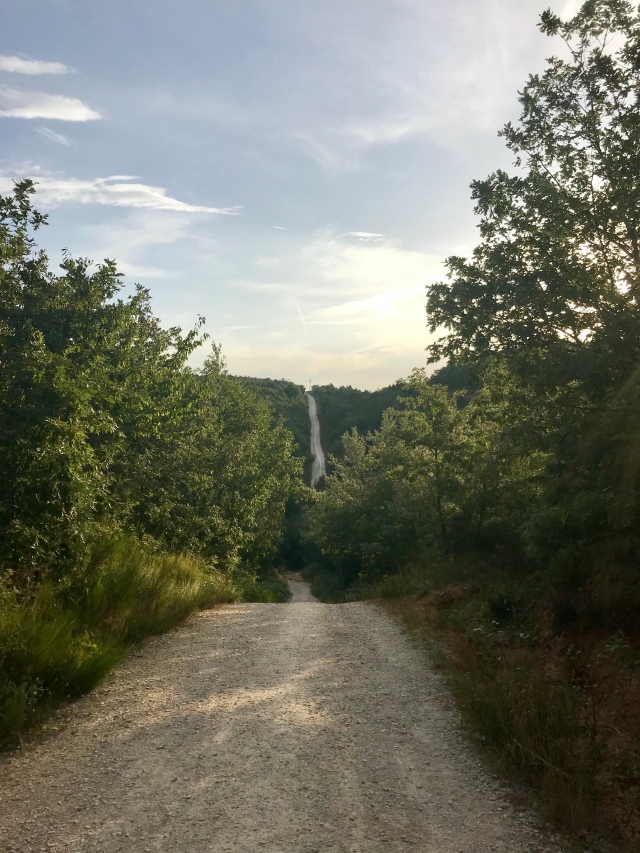 Witnessing Martin arrive in distress, stumble into me, collapse and then find himself in the care of half a dozen relative strangers on a hilltop where hundreds had been mercilessly executed less than three generations prior was yet another deeply moving moment.

Evil had reigned here once.

Now, there was only love and support and community.

It’s just another day on the Camino. 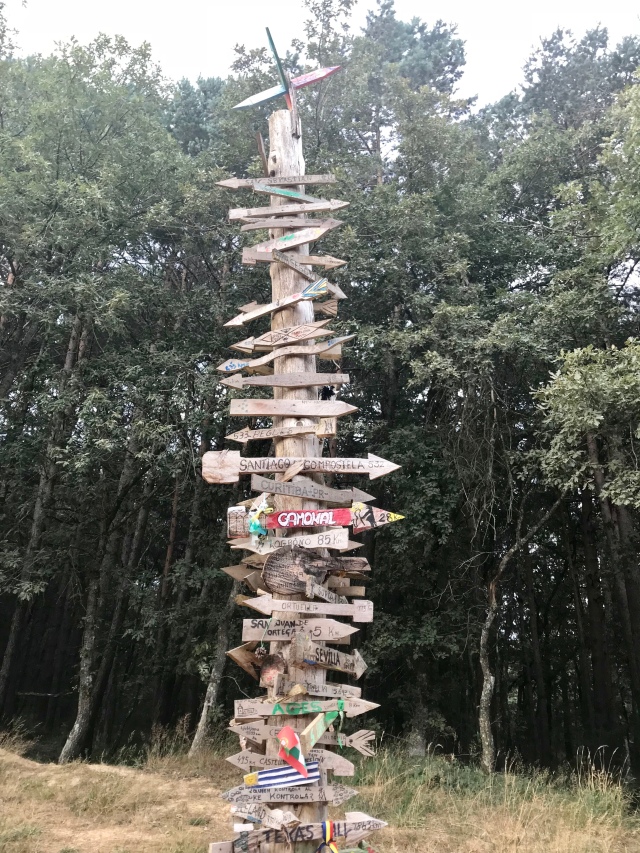 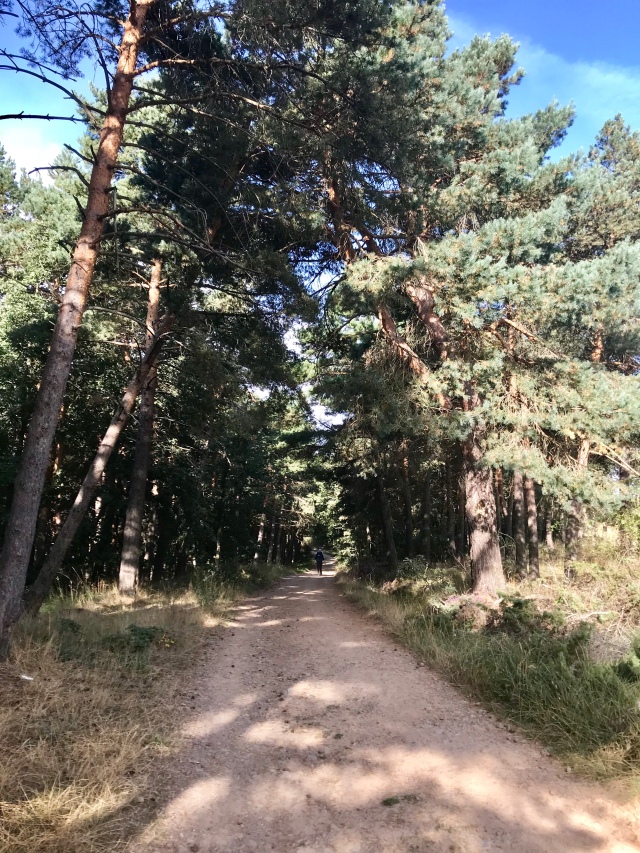 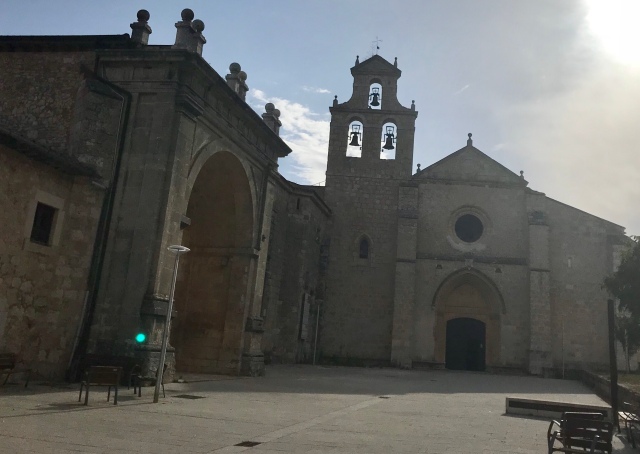 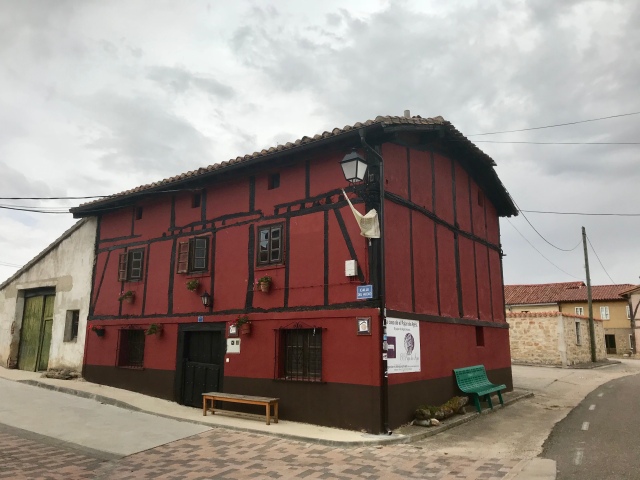 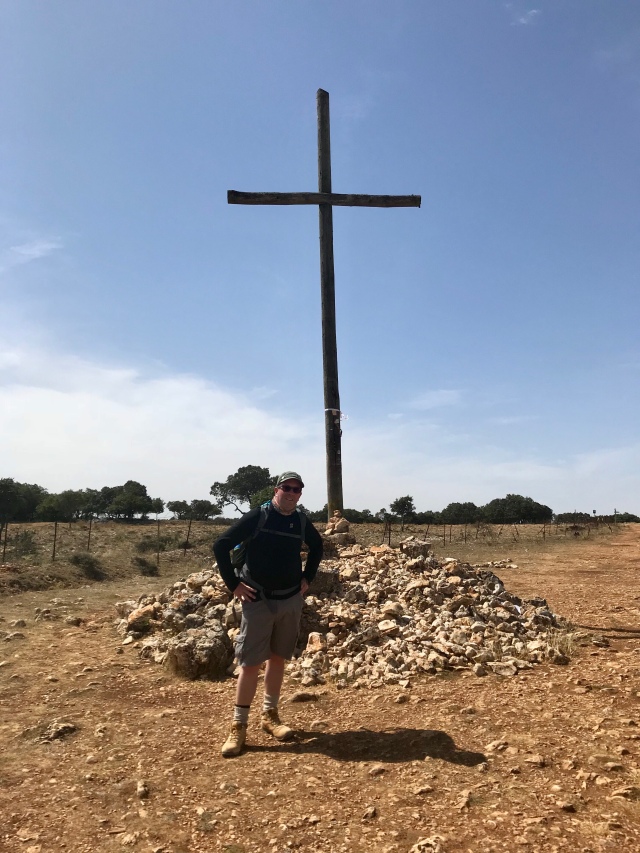 Excellent albergue attached to a clearly excellent hotel, with bunk beds and showers that alternated wonderfully between warm and cool water by themselves. No bedside plugs though.

Blisters: 2 (9) More self surgery required, but no sign of gangrene yet

Wrong turns taken: 1 (2) A farmer saved us from an incorrect left turn, thankfully after only 1km going the wrong way

Unlikely Song Repeatedly Played By My Brain: Eyes To The Wind by The War On Drugs

9 thoughts on “Keep Your Head Up”