If you know me, you’ll know that I generally use a lot of words, when fewer might do just as well.

If you know me well, you’ll know that when in company, I cannot allow a silence to develop for too long before saying something to move the conversation along.

It’s been pointed out before, not as a criticism, just as an observation of my preference for what I perceive as a well-oiled social interaction.

On Saturday afternoon, while chatting with the group that had chosen to rest at the St Juan Baptista church in Grañón, Carmen, the local woman who had been sweetly playing the guitar as I stumbled in, had deduced this trait of mine within about ten minutes.

She said something about how good it was that I had made sure that everyone around the table had been brought into the conversation and given an opportunity to contribute. But she was curious about the absence of silence and contemplation too.

I was stunned by the clarity of her perception. She referred me to a recent book, The Biography Of Silence, written by a Spanish priest about the potential for greater self-knowledge through periods of silence.

It’ll be one to read, as soon as possible.

Of course, I could have said that walking 15 or so miles a day had already offered me plenty of these periods of silence – but the point was so well made that I chose to remain silent on it. 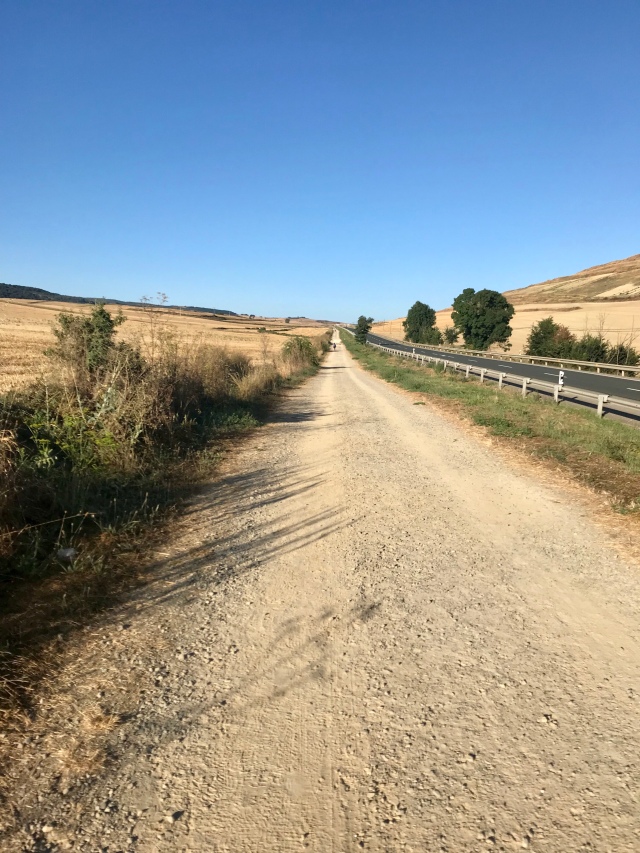 Grañón will live long in my memory for a number of reasons.

Firstly, hearing Wet Wet Wet’s “Angel Eyes” being played at My Way, the bar adjacent to the church, which seemed an impossibly unlikely throwback to the late 80s.

The playlist there as the afternoon developed via a huge G&T and bar snacks got better and better, with a strong lean towards Clapton live album tracks, John Lee Hooker and the like.

Then there were fireworks.

Little explosions had started from the next table, a potential precursor to a fiesta, perhaps.

We thought it was the young boy, but in fact it was an old man who was lighting little crackers and flinging them into the square.

Generosity extended to allowing me to fling a couple too – a greatly received gift of childishness.

The evening then took a far more significant turn with a communal meal, mostly prepared by Felipe from Italy with lots of gesticulating and loud pronouncements on the progress of his pasta. 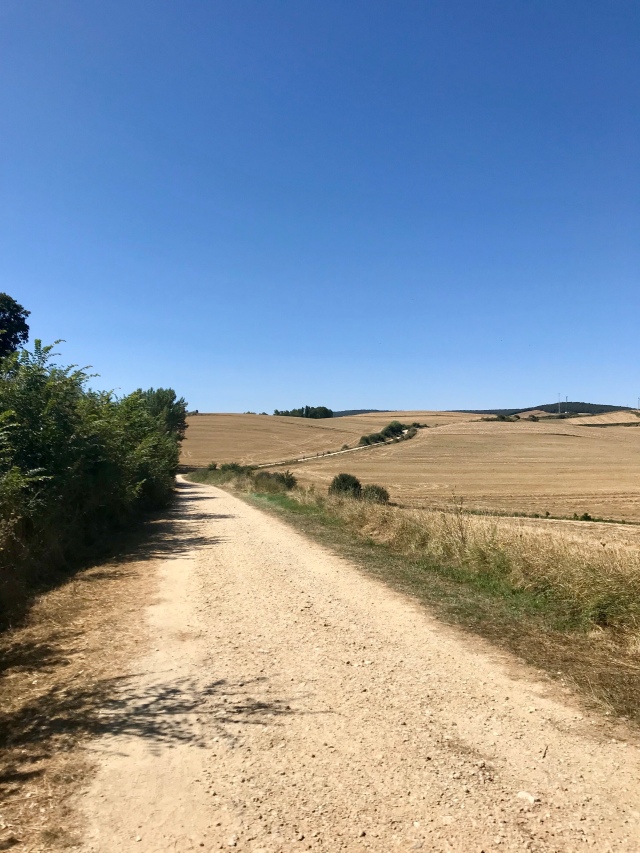 The meal was a delight and I had a chat with Mauricio, the Italian lawyer who decided that he had to tell me that I had a calm, soothing and authoritative voice and it really should be on the radio or making important announcements on public transport.

After the meal, there was more music with Francisco and Manu from Argentina playing the guitar, and I found myself singing “Don’t Look Back In Anger” with them.

The final part of the night was a prayer meeting in the church, partly to offer support to a local woman who had recently lost a friend to illness.

This was a private, intimate and deeply moving experience and I’ll say little about it for that reason, apart from noting the power of faith in providing comfort.

A lot to think about over the next fifteen or so miles.

The two upper floors of the church feature bedding mats (no pillows) and a large communal room. The facilities are basic, but the welcome and the experience were both memorable and superb.

My Way is a great bar, just across from the church

Left Foot was absolutely amazing today, allowing me to walk strongly and confidently for 25km. On arrival at Villafranca, an enormous blister on the heel had to be dealt with, but it hadn’t been an issue all day. Kudos, LF.

Sleeping on a mat with a pillow made of my own clothes could have been a major problem, particularly with my pillow issues. Instead, I woke feeling about as good as I have in days.

Perhaps I’ll try sleeping on the floor like Crocodile Dundee next.

Number of times “Buen Camino” was said: Back up to about 50

Unlikely Song Repeatedly Played By My Brain: Keep Your Head Up, by Ben Howard

Will it ever be used again?

3 thoughts on “The Biography Of Silence”