Along with León and Pamplona, Burgos was one of the few places on the Camino that I’d actually heard of before, so I was delighted that there was only 12km to walk to reach it, allowing lots of time to see the Cathedral and wander it’s streets.

Githlian and Elizabeth had already departed by the time we were ready to leave Cardeñuela (their early starts are so impressive), so Janet and I meandered our way towards Burgos at a gentle pace, soon encountering a fellow Pilgrim walking the other way.

A moment of concern, quickly eased by his explanation of his vastly longer route of penance, through multiple countries, in between stints of dishwashing in Reading and Fort William.

All human life is here, truly.

We nearly took a wrong turn after meeting him, but Rachel from Canada appeared to reconfirm our direction and we spent the remainder of the trail into Burgos in her company, sharing slices of fruit and enjoying the scenic park route into the city.

Once again, the hubbub of a big city assailed our senses and the path hardened into concrete under our feet and the nature of the Camino altered.

It was about to take a more significant turn, as Janet and I had agreed to consider the idea of renting bikes for a couple of days to help transit the Meseta, a long stretch of relatively flat farmlands, which had a certain reputation for heat, monotony and a lot of long straight paths, often without water fountains for significant stretches.

I was generally in favour of the idea, so when we saw Mundicamino offering bike rental for 15 Euros a day, we had a chat with Oscar and the deal was done.

Alternative transportation resolved, but still under our own power, we now headed to the recommended albergue, which was part of a huge parochial church.

As we arrived, just after noon, the magisterial Marie Noelle greeted us at the door and welcomed us in.

Yet another fabulous place to stay, with quite modern facilities, but wonderfully augmented by the later arrival of Lea, Melina, Tereza and Victoria and Trent, Camino friends made as far back as the second day.

Happily ensconced, showered and shaved, it was time to visit Burgos’s jewel – the Cathedral Santa Maria.

It’s an incredible edifice, a mesh of multiple styles and home to countless chapels and recesses, provoking awe and neck ache as the senses struggle to absorb all of its glory. 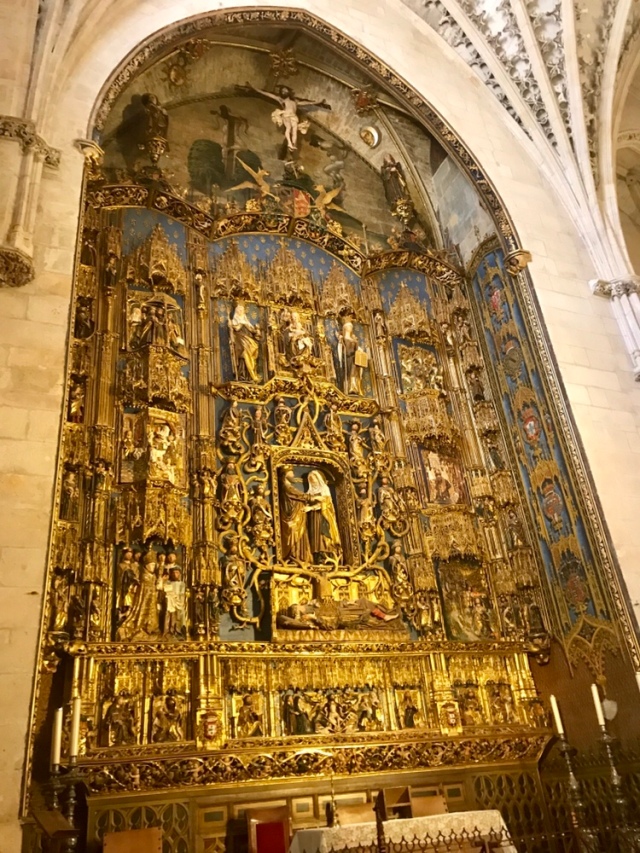 Some may make the point that a place of worship could be less ostentatious and less worldly, of course. 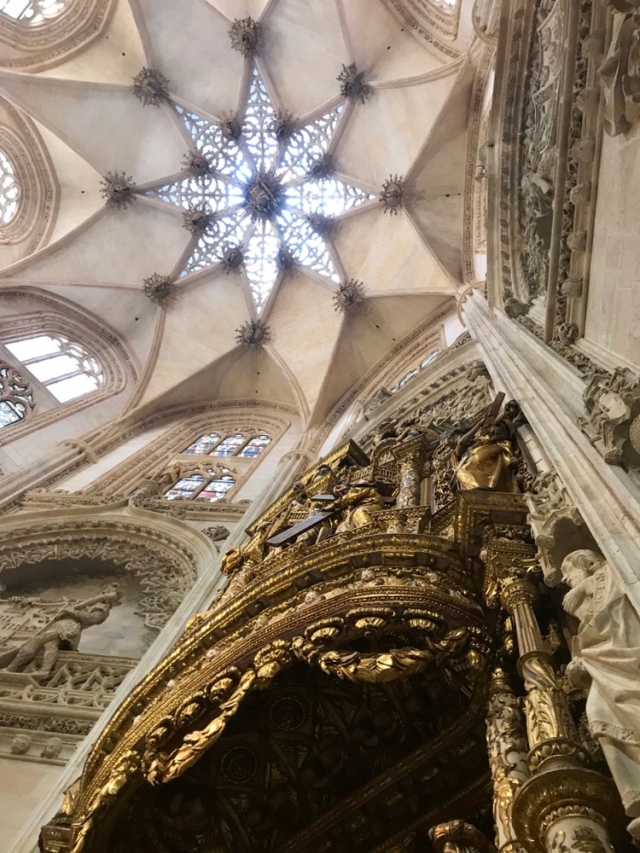 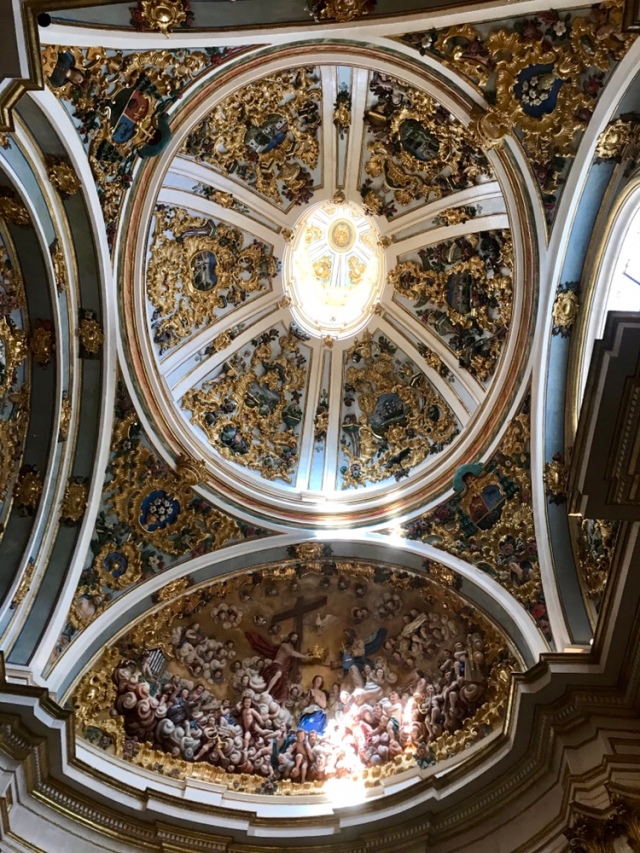 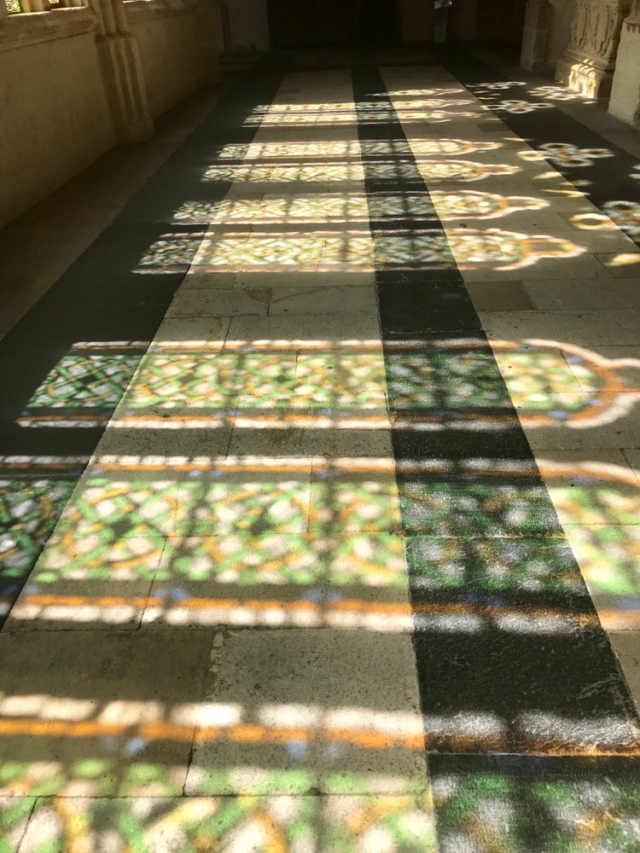 I was a little surprised to see that what appeared to be an old trunk on a pallet was actually El Cid’s coffin. 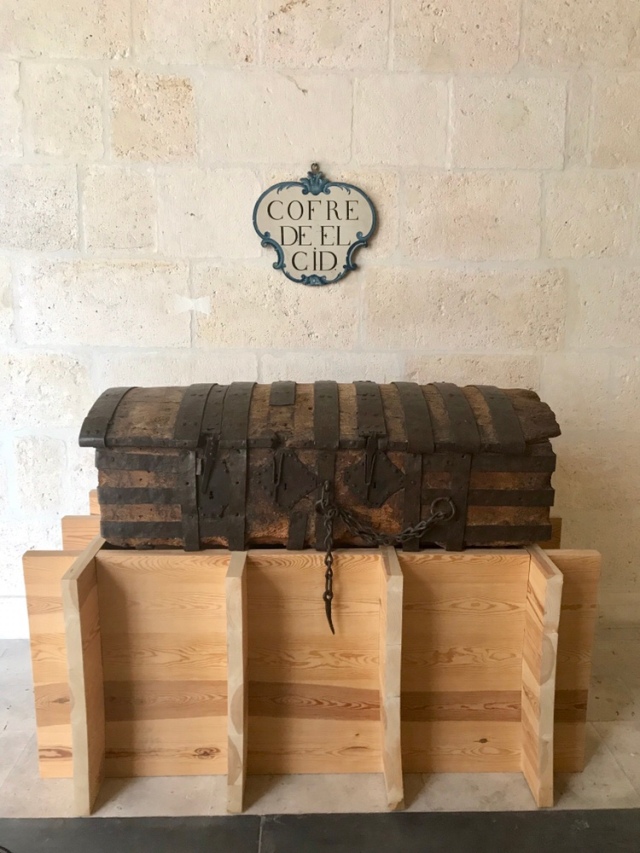 Maybe it was something else. 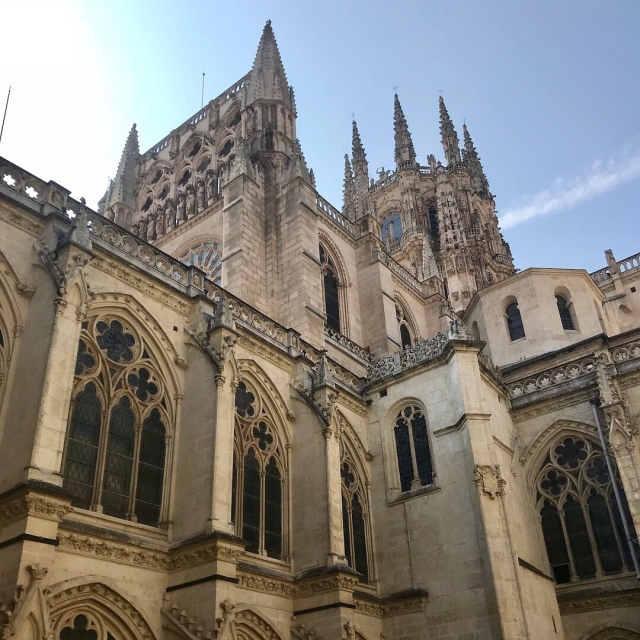 We then bumped into Ferdi again, who was profuse in apologising for accidentally picking up my guide book at Martin’s medical moment the day before. He promised to return it to me later and he gave us another positive update on his friend too.

After the majesty of the cathedral, it was time to head back to Emaus for the communal meal and the pilgrim blessings, which was another quite moving experience.

On the outer edge of the city centre as you approach, a little off the Way, but very highly recommended for quality, serenity and warmth. 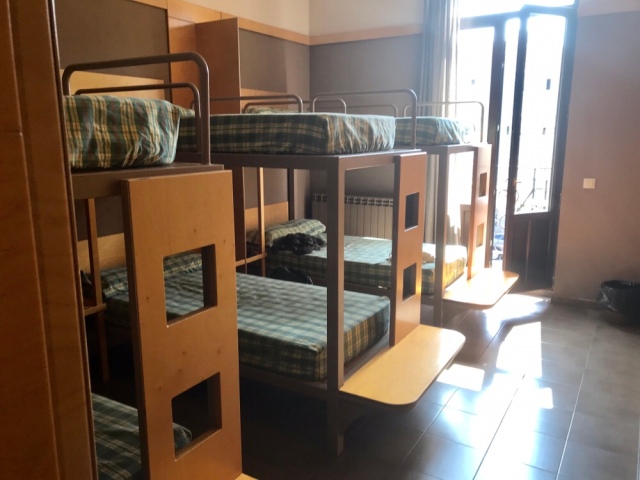 Blisters: 0 (9) Pretty much no longer an issue

Number of times “Buen Camino” was said: A short day, about 20

6 thoughts on “Burgos and Bikes”