Yesterday morning, I ran over a butterfly on my bike.

This was a difficult moment, mostly for the butterfly, but also for me too.

It reminded me of just how careful I’d been on earlier mornings in stepping over industrious ants and in retrieving stranded worms and snails from the middle of the path.

Now, I was a speed demon, crushing all in my path on the Long Non Winding Road, intent only on reaching the next best stopping point in order to release the pressure on my posterior and my wrists.

The cyclist must keep a careful eye on the path ahead, to steer around ruts and bumps, which doesn’t really allow for wildlife protection at the same time. 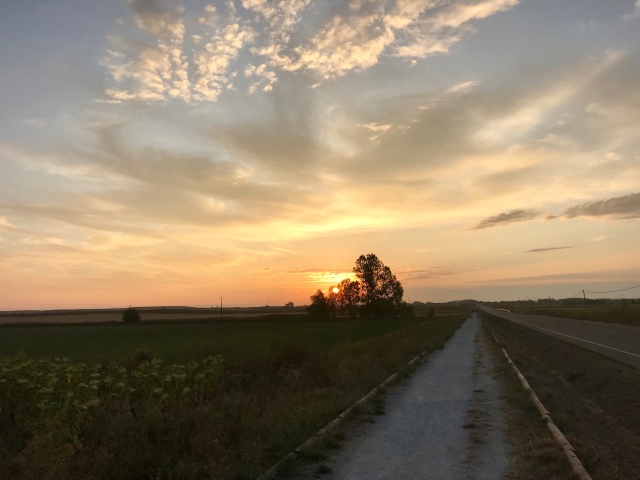 The butterfly’s sudden death underneath my spokes was a humbling moment and it cemented my intention to give the bike back as soon as it could be arranged.

Thankfully, Janet agreed with my thinking, having also realised that Oscar had been very generous in his assessment of our abilities to ride 180km in three days.

Having made this decision, we aimed at a more feasible 46km stretch to Terradillos Los Templarios, a former Templar stronghold, as our next overnight stop.

The first stop of the day was the fabulously quirky Albergue Amanecer, a place I wish I had stayed overnight in, given the cheerful hilarity of the staff, the wigwams, the dreamcatchers and all the musical instruments, let alone a Gregorian chant version of “Wish You Were Here” playing as we arrived. 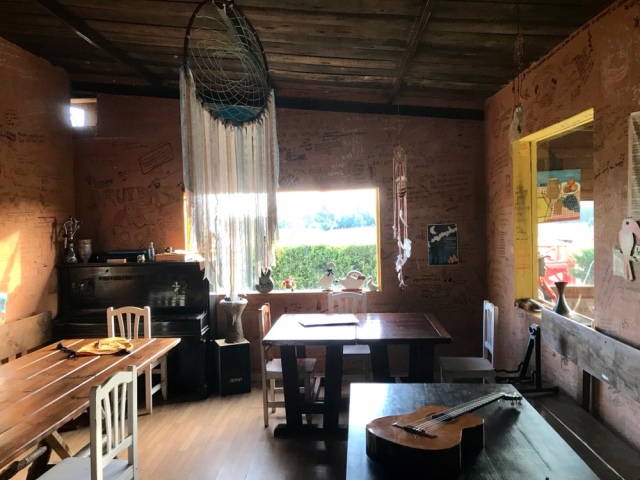 Then came another magnificent Templar church at which to gape, at Villalcázar de Sirga.

It was also another church where you had to pay to get in and then pay again to turn the lights on. 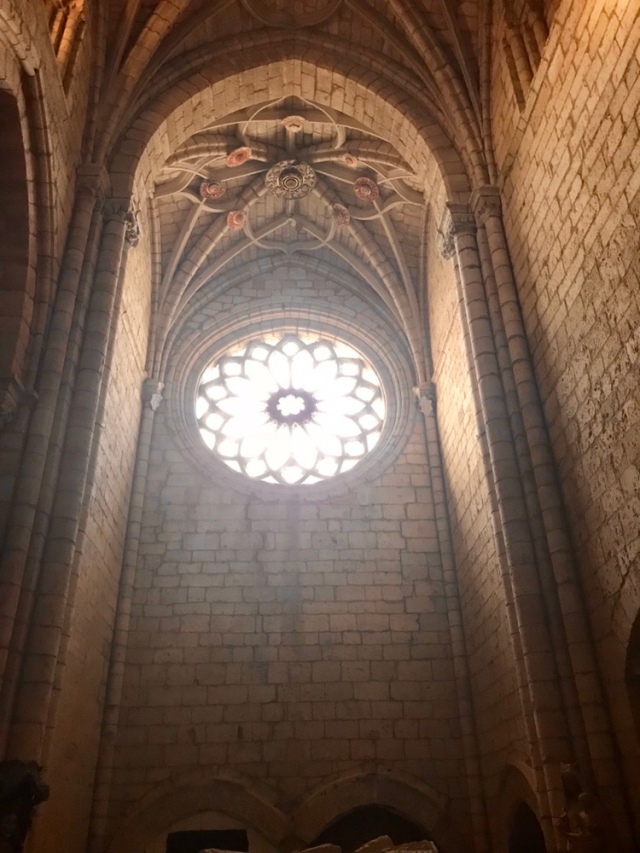 Beyond these morning highlights lay a real test – 17km of straight paths with little or no shade and absolutely nothing to sustain you.

This is where the bikes really made sense again.

To have walked this far with a rucksack and the weight of water required to be safe would have been interminable, monotonous and very draining indeed.

It was tough enough going at three times the speed and we stopped a couple of times to check on other Pilgrims as they staggered towards the next place of rest, at Calzadilla.

The sense of relief in arrival here was further boosted by meeting Matt from Northern Ireland, who was toting a portable speaker blaring out ABBA tunes and a solar powered muffin oven as his method of Meseta survival.

A word to those who will follow on this path – prepare very carefully for this stage of the Camino.

One unexpected disappointment from riding the bike was that my personal Fly Escort always seemed to manage to keep up with me, no matter what speed I was going.

Absolutely amazing after the relative grimness of the previous Municipal albergue at Frómista – clean, spacious, well equipped and with great service and food.

Also for the great conversations with Dwayne from America and Robert from Hungary as well as catching up with Fabian (40km per day) from outside Puente la Reina. 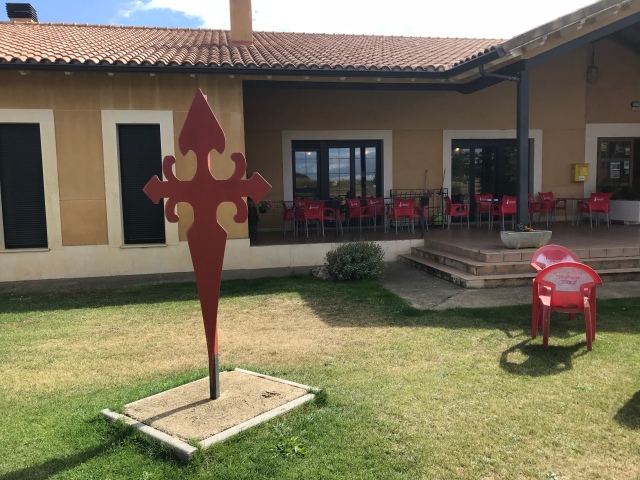 Blisters: 0 (9) A relative holiday for the trotters.

Guide Book Relocated But Not Returned Due To Finder Getting Lucky: 1

Number of times “Buen Camino” was said: Ludicrously high, due to increased speed

Unlikely Song Repeatedly Played By My Brain: Voulez-Vous by ABBA (thanks Matt)

One thought on “Butterfly On A Wheel”