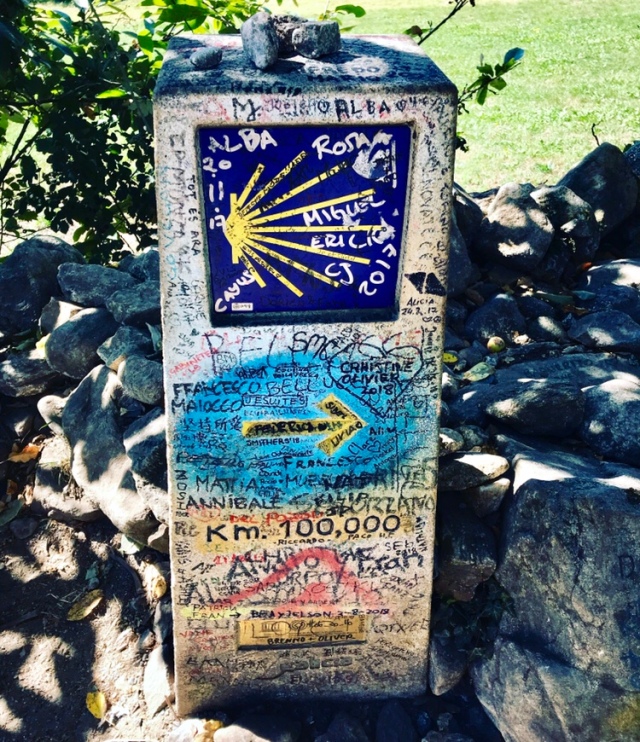 This morning saw the arrival of another significant marker as the 100km sign was reached and the Camino entered its final stages.

Like when finishing a good and mighty book – let’s say Anna Karenina – that sense of impending conclusion is growing stronger by the day, with all the range of emotions implied.

There’s the anticipation of journey’s end, a sense of completion and the emotional satisfaction that goes with that.

But there’s also a grieving process for the same thing – the ending of a significant story, parting from cherished characters and a yawning chasm that will need to be filled by something else.

Where the Camino differs from Anna Karenina though is that Leo Tolstoy did not suddenly introduce a whole crowd of new characters in the last few chapters to confuse his readers.

At Sarria, that’s what happens on the Camino.

New pilgrims, white legged with clean rucksacks and fresh socks, taking photos of absolutely everything, were easy to spot.

But their arrival wasn’t too much of an alteration to the day, as there were still plenty of opportunities for solitude and introspection along the Way – apart from being held up by roadworks at one point. 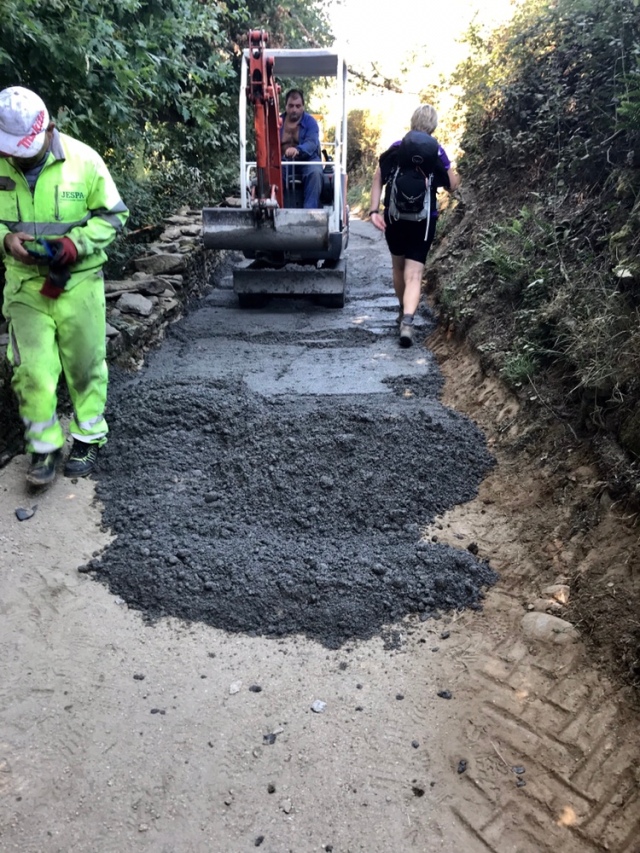 A drone buzzing in the sky at Barbadelo was another reminder of the modern world too, although that mild irritation was easily balanced by a lone piper on the path playing cheerful tunes.

Once again, the feet and all other departments felt good, so another 20km stretch was possible, ending in Portomarin, which had been relocated fifty years ago in order to make room for a dam. 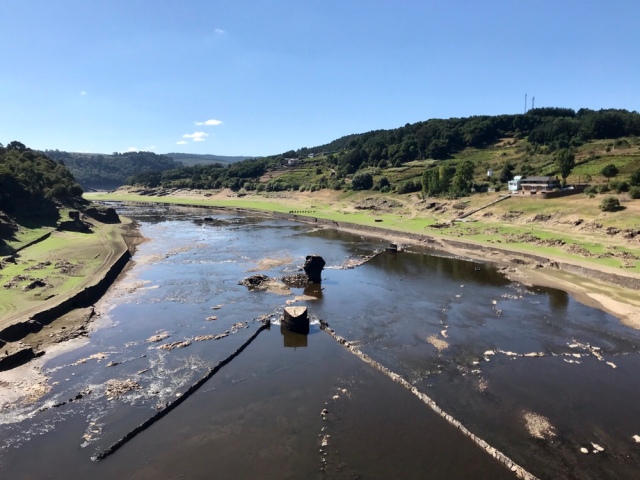 This massive engineering project has left some traces of the old town below, but some local wags had added their own more current markers too. 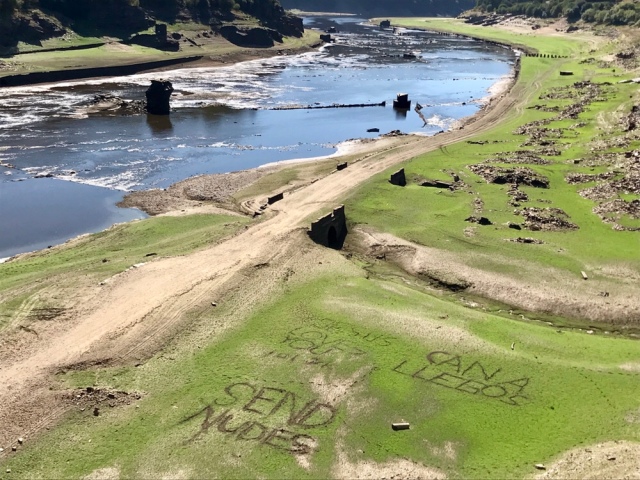 Every good book needs its moments of humour. 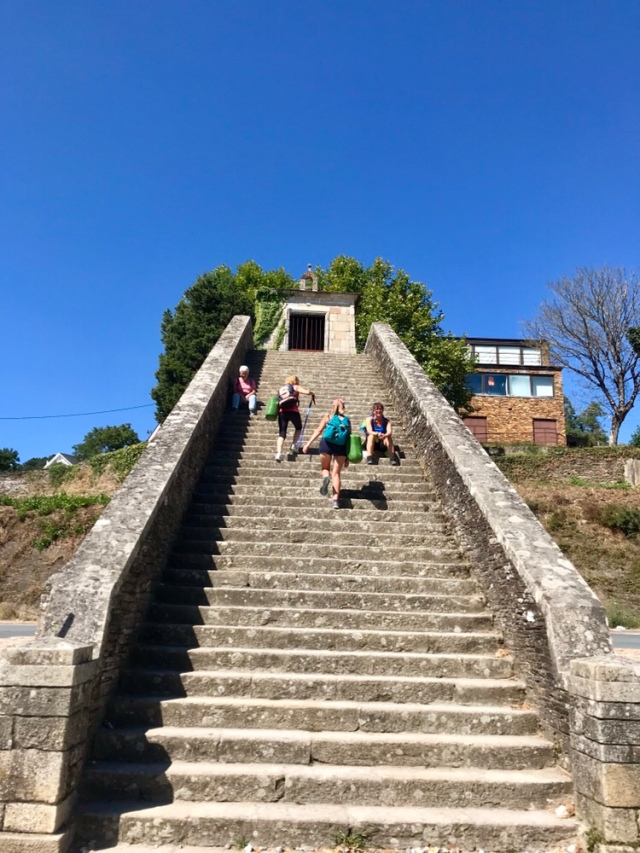 After the stereo snorers and paper sheets of Calvor, I’d promised myself a hotel room and luxuriated in an actual bath (twice) and drowned in multiple pillows and towels at Hotel Villajardin.

Number of times “Buen Camino” was said: About 100 – lots of new people!

Song Of The Day: Back In The High Life Again, by Stevie Winwood