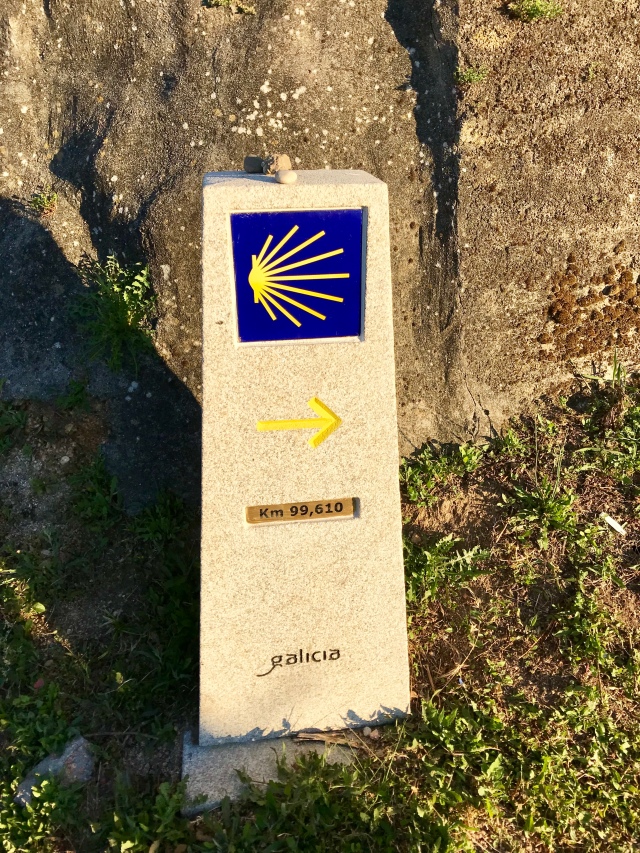 In an attempt to reduce distractions and reminders of the Outside World whilst on the Portugués, I had removed all the social media apps from my phone as soon as I landed in Porto.

A digital detox would be attempted, perhaps leading to a more interior experience, with fewer unwanted invasions from external influences.

This blog and a WhatsApp group of interested people has been pretty much it for the last few days – and to be honest, I’ve not missed the whirl and hubbub of social media as much as I thought I might.

That is a Good Thing.

But today was Saturday and that meant my perennially unsuccessful football club would be in action later in the day, in a season-defining last game of the season, with its fate not entirely in its hands.

That meant I’d have to admit the intrusion of the Outside World again later on in the day, preferably with WiFi or a good signal to keep up with proceedings.

First things first though – another sunny start to the day in Porriño saw me walking confidently out of town, quickly past various other pilgrims.

But, perhaps to augur what was to come, I almost immediately took a wrong turn, heading towards a large road junction for about 300 metres, until a Camino Angel in the shape of a burly Spanish van driver beeped his horn and pulled over, mentioning the words”Camino” and “Santiago” and pointing me back the way I’d come.

Thankful, I turned around to retrace my steps, as did about six or seven Croatians who’d blindly followed in my confident wake. 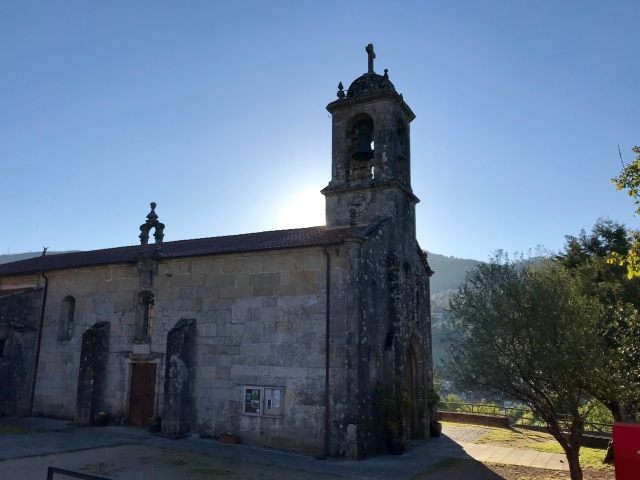 Not much further on, I heard a rare sound – the English language being spoken behind me – as Elizabeth and Catherine, two Irish mothers on their first Camino from Tui caught up with me.

On a trip largely dominated by Germanic pilgrims, it was great to have a good old chat with these two, excited and uncertain on their first few steps along the Way. 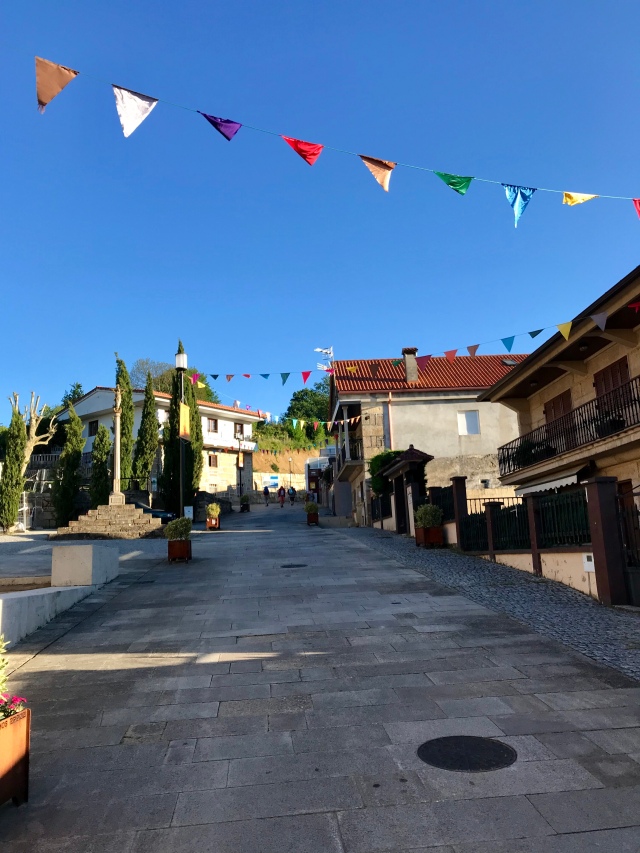 At the first café stop, I noticed something that has escaped my attention for about 50 previous days walking with this rucksack.

The shoulder strap on the left hand side looked a little shorter than the one on the right hand side.

I wondered if that might explain why Left Shoulder is always complaining.

A quick adjustment was then made – and almost immediately, Left Shoulder sighed with relief as the unfair burden it had, um, shouldered all those previous days was finally corrected.

Apologies, Left Shoulder – I’ve let you suffer for too long.

Walking at last in balance, I then found myself in the company of Danny the DEA agent from New Jersey, who was walking his first Camino with his wife, having also been inspired by good old Martin Sheen.

Except that Danny’s wife was not actually present, having not done any training, or even broken in her walking boots before arriving in Porto, leaving poor Danny to walk alone while she moved back and forth in taxis to be in the right place in the morning or the evening.

Some prepare for the Camino, whilst others do not.

Having arrived in Redondela by 11, the end of the day’s stage according to the Book, I stopped for a refreshing OJ and a slice of tortilla with some friendly Germans, including Gunther and Daniella, who encouraged me to walk on further to be with them later in Arcade, another 8km onwards.

I felt good and once I’d secured accommodation with WiFi (thanks to Booking.com), on I went.

The next stage of the walk was absolutely glorious, with spring flowers in a riot of colours in abundance, accompanied by dancing butterflies and endless birdsong. 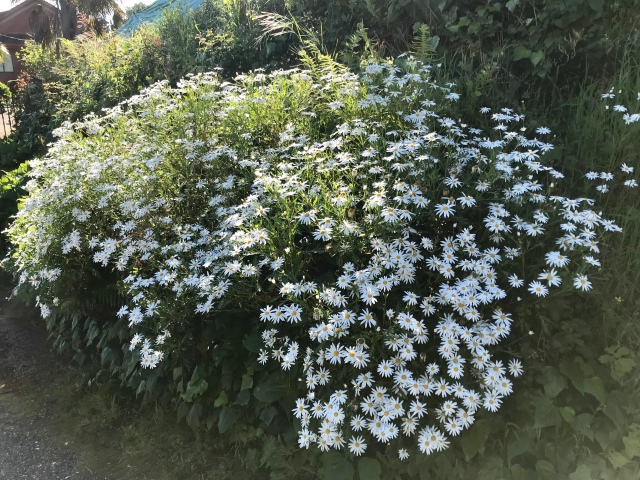 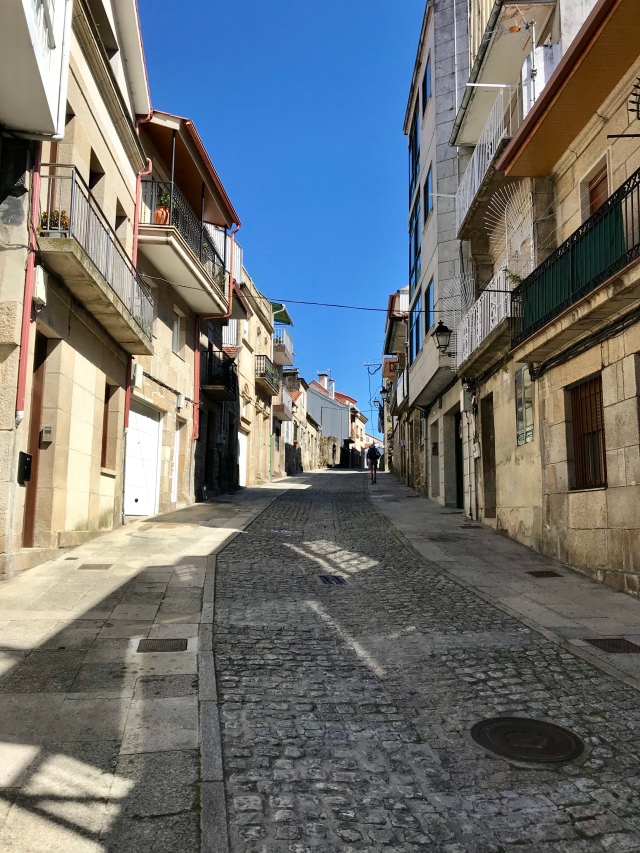 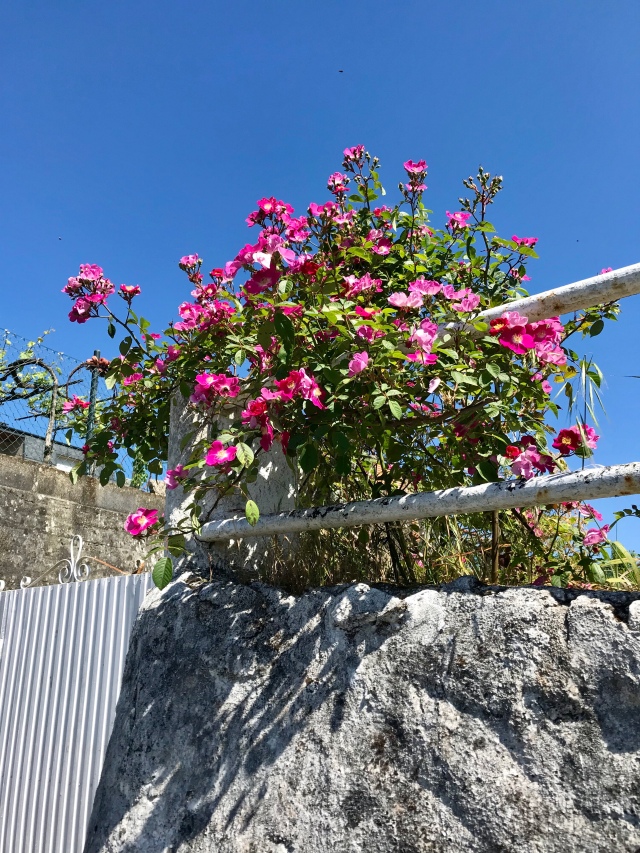 But I was able to return the earlier favour by rescuing a fellow pilgrim who’d missed a subtle left hand turn by about a hundred yards before I yelled a correction in his direction.

A hundred yards saved can make a big difference at the end of a walking day.

Then I met Ingrid from Holland at a donativo fruit stand, sitting there with a look on her face that told you she had a lot she wanted to say – about it being her first day, about her mother that she’d lost two years ago and of her yearning for answers and direction and meaning.

I listened and I said as little or as much as I thought might be helpful, but I’m not sure how much any of it was heard.

Ingrid has a long way to go. 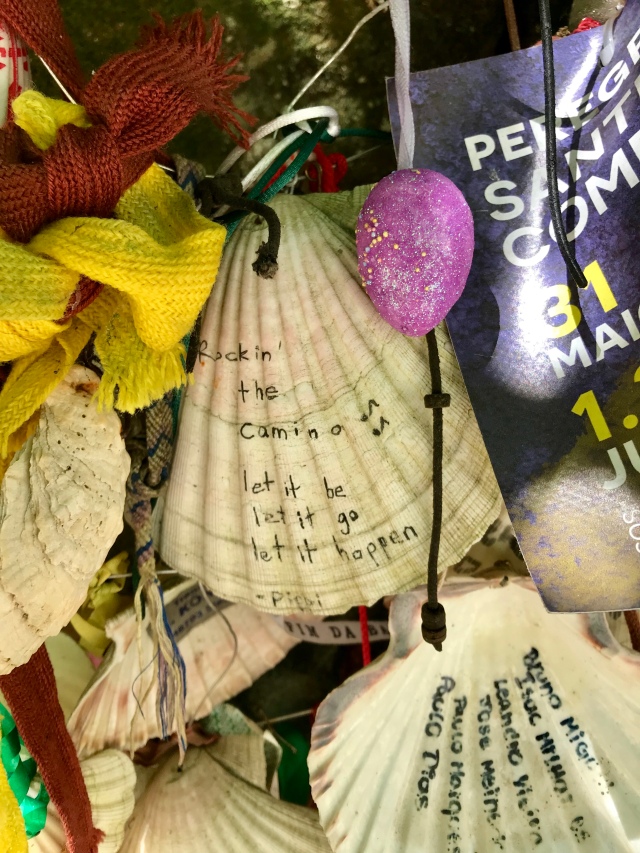 For me, Arcade was just a few more steps away and once I’d settled into my latest casa rural, with a few beers and some Pringles, it was time to dial into BBC Radio Devon for coverage of the crunch game. 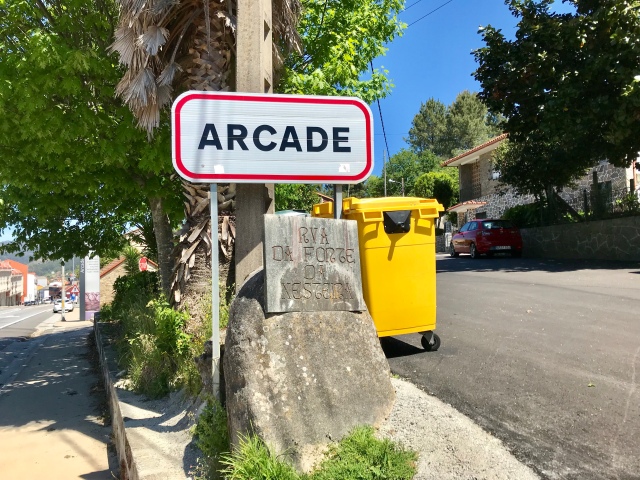 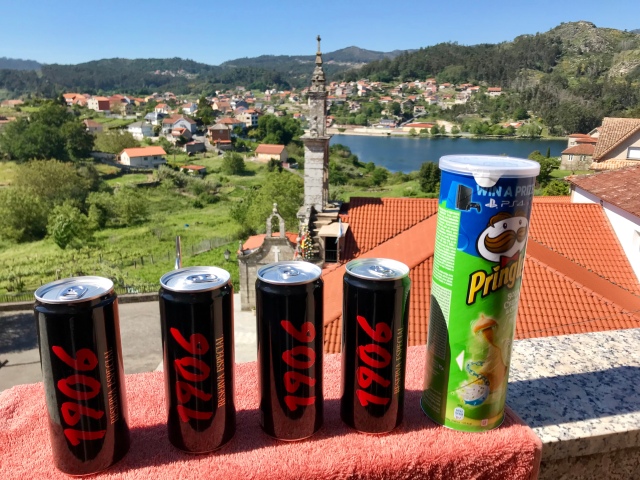 There were even some Unexpected Daylight Fireworks in advance of kickoff, just to help me build a bit of atmosphere.

But the afternoon did not go well for my team, victorious on the day, but condemned by 45 previous results and a better performance by one of our rivals.

As ever, the Outside World almost guarantees a degree of disappointment when it is allowed to intrude on a camino.

Tedious Cough: ongoing, waking me up at 2am almost like clockwork

Number of times “Buen Camino” was said: About ten