Last night, as I prepared for bed, the woman on the top bunk bed above me asked for my help.

I’d suggested that she could easily move to a lower bunk bed as the dormitory in our albergue was nowhere near full, with just nine pilgrims at the communal dinner that night.

Instead, she quietly whispered that she needed help to escape from her “Camino partner”, a man we had not seen, but who she said was controlling her.

It took a moment or two for these words to penetrate my mind, which was still revelling in the combined glories of the Gaudi Episcopal Palace earlier that day in Astorga, a fair amount of red wine at dinner and Pink Floyd playing on the patio speakers.

But a look into the frightened and fragile face of this woman was enough to wipe all that away.

Quickly and quietly, the hospitaleros and I combined to move the woman and her possessions to a separate room and to try to understand more clearly the nature of the situation.

Language differences and the need for swift action meant that further clarity would have to wait, but the albergue staff and I could see that this was a strange and serious issue and the best solution would be to allow her to stay as long as she needed to gain separation from this other individual.

As I write this, I still have no idea who this person is, or where he is, so there is no opportunity to question or check the other perspective.

Coming quickly on the heels of The Eamonn Incident, it still seems barely believable that such a situation could have occurred.

I’d been speaking to my Aunt earlier that day about the relative freedoms we were both experiencing at the moment – her for riding a horse again for the first time in 20 years and mine, obviously here on the Camino.

Yet here was a soul who felt unfree, trapped and desperate enough to ask a stranger for help.

I hope her next step will be made by herself. 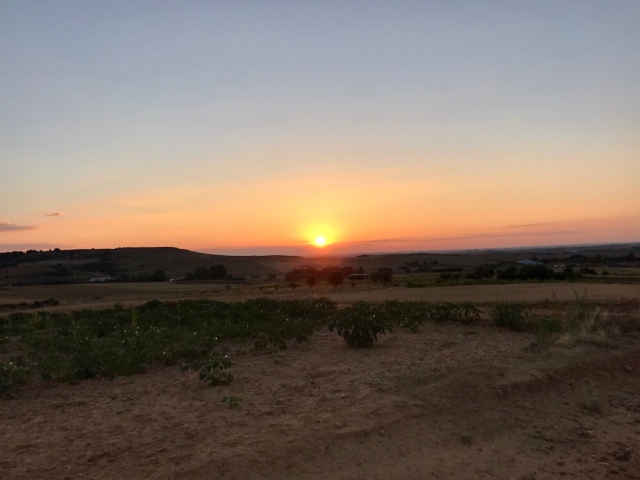 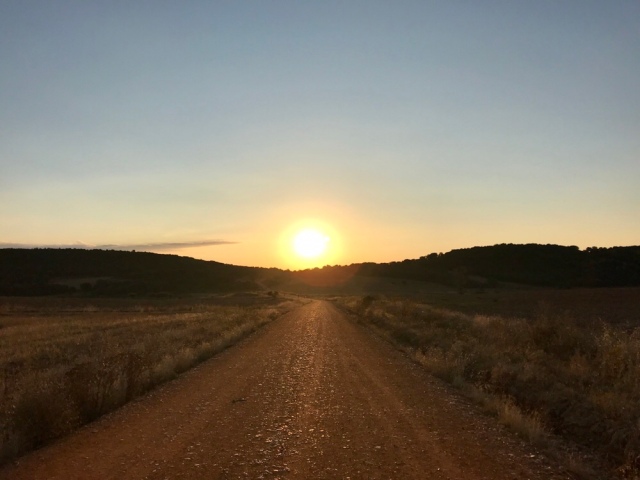 Another glorious dawn saw me make swift progress from Villares de Orbigo towards Astorga, about 14km away. 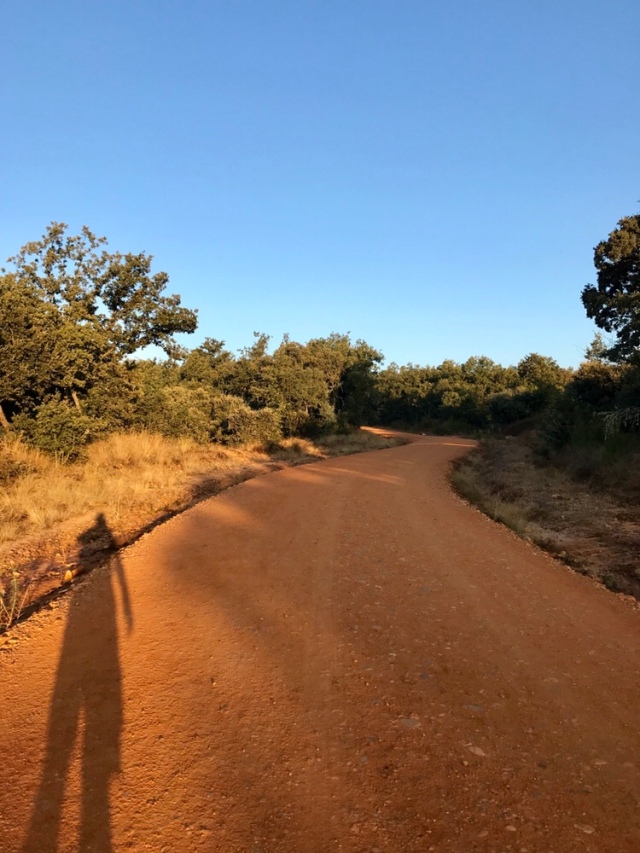 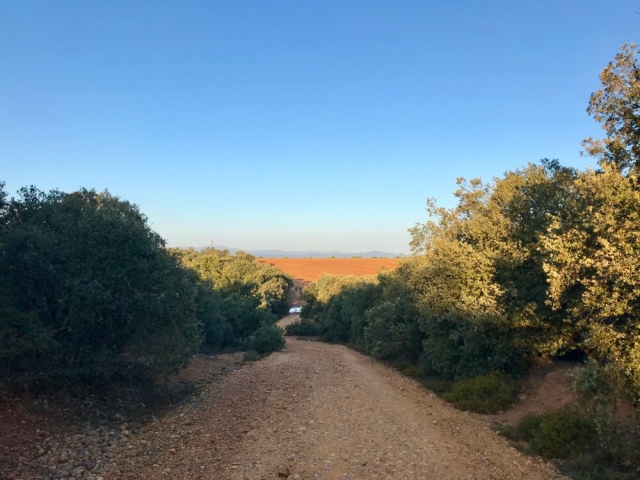 It was splendid walking, through high farmland with actual curves in the path to savour.

I couldn’t help notice this discarded self help book on business techniques along the way. The owner clearly didn’t need to carry that weight any more. 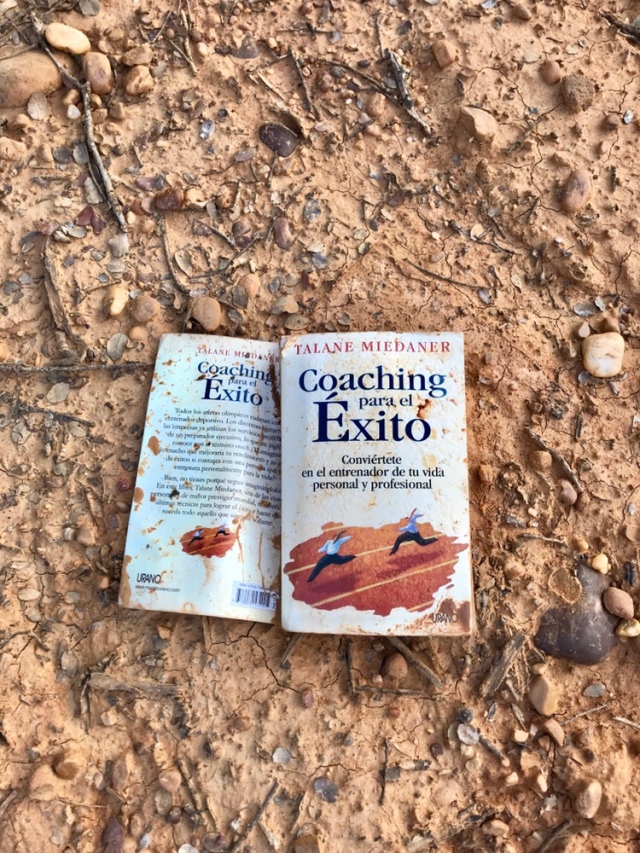 At the top of today’s climb was an oasis of fruit, hard boiled eggs and tea, offered by David, who had been providing succour to Peregrinos like this every single day for nine years. 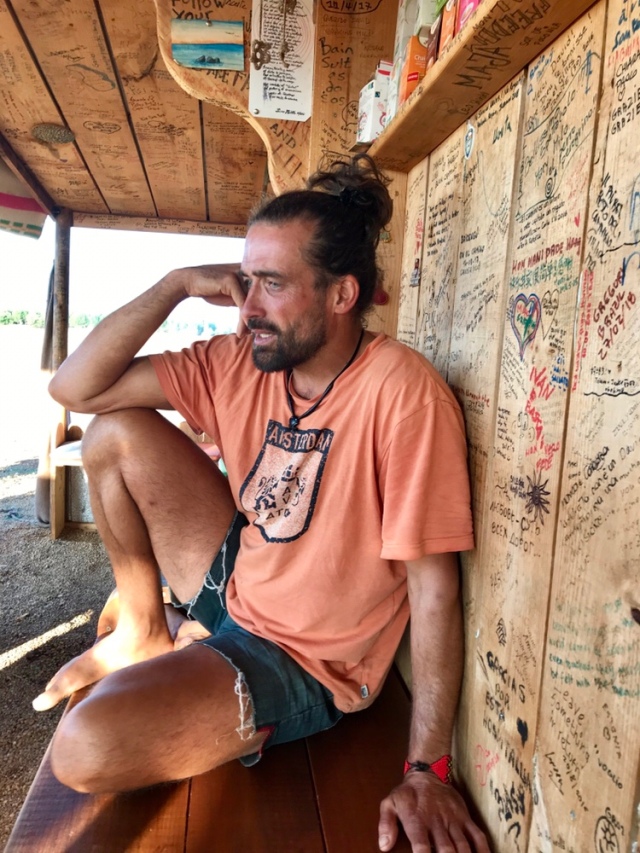 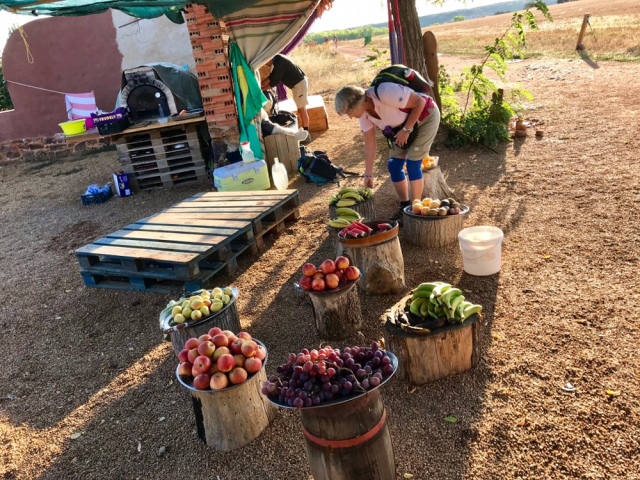 His offerings were gratefully received by all, but I detected a weariness in him and a desire to walk again himself. 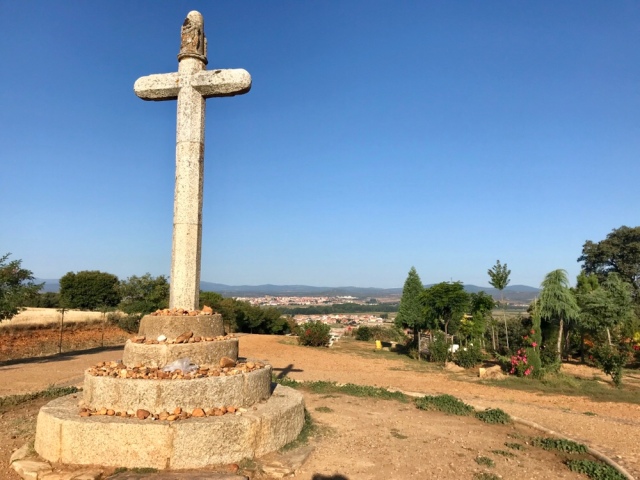 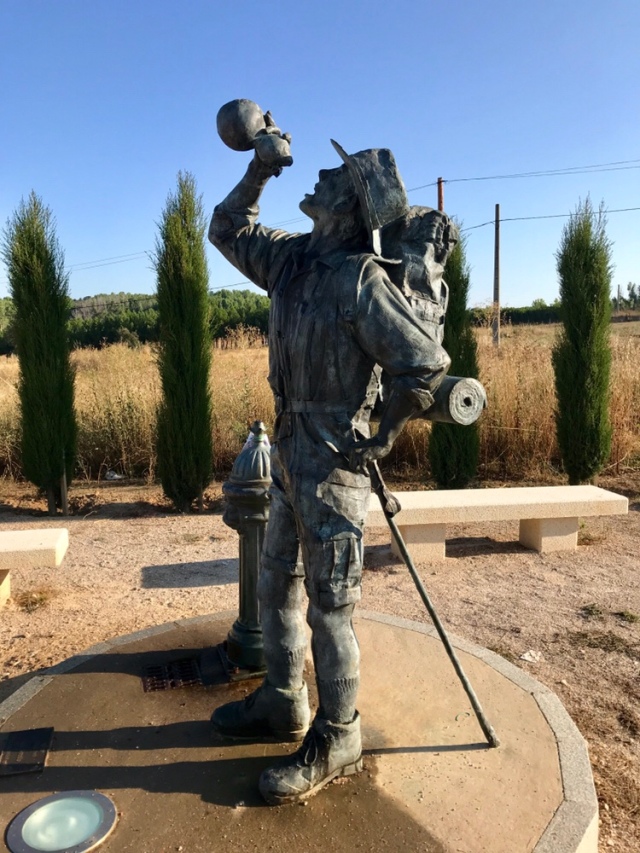 Astorga soon appeared on the horizon, with all of its bars and restaurants and another Cathedral, but I was keen to visit the Episcopal Palace, designed by Gaudi. 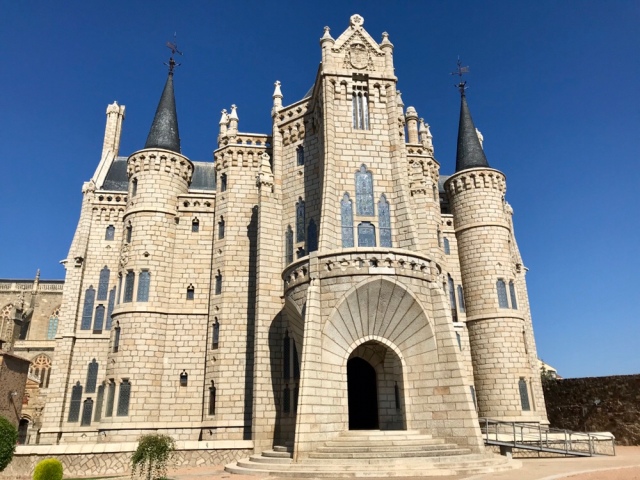 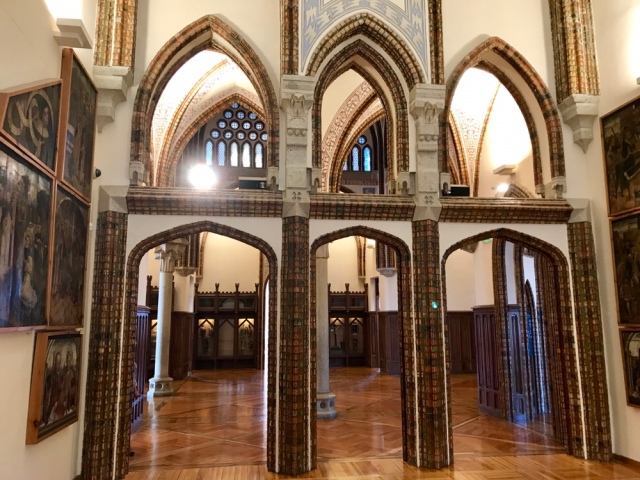 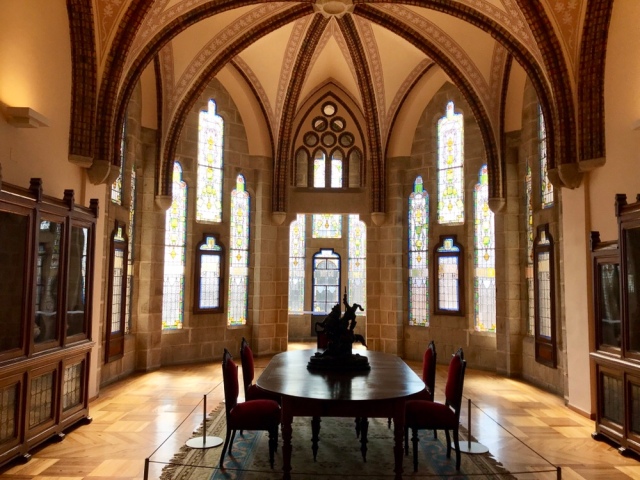 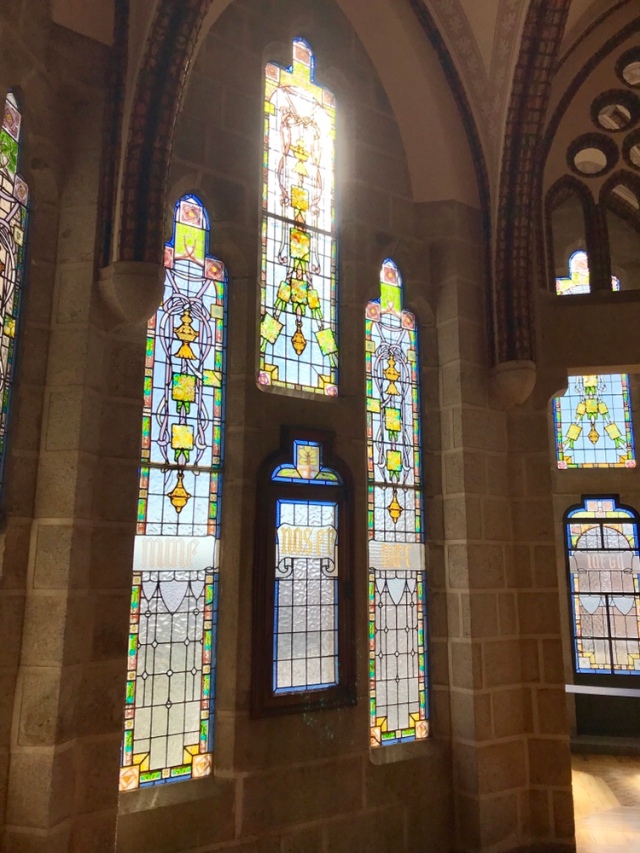 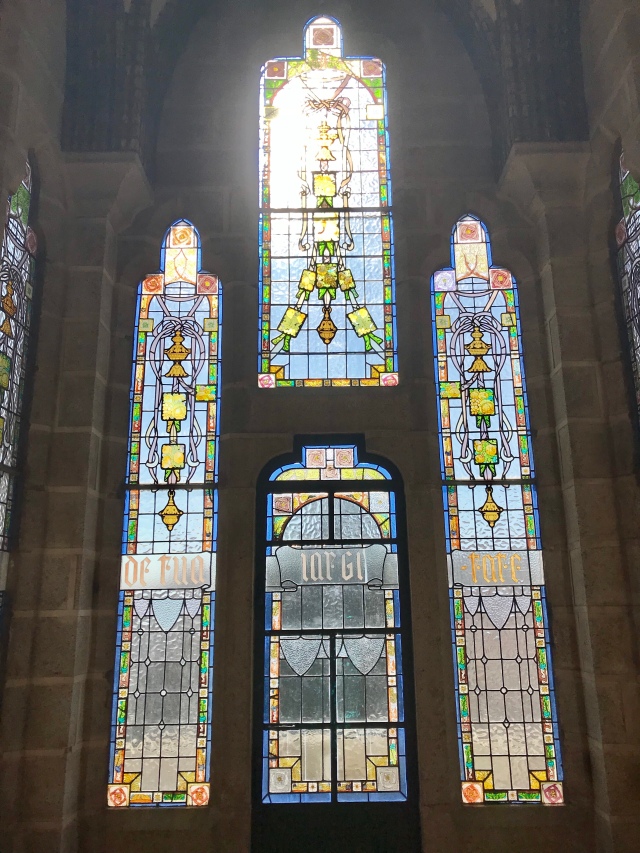 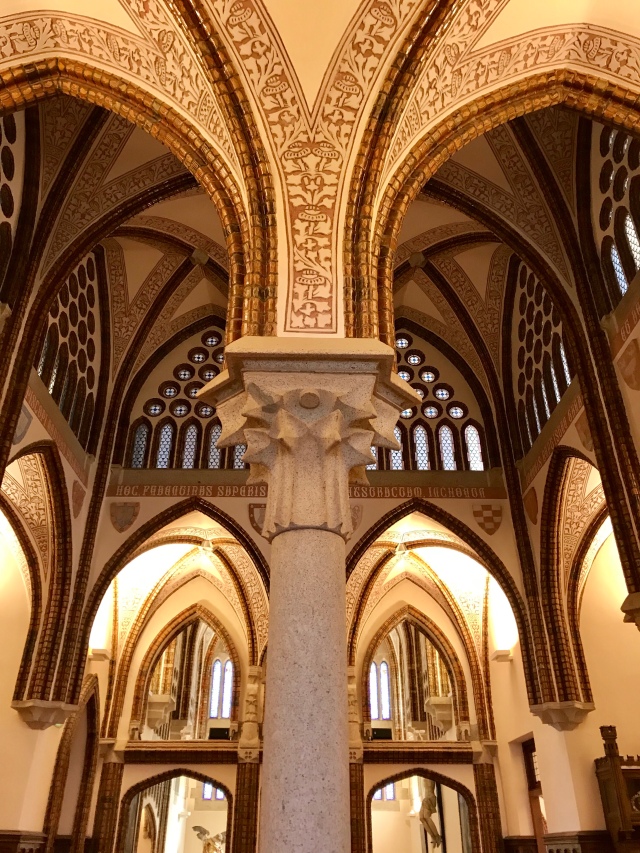 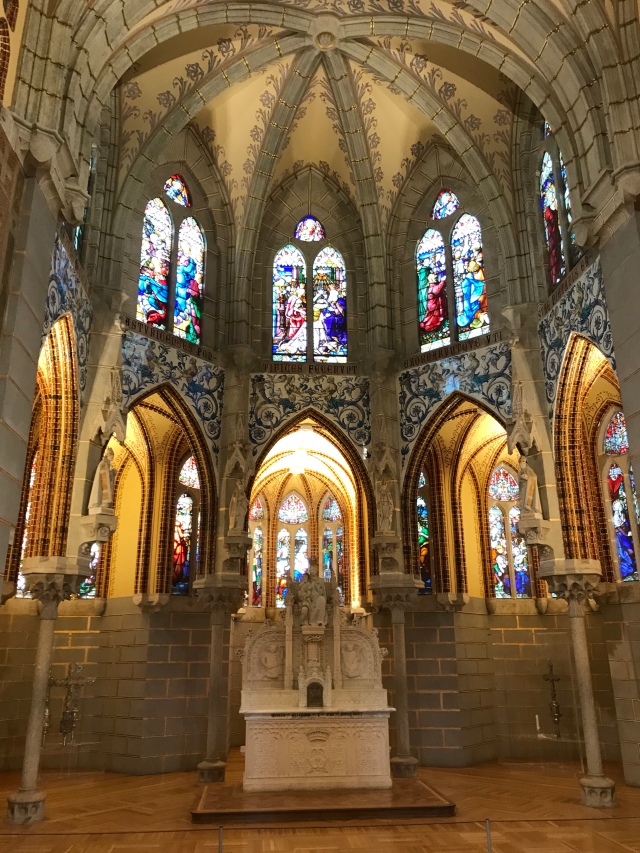 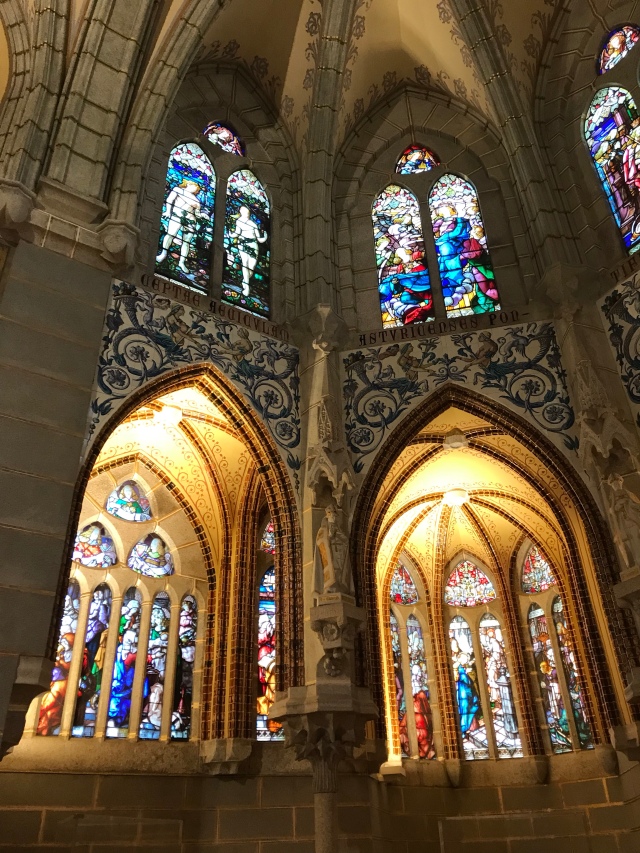 Astorga is nearly the last great settlement before the mountains rise up again, with smaller settlements providing shelter and sustenance. 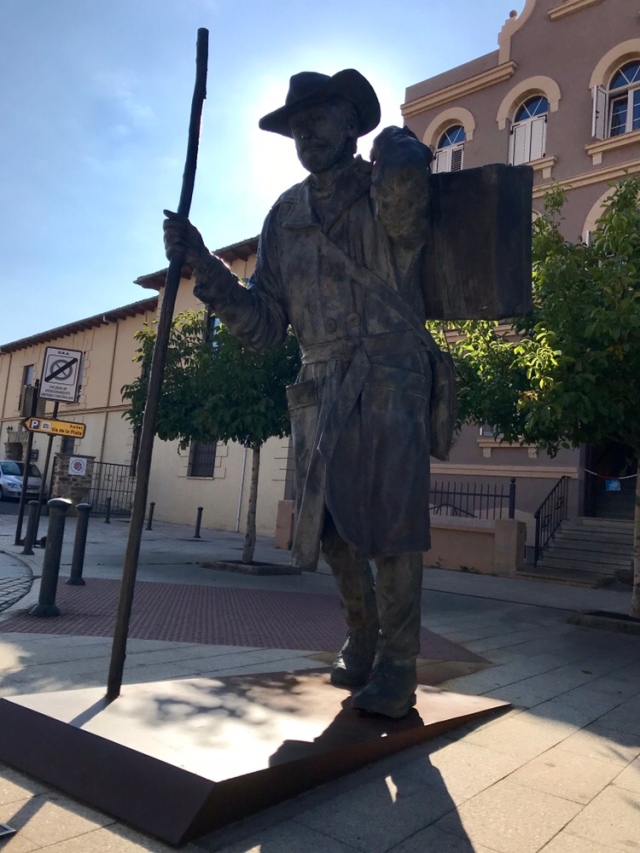 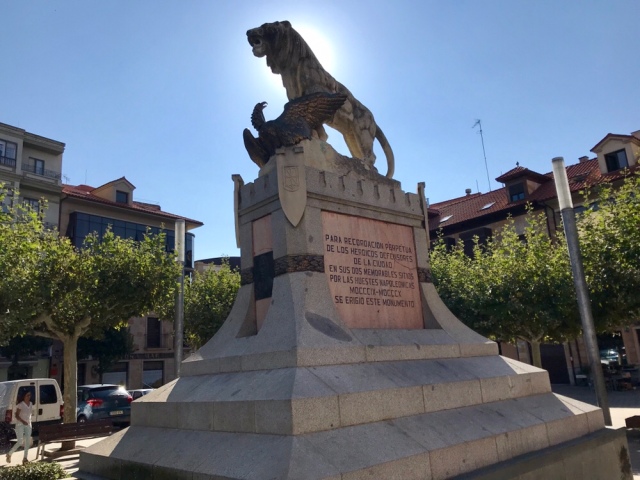 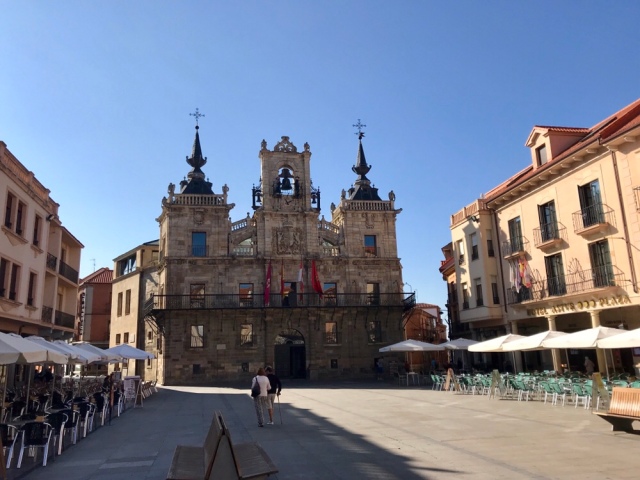 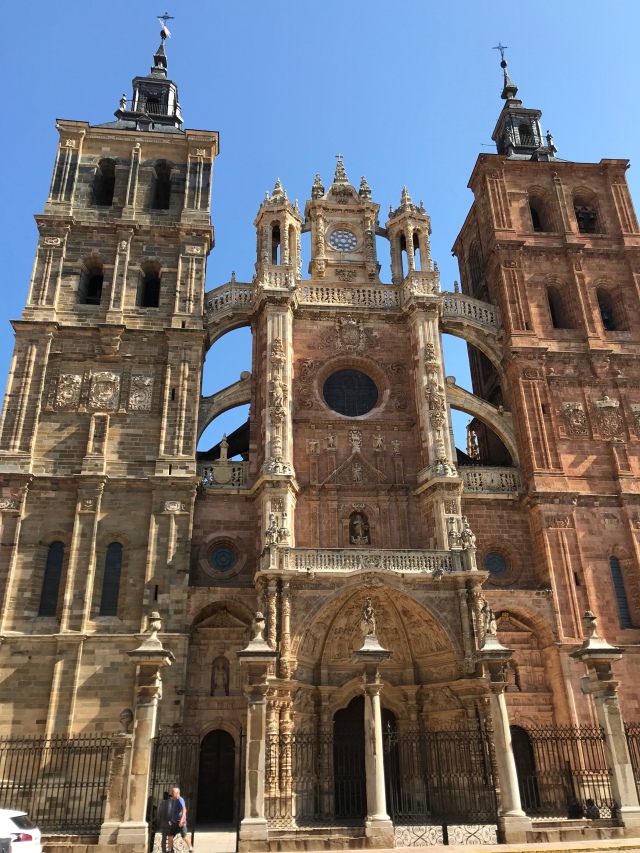 From here, the going will be tougher, the climbs will be higher and the effort required will be greater.

But if I have the courage of the woman in the top bunk bed, I’ll be all right too.

Even before the highly unusual events of The Woman In The Top Bunk, Julio and Emilio and his team had already provided an excellent haven for us all – a warm welcome, comfortable bunks, a gorgeous inner courtyard, Pink Floyd on the speakers and extremely good food. Memorable for so many reasons. 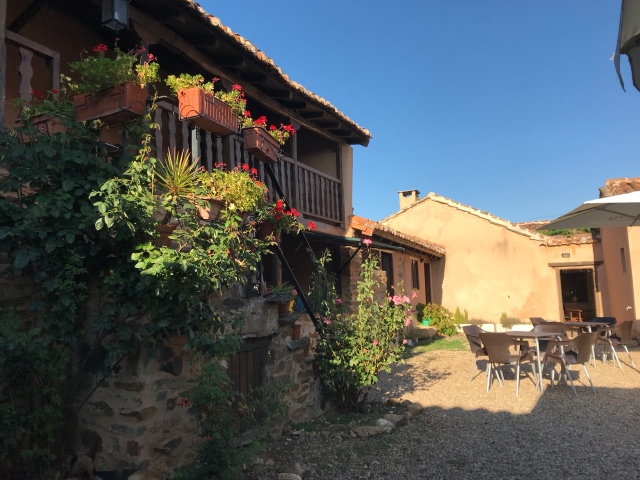 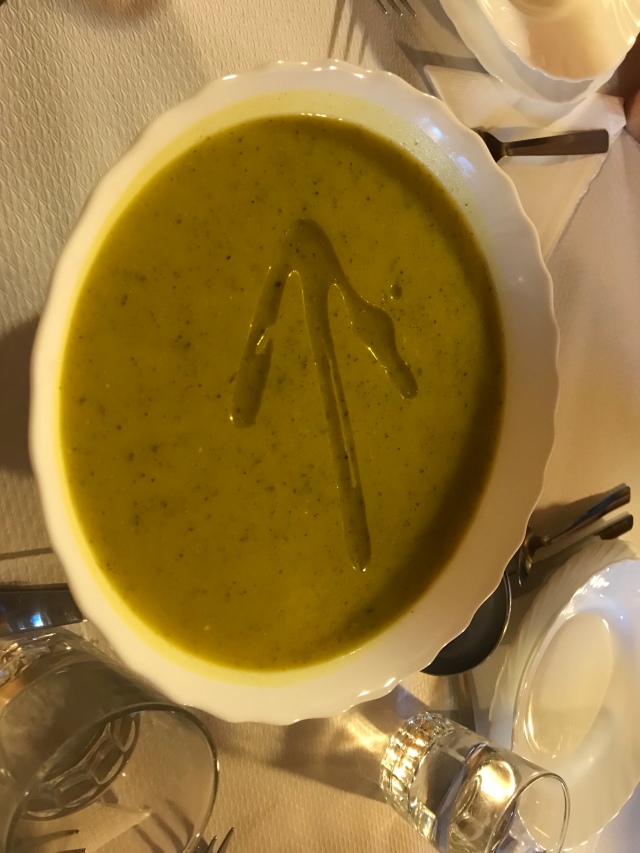 All departments AOK, apart from an occasional whinge from Left Shoulder.

Number of times “Buen Camino” was said: Back up to about 30

Song Repeatedly Played By My Brain: Boys of Summer, by Don Henley