After the sociological dramas of the last two days, it was something of a relief to simply get up, strap on my mochilla and walk from one place to another again.

But not before a moment of concern.

The morning after the night before and The Woman In The Top Bunk was still sequestered away in a safe place.

But we had forgotten to move her shoes there too and The Man she feared was now there, stomping around and demanding answers.

But his bluster was met by our bluff and he was foiled.

The Woman In The Top Bunk would remain there safely for the day, with new travel plans made to continue and confirm her escape.

Relief for all but one – and now it could be just another day on the Camino.

And what a lovely day it was.

After a slow and gentle ascent through the gorgeous stone village of Castrillo de los Polvazares, a breakfast stop at Santa Catalina saw an unexpected reunion with two friends from the very first day, that brutal introduction to the steep sides of the French Pyrenees. 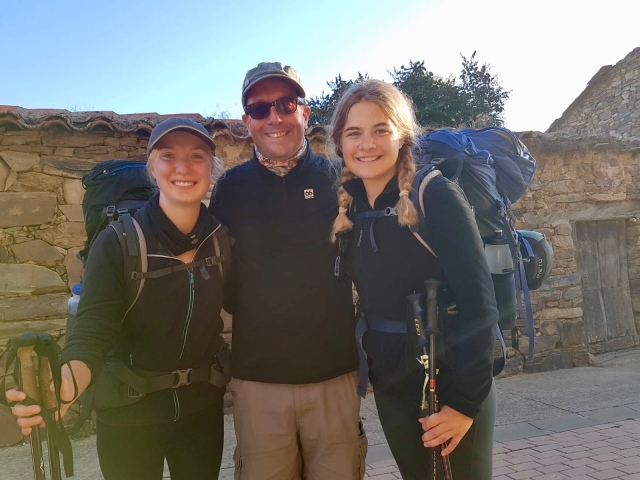 Maya and Franzi had been suffering with blisters straight away on that first morning, whilst I had been generally struggling with the whole concept.

Here we all were, three weeks later, tanned and cheerful veterans of the Camino, chattering happily about our separate but similar experiences.

A wonderful moment and I’m sure we’ll see each other again in Santiago.

Along the way were some other unexpected sights, such as the Cowboy Bar at El Ganso and a tethered eagle at a charity stand. 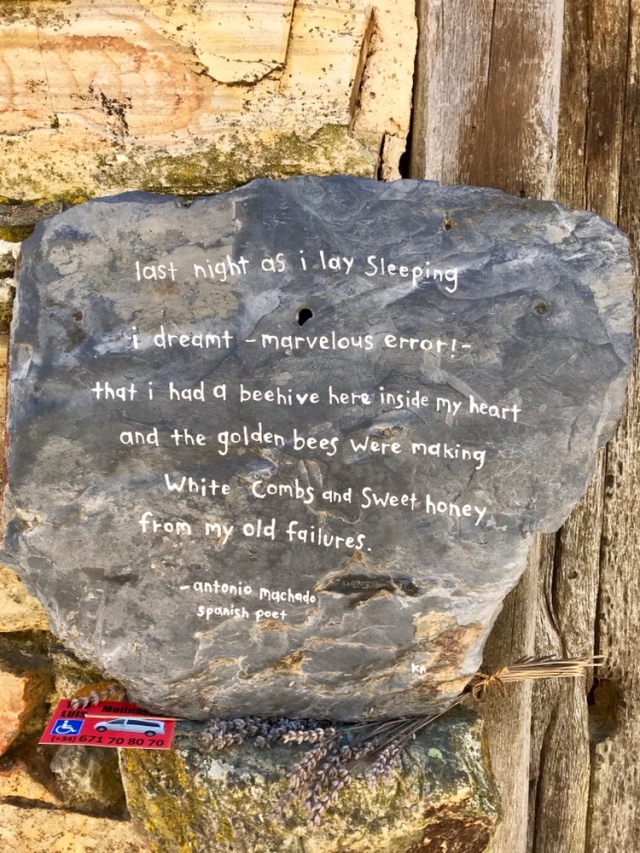 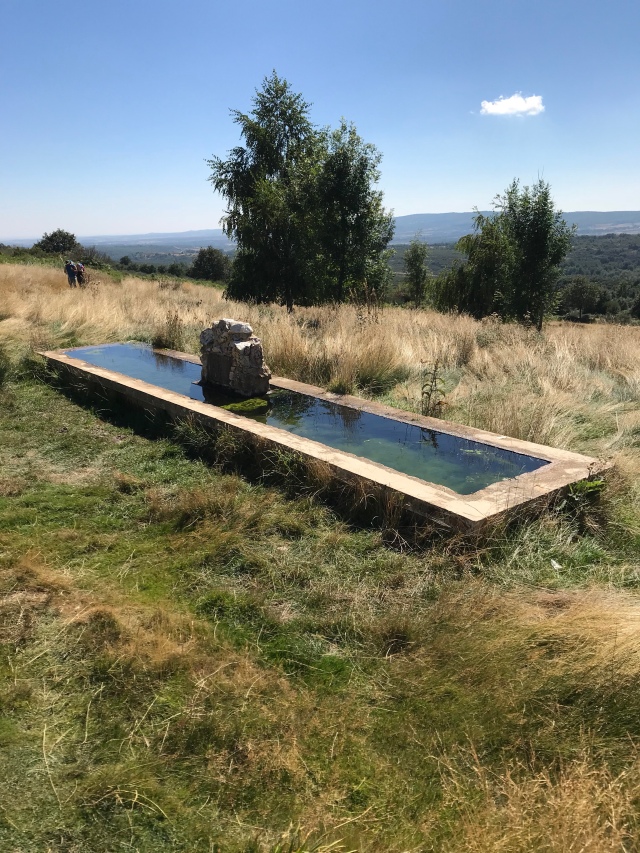 The path took us inexorably up and up and up as we approached the highest point on the Camino, and there were a few moments of questioning ourselves for going beyond Rabanal for another 5km ascent to reach Foncebadon.

But we made it.

Our rewards for this extra effort came in different forms – for me, it was three pineapple Soleros in half an hour and another reunion, with my bike buddy, Janet from South Australia.

Six of us went for a proper dinner at the neighbouring “medieval restaurant” and I naturally opted for the “Pilgrim Hamburger”, as this is undoubtedly what the medieval Peregrinos would have eaten. 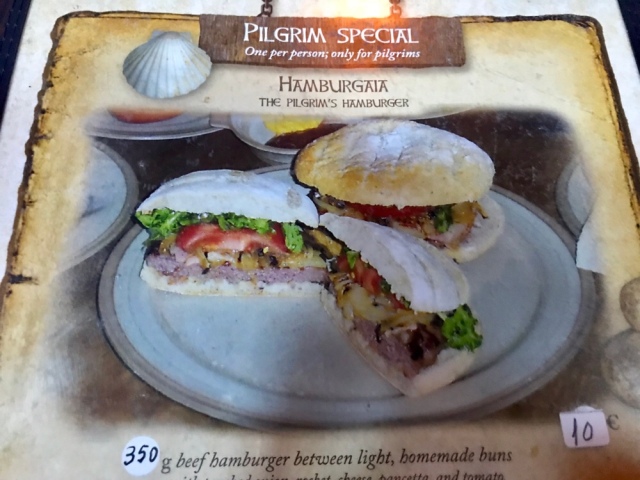 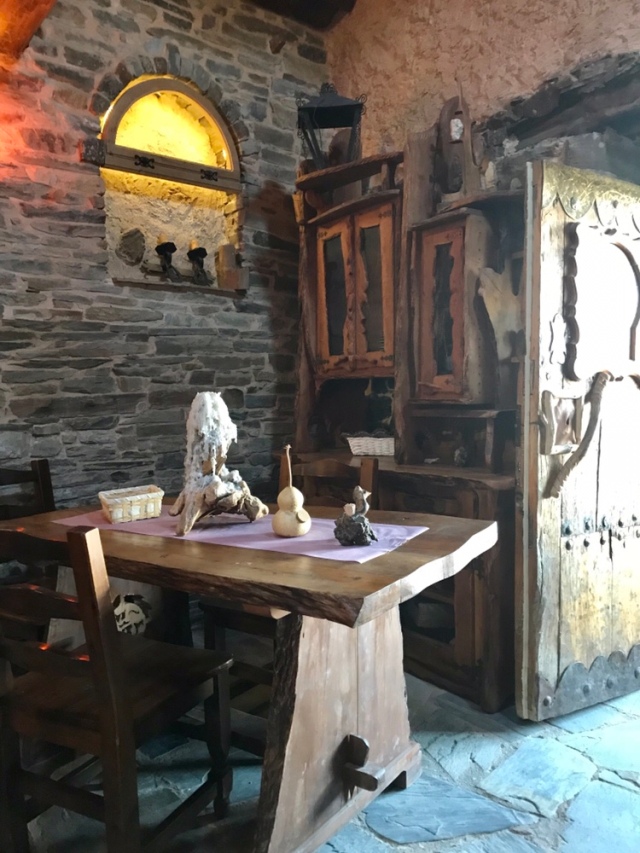 It was enormous and it pretty much defeated me – the effort of the day’s ascent and eating this medieval meal led to an extremely early night for us all.

In a little while, we will continue upwards for another 2km to reach Cruz de Ferro, a highly significant point on the Camino.

What a treat it is to simply be thinking about that again.

It’s geographical position as the first albergue in Foncebadón won it our business as we were all too tired to go on, but it turned out to be very good, with modern facilities and lovely staff, particularly Nino. Excellent.

Number of times “Buen Camino” was said: Back up to about 30

Song Of The Day: Just Like Fred Astaire, by James.

One thought on “Just Another Day”