What now seems like A Very Long Time Ago, I pulled on my rucksack, laced up my Timberlands, took a deep breath and began my Camino by following Napoleon’s route from France into Spain by clambering up and over the Pyrenees.

I’d asked people before starting the Camino about the toughest stages and most had said that first day, from St-Jean-Pied-de-Port to Roncesvalles was going to be the hardest.

But others muttered darkly about O Cebreiro, another similarly steep ascent that involves a height gain of about 700m, lying in wait deep into the Camino on the border of León and Galicia.

The shock of the first day’s climb would have been balanced by freshness, enthusiasm and innocence.

I’m about to find out which is the toughest, as I’m facing 12 quite steeply uphill kilometres this morning, taking me from Vega de Valcarce right to the top of O Cebreiro.

It’s an uncertain detail, but I’m told that a Peregrino will gain 18 vertical kilometres over the whole of the Camino, only to pretty much give them all back again by the time they reach Santiago de Compostela.

This is part of the test of the Way – putting in a great deal of effort to ascend a hill, knowing that it’s all going to be handed back again a bit later on.

I suppose it’s a metaphor for life – it’ll have its ups and downs, some easy paths and some very tricky scrambles, but that it all pretty much balances out in the end.

The latter part of the route into Vega de Valcarce was one of the less pretty stages to date, hugging a winding main road that repetitively curved left and right, with enormous flyovers competing with the foothills for attention.

But this reminder of urban modernity was easily cancelled out by the glories of the Bierzo on the morning’s walk from Pieros to Villafranca de Bierzo and beyond. 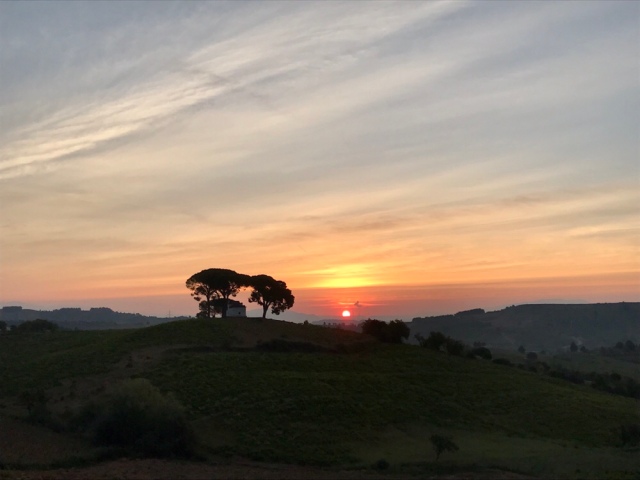 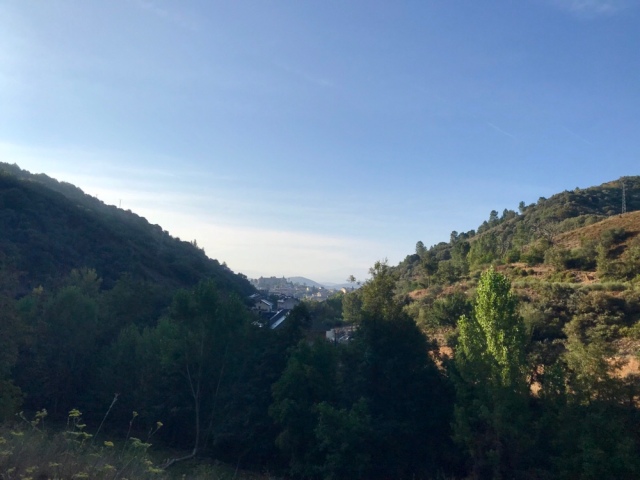 We also had the excitement of witnessing a cycle race pounding through Villafranca as we arrived.

Still, no cycle envy from me.

As the latter part of the day tested my determination, it was splendid to see a Kate Tempest lyric added to a Camino sign.

She might be proud of that, even though the text isn’t quite right.

By the end of today, I might have a small reason to be proud too.

We opted for a little more luxury and were delighted with the pretty high-end feel of Pension Fernandez, with its pristine towels and three pillows on each bed and a boiled sweet too. Decadence and just what we need to prepare for the day ahead.

We arrived at 5.30, to be informed that no food would be available until 7.30. Then the barman played Prince and Springsteen for an hour, so we stayed there all night, with Australia, Ireland, Croatia, England and America represented on a pretty lively table.

All departments are a bit nervous.

There seems to be a real supply problem…

It was a creepy village filled with cats and dilapidated houses. Brrr.

Song Of The Day: Purple Rain, by Prince and covered majestically by Bruce.