A couple of days ago, Aoife observed that my predilection for freshly squeezed orange juice at pretty much every stop probably meant that I was spending more on that item each day than I was on where I slept each night.

This is actually nearly sort of true.

A glass of zumo con hielo can cost about 2 Euros, with price variations depending on the number of oranges being inserted into the machine, the size of the glass used, or just the current mood of the cafe owner.

A bed for a night at one of the countless albergues that dot the route to Santiago can cost as little as 5 or 6 Euros.

So it’s not hard to work out that it would be very easy for the juice expenditure to outstrip the daily rent.

It’s an unexpected calculation, but it’s evidence of the simple genius of the albergue concept that makes the Camino possible.

Most people will aim to complete the Way in about 5 weeks, so if the accommodation charges were as much as it might be on an ordinary holiday, the costs would quickly mount up to being entirely insurmountable for all but a few.

Instead, the prices vary from as little as 5 Euros to as much as 10, sometimes with a simple breakfast included, mostly with an option to add on a communal dinner for another 10 Euros.

That means most albergues will earn a maximum of 20-25 Euros per Pilgrim per night – but more likely a lot less than that.

It shouldn’t really work, but the constant flow of Peregrinos and a high density of beds at each albergue seems to make it all add up.

Some albergues are absolutely fabulous, with wonderful hospitaleroes creating a welcoming atmosphere, offering splendid food and engendering memorable nights of laughter and cheerful conversation for all.

Others are more functional and the facilities may be more clinical and the staff might be more detached from their guests, as we’ve found here in Hospital de la Condesa, where the house manager continued a speakerphone conversation with a distant friend while booking us in and then just waved us off in the general direction of the dormitory.

Her display of nonchalance was a real surprise as it was such a difference to almost all of the other albergues I’ve been to over the last few weeks.

One of the best aspects of the Camino is how it simplifies your life to just picking a place name from the guide book and knowing there’s a haven waiting for you there.

All for the price of a couple of glasses of OJ.

I’m not going to mention anything about bed bugs, fleas, uncertain shower temperatures, creaky bunkbeds, insufficient pillows and the necessity of earplugs for a good night’s sleep, as that would be quite ungrateful… 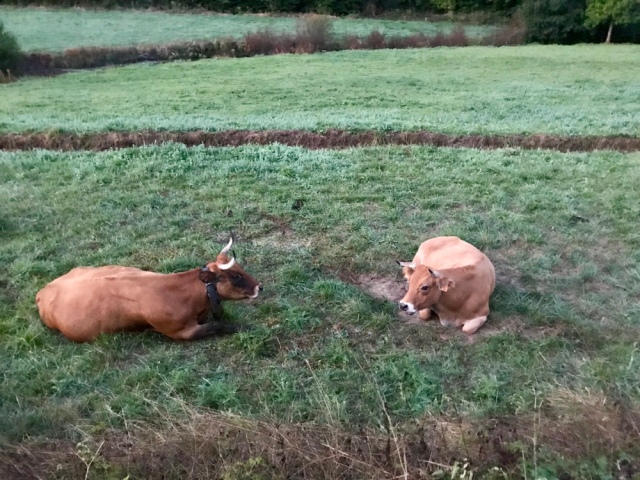 Purple Rain was still very much the “Song Of The Day” as we left Vega de Valcarce early for our assault on the steep slopes of O Cebreiro.

Waving my arms around in sync with the extended guitar solo distracted the rest of my body from the forthcoming 700m vertical climb ahead, but it actually wasn’t really that bad. 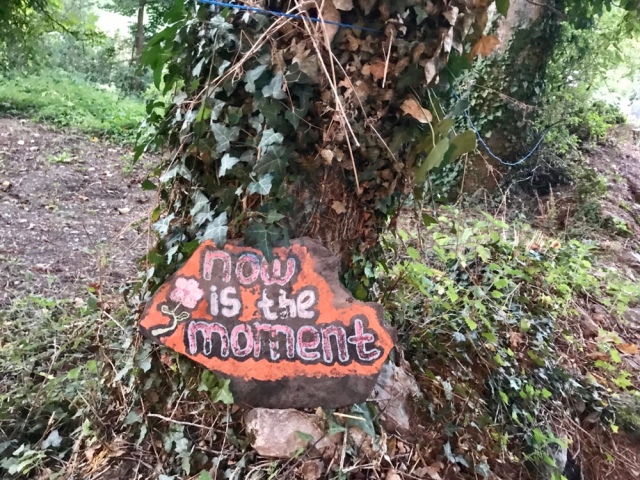 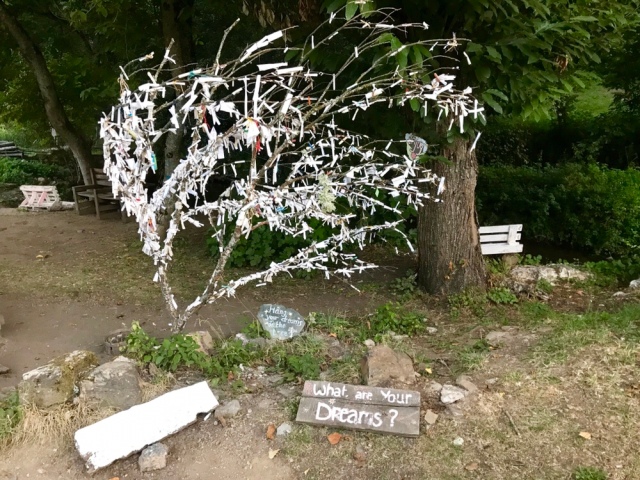 The views all along the path were spectacular and that made the effort seem completely worth it. 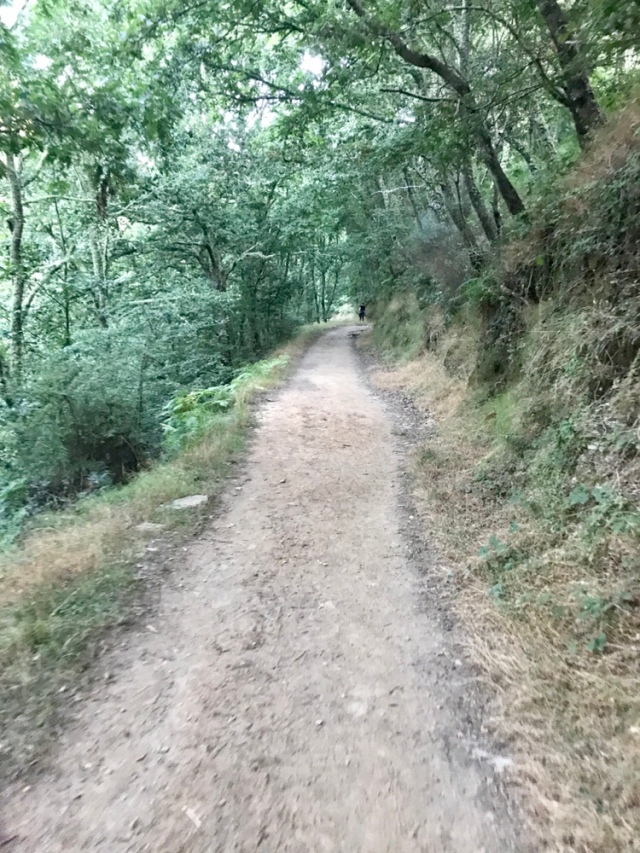 It was great to see Bailey from America again, as she prepared to ride up on horseback.

We’d been warned that as soon as we approached the Galician border that the weather would change for the worse, but as we crossed from León, the sun resolutely continued to shine. 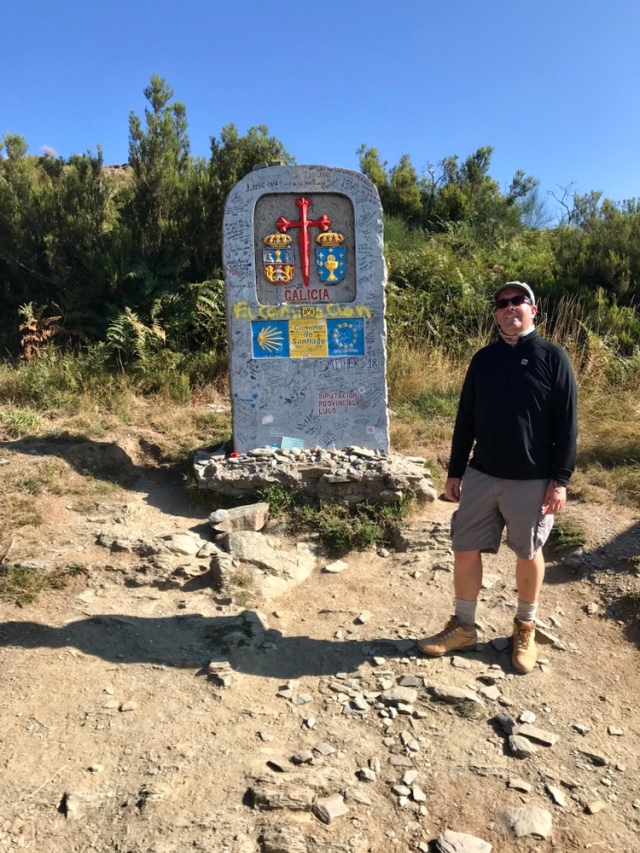 The panoramic views from the peak of O Cebreiro were stunning, certainly compared to the cloud-capped Pyrenees I’d had on the first day and to the general woodiness of Cruz de Ferro a couple of days back on the trail.

Somewhat surprisingly, I felt good enough to push on for a few more kilometres to the amusingly named village of Hospital, where a pleasant night down the pub was had with Iva from Croatia, Andrew from England and Lisa from Canada.

On this occasion, the albergue wasn’t going to get any more than the price of two OJ’s from me.

See above – comfortable, but generally underwhelming and chilly.

All departments were brilliant today.

Number of times “Buen Camino” was said: About 20 (we all needed more oxygen than normal)

Still Song Of The Day: Purple Rain, by Prince and covered majestically by Bruce.