If the pedometer app on my phone is to be believed – and I choose to do so – I’ve walked a combined distance of 481km since arriving here just after Easter.

Given that Reykjavík has endured its most miserable May and June in decades, I think I’d have managed a lot more than that too, if only it hadn’t been raining or blowing a gale quite so often.

Meanwhile, back home in the UK, the summer has, of course, been one of the best in years – I’m not going to Google for proof of that, as you already know this to be true.

Given all that walking, the £10 pints, the significant reduction in consumption of cheese and bacon (both unbelievably unaffordable here), I’m more than a little surprised to note that my beer belly hasn’t reduced by very much at all.

The absence of a summer might ordinarily be expected to be a bit depressing, but despite occasional moments of frustration on opening the blinds to yet another grey and chilly day, my adoration for this wonderful country continues undimmed.

Further exploration is on the cards, but my thoughts are now turning to the next step on the path.

Having been here through a non-summer, I’m disinclined to experience an Icelandic autumn and winter, with the prospect only of disappearing daylight to increase the effects of the capriciousness of the weather.

None of my Icelandic friends recommend enduring here through these months, unless there’s a very good reason to do so – and my current role as a Tuk Tuk tourist guide doesn’t quite rank as such!

So, it’s time to start looking further down the line.

The second part of my “plan” for this year was to attempt to walk the Camino, from the foothills of the Pyrenees across northern Spain, to Santiago de Compostela.

There’s no good reason to do this, a walk of nearly 800km, other than having been inspired to do so by watching a rather lovely Martin Sheen film, called “The Way”. 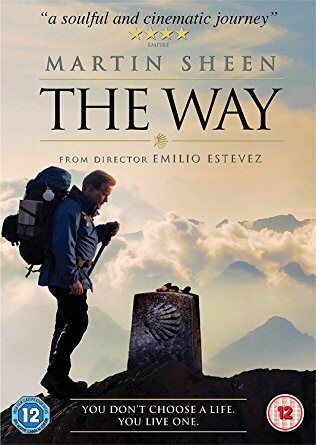 Indeed, as the Camino has always been a religious pilgrimage, my interest in it might confuse those of you who know my position on these matters.

But it’s making plenty of sense to me now.

The philosophical process of opting to follow through on my desire to spend some time off the conveyor belt of work and disobeying the usual conventions of being a “grown up” – quitting my job, discarding furniture, reducing my life to what can be packed into a couple of bags – that was just the first step.

The Camino offers the chance to simplify still further.

In all that I have read about the Camino, the advice is to pack as little as possible, to reduce the weight you take with you, both physically and mentally, in order to make more room for the thoughts you’ll have, for the interior enlightenment you may receive, if only there’s space for it.

I now realise that I’ve actually been walking down that path already.

It’s taken me some time, but I have, at long last, learned to fully relax and stop fretting about money, responsibility and expectation.

The path ahead is more important.

Maybe after those 800km are traveled, I’ll know what to do next.

And maybe the beer belly will be a little smaller too.

3 thoughts on “The Next Step”